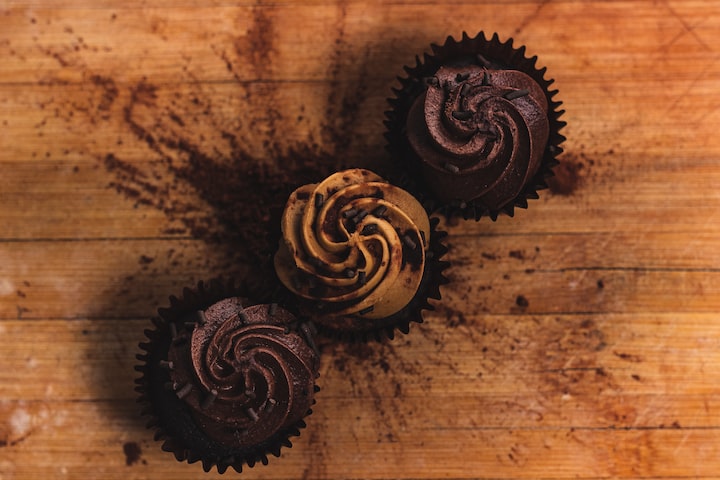 Photo by Jacob Boavista on Unsplash

When Jonathan finally drifted off to sleep after hours of wrestling insomnia, the last thing he expected was to be awoken at 7am by his younger brother.

BANG! BANG! BANG! Lurched him into a dizzy, semi-awake, consciousness, with panic and confusion dancing in his chest. In the exact same second the door swung open and the family burst into his room. “Get up! It’s your birthday!” They squealed in an imperfect unison. Or words to that effect… I’m paraphrasing, of course.

The two German Shepherds, Ronnie and Reggie, spared no time in jumping up onto the bed and licking his face like two excited German Shepherds licking their owner’s face. Poor Jonathan, or Jonah as his friends would call him if he indeed had any, was left barely a moment to catch his breath and process what was happening.

He supposed it was his birthday, after a moment or two of battling the two giant hair-balls prancing around his bed, but couldn’t comprehend what the big deal was. The ‘big two-four’ was not a thing people made much fuss over, he reasoned, which meant that, in conclusion, his being awoken at ungodly hours in the morning after only a few short winks of sleep, was more an inconvenience than anything to be excited about.

Go figure. Even on his birthday he needed to feel exhausted. God forbid he were allowed to sleep-in and get some actual rest for a change. Now that, would be dangerously close to a pleasant day.

How could he blame them though? In their attempts to understand his issues they always came up short, so they couldn’t possibly understand how for one day of his life he’d like to receive what he actually needed, over what they thought was fun for them. Ten years of struggle is a usual amount of time to ignore the crippling pain, exhaustion, depression and lethargy of your loved ones, right?

After the compulsory words and encouragement to get up and out of bed, and of course after the required amount of smiles, they agreed to close his door and shoo to allow him a few moments to cover up his sweaty, exposed arse, and spare them the pain of copping a peek at his morning… well, you get the point.

He’d not long smoothed out the final crease in his bedding (order begins in the bedroom) before his mother called up to him that his coffee was ready. That managed to coax a little smile from him. Or a smirk at least, which was about the best anybody could expect from somebody like him. It crept up on him, he cursed, and he swore it wouldn’t happen again for the remainder of the day. Stupid emotions, doing what they want all the time.

He staggered downstairs in his tattered dressing gown with all the enthusiasm and elegance of a mule carting a bunch of twenty-something ‘animal-rights activists’s’ crap through the desert: exhausted, dehydrated, and all out of fucks to give. In the kitchen, on the small, impractically round table, sat his coffee steaming in his favourite mug, and an assortment of gift bags and wrapped presents.

There in the centre of the glass surface was a large chocolate cake with, what one can only presume was, twenty-four candles haphazardly jammed into its whipped mousse-like topping. What even is that stuff? He wasn’t sure, and he wasn’t sure anybody was sure, but he sure did enjoy the smell of that chocolatey goodness filling the air alongside the most-assuredly percolated coffee.

“Happy birthday!” They exclaimed again, this time with a greater deal of synchronicity. Mother must have had them practice after the awkward failure presented to him upon waking. Upstairs, where the magic didn’t happen, because he was unable to get a girlfriend.

On the surface he was happy. He was surprised to have received such a fuss, and was more than grateful for the sight before him. His family, his dogs, his presents neatly wrapped. The fact that anybody had even gone to the trouble at all. But he couldn’t hold in the sigh at the thought that a birthday shared with a ‘significant other' would’ve been a great deal less somber.

If there were an award for the most uncomfortable, janky, awkwardly-sung but compulsory song in the history of man, ‘Happy Birthday To You’ would win a thousand times over. Most people want to mime while other voices take over (which would most often be a grandparent that had lost the ability to either hear themselves or care about how they sounded) and the rest would form an awkward, whispery mumble of varying decibels as each participant fluctuates in confidence. The receiver of the song, or the victim as is more correct a terminology in this case, would stand awkwardly in the middle, unsure of whether to smile, act flattered, cry, or bury their head behind their hands in embarrassment. So yeah, they did that.

Jonah opted for the ‘roll his eyes and shuffle around’ option until the torture was over. As he approached the cake to blow out his candles, his father, despite the fact that Jonah was well into adulthood now, prompted him to make a wish.

I wish I never wake up again.

The thought came immediately and without resistance. He blew out the candles, and alongside his blow, wind shook the windows and rain began to soak the earth.

They each enjoyed a slice of cake while the storm raged outside.

You may think I’m going to tell you that our poor Jonathan died that night as a result of his poorly chosen birthday wish. Well… you’d be wrong. His words tortured him overnight, recalling the urge to wish his own life away, and the ferocity by which he meant it, over and over again until sleep finally claimed him in the early hours.

When he awoke the next day he knew what he had to do. He spoke to his mother honestly, made a call to the doctors, and finally made the decision to start helping himself out of his depression. It wasn’t a smooth road from there, but with ownership of his issues, and the love and support of those around him, he got himself on a steady incline. He even found himself a girlfriend, later married her, and had a couple children of his own. His life wasn’t perfect by any means, but it was a life lived well enough with the expected amounts of ups and downs along the way. And, perhaps most importantly, coloured with love.

You may think I’m going to tell you that I lied just then, and our poor Jonathan did in fact die that night as a result of his poorly chosen birthday wish. Well… you’d be half-right. For whatever reason, and by the will of whichever powers-at-be that exist around us, Jonah found himself unable to sleep at all that night.

It wasn’t until the fourth night of painful insomnia that he realised he may have truly done himself over with this wish. With eyes as dry as the Sahara and as red as a baboon’s arse, he reaped the repercussions of his own morbid actions, and accepted that he may truly never sleep again.

They ran tests and found no reason for his inability to sleep. They attempted to sedate him with no luck. Schizophrenia and hallucinations set in. His dreams, and nightmares, became indistinguishable from reality. It was a true anomaly. He endured weeks of torture before he finally died of exhaustion, and by that time, he had more than realised how much he never meant that wish when he made it.

You may think I’m going to tell you that I lied again, and that our poor Jonathan died that night as a result of his poorly chosen birthday wish. Well… you’d be right. It’s long been said that one should not underestimate the power of a simple birthday wish. On a birthday, all the old gods and spirits have their eyes on you. For the few of you that actually make a sincere wish, one of us is most certainly listening, and you’d better make sure your wish is a good one for it will be granted.

My brother once cut the hair from the head of my wife while she slept and allowed himself to be impregnated by a horse to avoid losing a bet—he’s hardly going to bat an eyelid over sending one of you to the afterlife for being foolish enough to wish it upon yourself. He’s troubled, is my brother, but the old ways are the old ways, and the big guy with the all-seeing eye isn’t going to change them any time soon. Despite how many things you think you understand, regardless of how many discoveries you think are groundbreaking. You’re simply our play-things, for entertainment, like dolls in your daughters playhouse.

So be wary, humans, for that is the true ending of this tale.

This flash fiction took a while to conceptualise, but in the end I think it came togehter pretty well. I enjoyed the god-mode style of narration, and that triple-ending was just too damn fun not to see out. But what do you think? You get bonus points if you know who the narrator is. If you love content like this drop a follow over on Instagram and Facebook to stay up to date with new fiction and lifestyle related content.

If you enjoyed this flash fiction I ask that you consider leaving a small one-off tip to help support future content. I've got a lot planned, from themed months, E'zines, books, and more. A life surrounded by words, the ability to bring more content to inspire, uplift, frighten, and entertain, is all I want for my life. And besides... who knows who's watching...or judging?

More stories from Gary D Holdaway and writers in Fiction and other communities.