by CD Mosby about a month ago in Mystery
Report Story 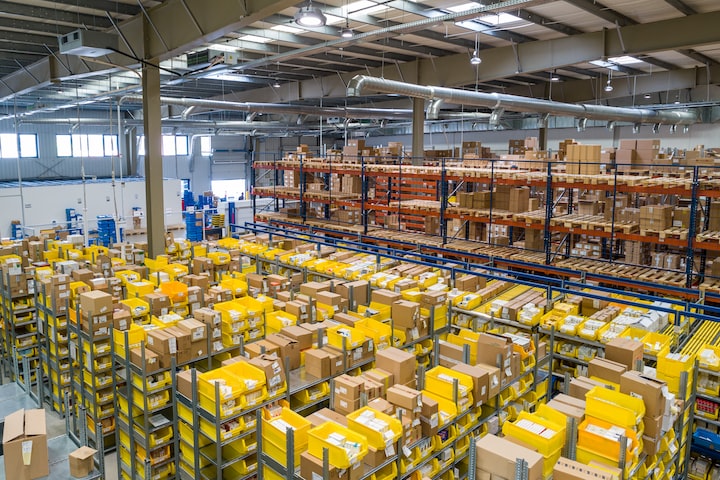 Photo by Adrian Sulyok on Unsplash

They didn’t find his body for two hours.

He laid on the ground alone, bleeding and dying. Maybe they saw him on a computer screen. Maybe they docked him pay for snoozing on the job. Maybe they added a black mark to his personnel file for slowing down warehouse efficiency. Maybe no one thought to check on him. Maybe they were too afraid to leave their own jobs for even a second. But you’d be hard-pressed to prove any of that.

Before you dole out blame, remember that it’s easy to get lost in C.B.’s cavernous warehouse. The hulking monstrosity is the size of nearly 30 football fields and is the biggest building most people will ever set foot in. All your online shopping is processed there. You buy the vibrator you’ve been quietly wanting and a digital notification hits the C.B. computer systems. That triggers a machine that finds the item in the warehouse, tells a machine to go get it, and your love stick is in motion. It has to travel a hell of a long way though. Most of the workers dashing around the building rack up nearly 10 miles of steps per shift. And those are just the human workers. Humans get tired. Humans need to eat lunch or take a shit or ask for directions. Inside a warehouse like that? Who could blame them. The place was too big for a person to run around all day.

That’s where the robots came in. Machines of all shapes and colors and sizes whirring and rolling. Never pausing to hit the bathroom, never slowing down because of an ache in their knee, never sleeping. The incessant, collective grinding of gears and moving of parts became a deafening cacophony that drowned out all but the most persistent. The humans strained over the din to be heard. When their throats burned and their voices got tinny, the workers gave up on getting to know each other. There was no time to be a person here. There was only the brutal driving efficiency of the algorithm. Those robots were buzzing by you all day, dropping pallets at your work station, moving bins from conveyor belt to conveyor belt, sorting inbound and outbound packages. Quotas needed to be met. Customers needed to be served. Your piss break could wait a bit.

So who would you like to blame for them not finding his body?

Management? That’s an easy target. Who is management though? The so-called “efficiency managers” who drive their teams relentlessly? The warehouse leader? The only way they can keep their jobs is if their teams hit quotas. If their efficiency dips, they could be back on the line in a second. It happened all the time. Promoted Monday, demoted Friday. Back to the line. Enjoy the back pain.

The grunts, then? The just-above minimum wage employees working 12-hour shifts with one 30-minute lunch break that started the minute they left their station and ended when they started working again? The beleaguered rotation of temps and full-timers terrified of losing this job, their family’s sole source of income, of getting yet another write-up from management for not meeting their assigned quota? The youngsters and middle-agers desperately clinging to the one job they could get? Working through unimaginable back pain? Is that who you’d like to blame?

For what it’s worth, a few of them already blame themselves.

Like, Eliza Jensen. She saw his body. Walking to Port 2B to grab a package. Boom, there he is. Body all contorted. She thought something was wrong, even. People didn’t lie like that. Their necks didn’t twist that way. Faces don’t have that much blue. And she swore there was a bit of blood caked on the corners of his mouth. She held her cell, stared at the screen, thumb over the emergency button, but…no. She decided to move on. Didn’t even check his pulse. Nope. She was behind quota for the day, badly, and couldn’t afford the moments she’d already wasted staring at what might have been a corpse. Her efficiency manager had written her up two days earlier, otherwise she’d have checked. God, believe her, she would have checked.

When they did find him, 123 minutes after he’d first been crushed by the machine, they quietly used a forklift to pry the palletizer (robot arm) off his body. The warehouse nurse knelt over his body, barely put her fingers to his neck, and then shook her head. This man is dead, she said, and the efficiency managers nodded and huddled and debated who would call 911. No one wanted to take responsibility for disrupting workflow. Another 20 minutes passed before an EMS team rolled a stretcher in, confirmed he was dead, and called the medical examiner’s office.

All these lights and sirens outside, all these firefighters and paramedics rushing about, and no one in the warehouse was allowed to stop working. Packages needed to be in and out, in and out. No one made an announcement. No one was sent home. No one was allowed to break for a smoke, to call a loved one, to stare at the sky and wonder what the hell they were doing here. If the machines kept working, you kept working, that’s what management said, so all those flesh-and-blood people tried not to cry at their pods or as they jogged from one end of the 1.7 million square foot building to the other.

They were all worried about losing this gig. For so many, the last stop between them and abject poverty.

CD Mosby is an author and journalist. He hopes his words bring you a sliver of joy.

More stories from CD Mosby and writers in Fiction and other communities.