Another Glimpse Into My Vampire Diaries/The Originals Fan-Fiction Writing 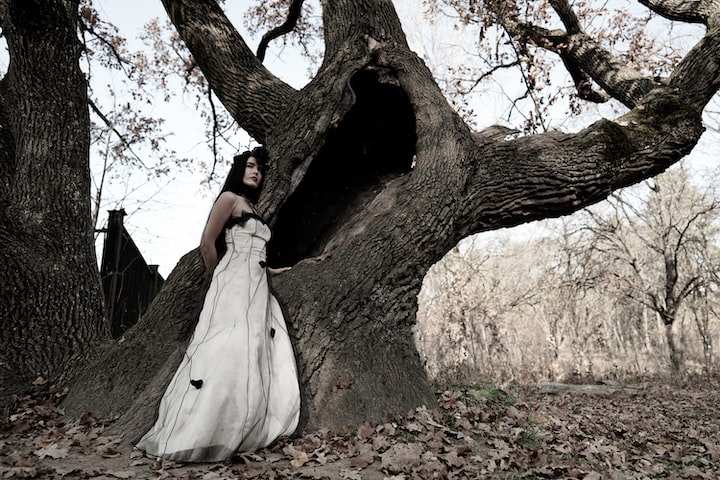 Photo by Dmitry Vechorko on Unsplash

Inside the home they came to know, Amelia and Katerina were alone; the family of the household were out and about, living their own lives as one would expect. Standing before a mirror, Katerina admired herself; she wore a long-sleeved maroon dress with silver jewelry and her flowing hair was styled in a braided ponytail, her curls hanging across her shoulder. Somewhere behind her, Amelia watched with a neutral expression, dressed in simple garments.

Katerina was eager to attend the event; she longed to socialize with new individuals, especially those that could be considered royalty. Amelia, on the other hand, was less enthusiastic; she preferred less formal gatherings where she could speak freely without major consequence; those of higher authority tended to be quite illiberal, like their father. “Must I attend? If we were to inform Trevor of my disinterest, I am certain he would understand.” Amelia paused momentarily, configuring her words in a way that wouldn’t appear impolite; she didn’t want to offend. “Ceremonious etiquette is not my strong suit; my livelihood consists of being permissive. I do not belong in that crowd.”

With a pout, Katerina faced her. “Sister, you must. We were cordially invited; it would be rather impolite of you to decline the offer on the day of the event, which is occurring in mere hours.” Amelia’s expression became guilty; it would be unmannerly. Katerina approached her with a sudden teasing smile, confusing her. “Perhaps you’ll find yourself a handsome fellow...or have you already set eyes upon Trevor? I know he has his own upon me, but I believe I can sway him into looking in your direction.” Reaching for Amelia’s hands, she held them gently. She continued smiling, less so in a teasing manner. “You must come. If not for the men, then for me and your friendship with Trevor.”

Amelia continued frowning. “Katerina, darling, my preferences do not lie with men; you are aware of this.” Glancing around, she bit her lip; luckily, no one was home yet. “What if they’d been home and heard you? I would have to lie about my sexual orientation, give a false appearance that is more acceptable to the public or else we would be homeless again. Or rather, I would be or much worse; you enjoy men.” She sighed. “It already bothers me enough that I cannot be honest with myself when amongst the people; I have to hide that side and hope intimacy is never mentioned. It is frustrating.” She grimaced. “I am so sorry; I hadn’t meant to rant.”

Katerina was frowning, too. She shook her head shortly. “Don’t apologize for speaking of your frustrations; some matters need to be released from within.” She briefly paused, squeezing her sister’s hands. “I know it bothers you, constantly hiding a part of yourself, but there is nothing we can do; as you briefly mentioned, you could be homeless or worse if someone inflexible learns of your preference.” Sighing, she released Amelia’s hands, forcing a smile. “You got so caught up in ranting, you never gave an answer,” she stated, trying to revert the conversation back to the original topic. “Will you be coming along to the gathering?”

Reluctantly, Amelia nodded. “I would hate to disappoint; Trevor seemed so eager about us attending.” Instantly, another expression of guilt surfaced. She glanced elsewhere. “As you said, it would be impolite to decline so belatedly...” She’d acted selfish before, she thought; she didn’t like that. She wished she never brought it up; she should’ve thought about how he’d feel instead of worrying about her own feelings; she should’ve continued keeping it to herself. She hugged herself in comfort, trying to push away the guilt; she couldn’t.

Katerina grinned. She strolled towards the nearby bedding, gesturing to the clothing laying atop it. Hesitantly, Amelia approached and gazed at the lovely hooded garment; it was completely dark sapphire with pale turquoise floral designs. “You’ll be the most beautiful being there,” Katerina complimented, gently gathering the dress into her arms. Amelia glanced at her; she was still grinning, holding out the dress to her.

Amelia couldn’t contain a smile, which had threatened to cross her guilt-ridden expression for some time; Katerina’s delight and continuous happiness about the event was becoming contagious. “On the contrary, darling, it is you who will be the most admirable tonight; you’ll gain the eyes of many more suitors.” Katerina’s grin grew wider. Finally, Amelia took the dress from her sister and proceeded to get clothed in private, her previous emotions of guilt becoming lost...

The formal festivity was held inside a magnificent mansion, owned by the hosts of the gathering; they were noblemen, so the Petrova twins were told. Amelia and Katerina arrived in the company of Trevor, who chose to personally escort them. He introduced them to many attendees, all of which were on various levels of nobility in contrast to the twins’ lower class stature. As Amelia expected, the folks were intolerant to those who thought differently, thus she often pretended to be in agreement, more so than Katerina.

For the first half, the twins remained beside one another as they socialized. Although both were quite outgoing, Amelia continuously felt uncomfortable around the judgmental people but endured for her sister’s and friend’s sake. They mainly socialized with Trevor, finding little common interest with everyone else, though they continued politely chatting with them anyway; they didn’t want to offend.

As the second half came to occur, Amelia was coincidentally whisked away by a random woman. Supposedly, the lady wanted her to meet someone, perhaps her husband, because she’d taken a liking to Amelia but the aforementioned female hadn’t spoken to the lady beforehand, rendering her confused by the lady’s strange and sudden determination...