For a curse, it's quite beautiful 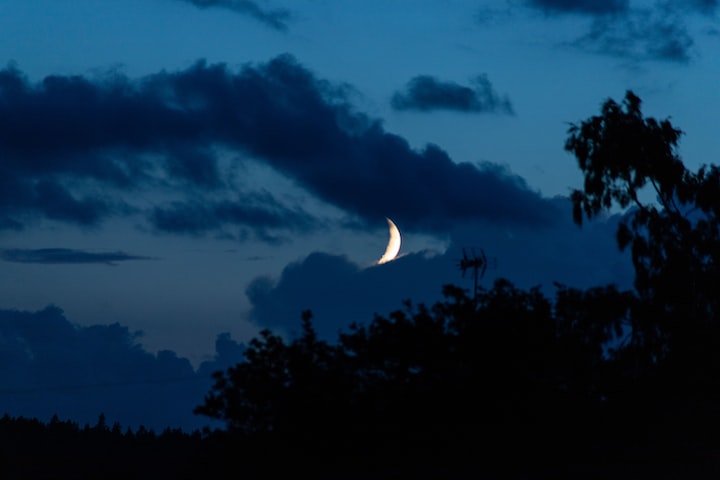 Photo by Magnus Östberg on Unsplash

“Amazing. This place smells like blueberries and caramel, and the atmosphere here is comforting as well. It has a… coddling feel to it,” Masacade says, thinking aloud.

Masacade never knows where her boredom might take her. Walking for her is the equivalent of sleeping her life away. There isn’t any thought behind it, she doesn’t find it taxing on her body, and most of all, she can let her mind get carried away. A woman so focused on living for herself, she can’t help but wonder what inspires her to do what she does, not that she really cares. She’ll burn down an orphanage, as long she can justify the action in her head.

But arson aside, what she needs to focus on now is where she’s managed to wander off to.

A town with a thin brick road between all of its architecture. On close inspection, all of the buildings are made of with bold red brick, not being more than arm’s length apart.

The colors of the rest of the town are near impossible to make out, due to a deep blue cascading the entirety of the sky. The only color that’s noticeable is red, barely at that. What throws off perception even further is how the blue appears to be dripping out of the sky, like paint being overrun with water. Visibility is also normal here, but it looks like the town is trapped in an eternal night.

Not that Masacade cares. To be honest, I don’t even know what she’s thinking half of the time. “Blueberries and caramel”? Where did she even come up with that? It’d be a lot easier to process her thoughts if she allowed herself to be phased by unexplained phenomenon’s, but she can’t even be bothered to offer that mercy.

“It’s such a shame to come stumbling across such a well put together town. I don’t even remember which way I walked to get here. It could’ve been north, south, east, west, or perhaps a combination of all of those directions. I need to start drawing out maps or keeping a compass on hand.”

Draw a map? Really? Might as well leave yourself a trail of breadcrumbs while you’re at it.

“Huh… Now that I think about it. Why is this village completely devoid of life? This place looks to be well kept. It should be bustling with people, but instead, there’s no one.” Dazed by her own wonder, Masacade closes her yes and puts her pointer finger to her chin, smirking all the way through her thought process.

What could she be thinking about? That’s a wonderful question. I’d assumed it’s why there’s no one here, but that’d be too straight forward for her. The people probably left because they got freaked out by the blue fog, or whatever the hell it could be. She probably thinks they got turned into wafts of wind and blew away.

Suddenly, Masacade starts to stick out the tip of her tongue that’s split in half like snakes’.

Whenever she thinks she’s onto something, this is how she reacts. The smirk on her face starts pan out into a full-blown smile, big enough to scare the heart out of a baby, while she flails the tip of her tongue. It’s repulsive.

“Now, if my assumptions were to have any merit whatsoever, then I’d have to say this dainty little town has been struck with one dastardly curse. That’s the only way I’d explain the drab color blanketing the place. But while it may be drab, it still manages to make me feel at peace. Strange…”

Who is she talking too?

“Now how would a curse go about making me feel in tune with myself? Curses are meant to curse. Anger, hate, resentment, disdain, loathing are all channeled into unholy force that can ruin the life of a single person or their entire bloodline, or in this case, a place that people called home. These are baseless assumptions, but this aura doesn’t give me the feeling on intentionally positive. I like it, so I guess that’s all that matters.”

Pleased with her educated guesses, Masacade removes her finger from her chin and opens her eyes, letting her curiosity continue to guide her.

After opening her eyes back up, the melancholic color appears to be tossing itself in the air ever so slightly. Faint black swims in the paint, making Masacade think she’s walking along a trench hidden in the sea. She doesn’t start doing that gross thing with her tongue though, she’s too fond of the idea that the town is cursed.

After taking less than five steps, Masacade lifts her head up, and takes great interest in what she sees.

A tower that reaches high above all the other buildings in the town, it’s original red hue corroded by the accursed blue. But a new color takes center stage, bringing Masacade's attention to new heights.

“What’s this!? How’d I miss a pretty thing like you. I can’t believe you’ve been watching me this entire time, and you never thought to say a word. I almost have the mind to be offended,” Masacade scoffs, turning her head and pouting her nose.

Again, where her words are being directed are a mystery, but she’s referring to a glowing yellow crescent moon that managed to hide itself behind the towns architecture. Even with buildings blocking it off, the pale yellow of the moon is glowing as bright as the sun, managing to overpower the single stagnant color of the town. Maybe if she wasn’t so busy daydreaming, then it would’ve caught her eye.

“I’m only kidding, but now the existence of this moon puzzles me with even more questions. This moon is far brighter than normal and is as yellow as cheese. In all of my days of moon gazing, I’ve never seen the moon have a glow this powerful.”

While Masacade monologues her thoughts to herself, the moon sits atop of the town with an ominous presence. It’s sending her imagination into a frenzy. Her eyes dilate and a grin conjures itself on to her face.

As Masacade's delusions peak, the bright yellow of the moon starts to fall to towns curse.

“What’s this? Don’t shy away from me now, I haven’t even asked for your name,” Massacade calls out, trying to sound enticing. “Just by a glance, I can tell that you’re supposed to be so much more than what you’re showing me. You’re the last hope for individuality in these parts. Sure, you may not have the elegant smell of sweet creamy butter, or a fresh fruity scent, but you have the look that negates the need for that! How can you not see it in yourself?”

Masacade suddenly thrusts her arms out with gusto, looking like she’s prepared to receive a hug. The enthusiasm on her face is beaming harder than the moon’s light was. But as embarrassingly genuine she’s being, the clumps of blue and black plaguing the air continue to wash away the moon’s… look.

“Don’t let the inferior primary color show you up. The light you shine is as valid as the suns! Never let anyone tell you otherwise. C'mon, you got this!” Masacade goes on, hoping her enthusiasm can reach beyond the stars, but still, it’s not enough.

The pompous yellow quickly gives, disappearing out of the sky.

“Oh, you lost. Well that’s a shame, I really thought you had more in you,” Masacade shrugs. “I guess we’re all wrong about somethings, but this door looks cool. I know I’m not wrong about that.” Without an ounce of remorse, Masacade sprints to the building that towers in front of her, the one that had originally blocked off the moon. She grabs the handle, smashing her body into the door from her sudden eagerness.

“I wonder what’s in here,” She asks, turning and pulling the handle. “Oh, really? The door is locked. It’s one disappointment after another with this place. And I’m starting to get sick of the blueberry and caramel smell. It’s like the pure essence of sugar is vomiting up my nose.” Throwing sensibility to the wind, Masacade starts shaking the door handle until something she deems as interesting happens. She pulls and pushes, but unfortunately, nothing happens.

With sudden grace, she pulls herself away from the door and knocks gently. “Hello? Is anyone home? I’m not trying to steal from you, I swear. If I was, then I would’ve been much more aggressive with my approach. Can you please open up?”

A few seconds pass… still nothing.

“Your moon was stolen from you, you might want to get it back,” Masacade says, pleased by her snark remark. “Implying that you—”

The door starts to creak with the cries of old wood. Cracks start to burst into the doors frame, and suddenly, it all implodes on itself. Chunks of wood and splinters fly into the house, the entrance being a void of blue and black.

It reaches out, summoning a fog that twists around Masacade’s body. It doesn’t have a weight to it, but once it wraps around her wrists, it clamps down with a crushing grip.

“Interesting.” Without delay, Massacade lunges her head forward and bites into the fog, her teeth sinking into it. A wet squishy sound emanates when her teeth comes into contact, a strange blue liquid pops out, spattering like blood on her face. Immediately, the fog releases her and retreats back into the house. “I guess that’s what I get for trying to be a good person. Oh well.”

Massacade causally brushes off her shoulders, unbothered by her encounter. She continues her stroll down the cursed streets of the village, excited to see where she may end up next.