by Adriana 3 months ago in Short Story 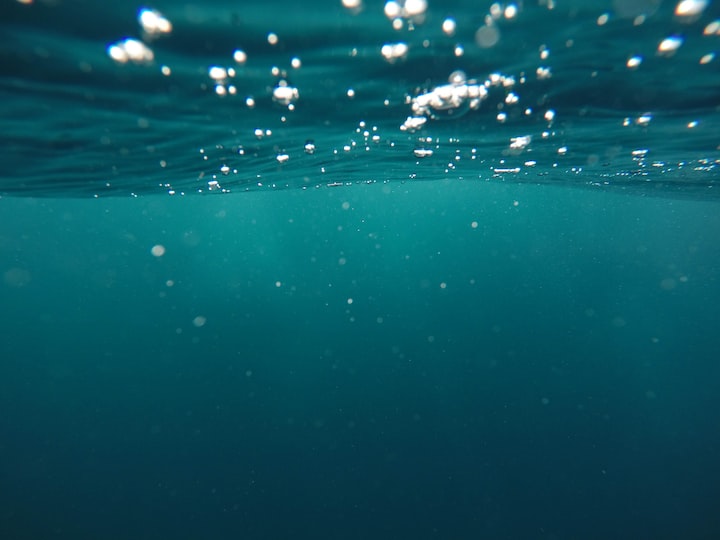 ‘Those eyes. Every time. It’s like I’m some sort of monster,’ thought Pontus as he rolled down his window to the approaching officer. The police cruiser had been lurking behind some shrubbery when he did the deed. Pontus was thwarted after kilometres of serene, scenic driving …

“D-Do you know how fast you were going, mate?” stumbled the officer, whose face was hiding his palpable discomfort.

‘It’s always the same story …’ Pontus sighed to himself. His hand slowly rose up to touch the severe damage left behind after all these years. Pontus was a recovered burn victim. Dragged out of a burning apartment building after passing out at the lowly age of eight. The harm was excessive and while the physical pain had subsided after some time, Pontus had come to realise over the years that the burden of the tragedy would follow him unwittingly.

“Yes,” Pontus replied. He assumed no point in trying to get off. He knew he looked like a rugged, no-gooder. Any preceding experimentation with ‘charm’ had never gotten him far. There was no way out of this charge.

After Pontus parted with the officer, stashing his fine in the glove box, he caught a glimpse of the horizon.

‘At last,’ he sighed to himself. ‘Coveside Harbour. The ultimate seaside getaway! Time to soak up the sun and sprawl out like the starfish I was born to be!’

Pontus decided to put the recent ordeal behind him. He had been looking forward to the trip to Coveside Harbour for weeks and a little prejudice wasn’t going to spoil his plans! He drew to the bridge stretching across the wharf and inhaled the salty, fresh, sea air. Anxious to begin his laze, he took off. With maximum acceleration, he ripped through the passage with total, ultimate control …

“DEEEEEERRRRRR!” The brakes screeched and the tyres squealed as Pontus and his beloved contraption were wheeled overboard.

Water was gushing in from all corners as Pontus scrambled to desert the vehicle through the open window, pushing past the impeccable pressure with every ounce of his might. But as he separated from the sinking car, Pontus felt an intense force wrap his legs that sucked him down instantly. He tried to kick and squirm his way out but it was no use. Gasping for air, Pontus felt himself being forced down ... down ... he knew he must be caught in some sort of rip. Exhaustion overcame Pontus as he was pulled further into the deep. As his body delved into the haze surrounding him, he began to make out what seemed to be the outline of a timber body. The shipwreck had a distinct symbol carved into the bow. A beautiful crest with an exquisite flower situated at its centre. The attention to detail in the engraving was incredible. Pontus caught a flicker of gold floating along the ocean floor. Suffocating, he found himself losing consciousness.

Pontus awoke on the hard decking of a fishing boat. Coughing up his lungs, he became aware of the crowd of rescuers surrounding him, anticipating an absolution.

“Uughh …” Pontus struggled. One of the fishermen dropped to his knees and cupped Pontus in his arms.

“What’s wrong with his face?!” Pontus heard a child shriek.

“Hush puppy!” the fisherman scolded. “You’ll have to excuse my little girl, she’s new to the harsh sailor life. Hah.”

Pontus opened his eyes to a squint. Four fishermen and a little girl peered down at him.

“You put up quite the fight, mate! We saw the whole thing. Them darn deer always bustling in places they ain’t oughta be. We chucked on our gear and jumped in after yah. Them ropes saved us all! Hah.”

Quivering, Pontus got to his feet and peered out to the bridge in the distance.

“Better be on your best behaviour ... legend is this time of year is when the ship went down, some 300 years ago. Bad luck is doomed to surround the harbour all week, mark my words. Happens every year,” the fishermen went on to say. Pontus looked over at him and rolled his eyes.

‘Right-o …’ he thought. Yet he couldn’t shake the image of what he’d seen in the deep. As his mind recollected more of what he’d envisioned, he knew there had to be something more down there. What was that gold sparkle? Why would an elaborate, masculine ship have a flower on it? It reminded him of something … a pirate ship!

As the boat docked, Pontus thanked the fishermen again for their life-saving gesture. Starving, he realised his fate as he remembered that all his belongings went down with the wreckage, including his wallet. Maybe a few bucks change in his pocket would savour him. He reached down and felt something cold, smooth and chunky. He jabbed at his pocket – some sort of chain was caught inside. Pulling a number of threads out, he yanked at his jeans with a mighty force and the chain released.

‘Wow …’ he thought. That beautiful flower carving from the shipwreck. It was the same design he saw in his hand; this time in the form of a stunning antique-gold necklace. It must have attached to his jeans as he was being rescued. That must have been the gold sparkle he’d seen before passing out. On the back of the pendant he noticed the tiny numbers engraved – 131189.

Bewitched by the relic, Pontus headed across the park to the library ahead. He began searching every book he could think of about the town’s history for any information on the shipwreck. The librarian admitted there hadn’t been much research into the ruin since it was located in a dangerous set of currents. Pontus felt his investigation heading to a dead-end and he decided to join the crowd of children waiting for the scheduled Storytime session to begin.

“Billy, why don’t you select a story from our Myths and Legends section today?” the Librarian suggested.

“Where might we find the Myths and Legends section, children?” A show of hands pointed to the right area of shelving as little Billy hopped up with excitement and hurried over to select a book.

“Oh, great choice, Billy! I love this one!” exclaimed the librarian. As she opened the book to a random page and started to discuss the illustrations with the children, Pontus felt an overwhelming sense of familiarity … a 300 year old shipwreck belonging to an infamous pirate by the name of Nodens. His name belongs to the ancient God associated with healing and the sea. Nodens was considered a legend of his time.

‘I wonder why he was a legend,’ thought Pontus. ’I’m sure his face was perfect, too …’ his mind trailed off. Pontus wanted a different life. He wanted to look and feel fantastic. Why couldn’t he have the opportunity to be seen as a legend? He blamed his appearance, for that was the very thing standing in the way of him discovering his true identity! Pontus grew angry as he returned to the room.

“… he wore a marigold necklace made from the rare Golden Enstatite crystal that disappeared with the shipwreck. It is said to strengthen damaged tissue …” the librarian read.

Pontus was bewildered! While he’d been daydreaming, the following page had answered all of his queries. There lay a detailed sketch of the distinctive crest, exactly how he’d remembered it on the shipwreck, and beside it was the necklace!

“Nodens was iconic for his incredible facial scarring left behind from a vicious battle in his youth. He was said to be mocked and despised until his discovery of the marigold treasure off the shores of Malevolent Island. Pirate Nodens was known to call out a set of numbers aloud at twilight every evening, at his first sighting of the moon in the sky – 131189.

“MARI!” Pontus jumped out of his chair and scurried to the small whiteboard at the front of the audience.

“SHORT FOR ‘MARIGOLD’, KIDS!” He popped open a marker and wrote.

A crowd of three-year olds pondered up at him, eyes wide open with obvious incomprehension. He didn’t notice. He flew out of that library, eager to put his knowledge to the test.

As evening approached, Pontus found a quiet strip of beach to conduct his experiment. He lay down on the warm sand and waited, dozing off under the magnificent heat of the sun against his skin. He dreamed of what lay in wait for him if he were to be successful.

“Squawk!” Pontus rouse to a seagull tugging at his necklace pocket.

“No! Shoo! I need that!” As the seagull retreated and flew off, Pontus caught a glimpse of the moon. He quietly muttered the numbers “131189”. Instantly, a rock came down on him from above and smacked him on the crown of his head. Out like a light he went.

The next morning, to say Pontus had an enormous headache would have been an understatement. But he had to find out if it worked! He hopped up and rushed to the local coffee shop, noting his amazing reflection in the window pane. He looked great! His skin was tanned and his eyebrow was perfectly formed. He had an attractive, sharp chin-line and great stubble. He reached for a self-serve cup.

“… wanna get a move on?” the customer said with utter satire.

“He’s too good to give us a shot of coffee!” yelled another customer.

“Do you want some pancakes too, prettyboy?” laughed the first customer.

‘What the …’ Pontus dropped the cup and ran out, burning with shame. He was humiliated.

He ran until he couldn’t run any more. And then he started to run again. He had to be far away. His mind raced as he tried to filter through this sensation. What was it? Who really cares about those losers, anyway?

Pontus always was the underdog, but now he had to admit that this inadequacy probably was more of an internal battle. The outlook that his own feelings always caused him to see. Come to think of it, the fishermen never judged his appearance, and there were a ton of people who had been decent throughout his life. He’d been focusing his energies on the wrong attention.

Pontus inhaled deeply as he came to notice where he was. The laps around the harbour had brought him back to the bridge where it all began. Floating by was a familiar fishing boat …

“Hey bud! See the harbour’s curse hasn’t been too kind to yah. Told yah there’s back luck looming about this week!” the fisherman yelled out.

“Actually, just the opposite!” Pontus called back with a grin.

“Can I join you for a ride?” Pontus hopped on and high-fived the fishermen before heading over to the stern.

“Why does he look like that?!” the little girl shrieked again. She walked over to join Pontus. Pontus turned to her.

“This bitter world will always be the same,” Pontus chuckled, dropping his treasure back into the ocean. The little girl smiled as his face transformed to its former glory.

Receive stories by Adriana in your feed
Adriana
Read next: Uncle Skinny's Legacy