by Kylie Calwell about a month ago in Short Story

Surviving is only the first step 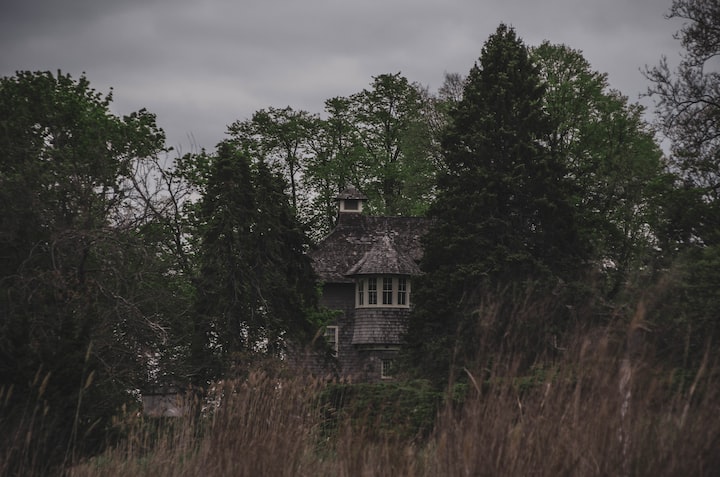 Photo by Daniil Toropov on Unsplash

Taking a moment, Andy breathed through it. Gave it some space to be acknowledged, before pushing it down. To Andy’s mind, anger at least was better than fear.

Fear had been the overruling emotion for the first couple of years. When she allowed herself to feel, that was, which seemed like only in the darkest hours of the night and certainly not nights when the moon was full, or near full. Fear wasn’t allowed into the light, not when there was so much else that was more important. Action helped you survive. Giving in to fear most assuredly did not. She had seen more than enough people give in to fear, which became despair, which in turn lead to…

Cutting off that thought abruptly, Andy knew fear was useless right now, and even thinking on it wasted precious time. Rage also wasn’t helpful, rage blinded clarity. At least anger, if directed properly could sharpen vision. Rage bleed blood into everything and purpose got washed away in the haze of bloodlust. Clarity was more important for continual survival.

A bloodcurdling scream rang out from the house in front of her and she ran ten steps before managing to reign herself back in. Getting killed would not be beneficial to her plan. Not that it was much of a plan, except in the broadest of strokes. Get to her younger sister.

‘Three minutes younger was still younger,’ she muttered to no-one.

Closing her eyes, she counted to five, knowing plans often changed once the fight was engaged. If she was going to help Lyssa she needed to be focussed and fluid.

Her eyes were starting to open when a second scream rang out. Squeezing them back shut she drew in a breath as long as the scream lasted, pulling all the fear and pain it contained, into herself. Twins they may be, but everyone had always said it was Andy’s job to protect Lyssa.

They were twelve when the world and their lives changed, and fifteen when they found themselves on their own. Alone in a post-pandemic world, but not the only ones, and you never really knew who you could trust. It wasn’t always the good who survived.

As the scream faded Andy muttered to her absent sister, ‘Case in point Lyssa, I told you…’ Another thought cut off because told you so’s were also useless.

Eyes now open, her breathing even, Andy moved. Scanning everywhere, head on a swivel, until she finally found what she had been hoping to find, a good tree to climb. This tree would serve a dual purpose; firstly it gave her a good view of the house, and when people were looking for threats they often forgot to look up.

For as much as Andy and her sister hadn’t stuck it out with any of the ragtag groups they’d stumbled across, some had been filled with good teachers of one sort or another.

Propping herself between a couple of branches she reached into her pocket, her hand closing around the rough heart shaped pendant, held safely in there. Feeling the rough wire press into her palm, the bite of pain was somehow reassuring. This pendant was a message from her sister. Years earlier Lyssa had insisted they make them for each other, and formed a pact, that the only time they would take the charm off was to signal the other to come to their aid.

Fortunately Brandon, the guy who had her sister, wasn’t a good tracker. A charmer, yes, and a more than competent killer of animals, though Andy had always had the niggling feeling there might have more to it than that. Close to the sisters in age, and very pretty to look at, he had done what he could to sweep Lyssa off her feet. Not that her sister had made him work that hard for it. Andy overheard her saying she was looking for something a little safer than normal, something more resembling the normality of their youth. Something more like the time before.

Releasing her grip on the pendant, Andy looked at her palm and the imprint that had been left on it. Sometimes she wished things were different for them, but life was what it was now. She had a job to do and she needed to focus on that. Focus on survival.

Darkness fell. Andy stayed perched in her tree watching the house, drinking water sparingly from her canteen and nibbling on pocket jerky to keep the hunger pangs away. There would be time enough to eat when this was all over. She had hidden her pack before climbing, knowing it would only be a problem up in a tree, not to mention hindering her ability to get up there.

From her observations throughout the afternoon she concluded there were two people in the house with Lyssa; Brandon and one other. Which was what she had expected. Though she supposed it wasn’t really a house, more of a mansion. The sweeping gardens, now over-grown, led up to wide steps in front of grand double doors. The oddest feature was a room off to the left-hand side that had once been all glass windows and roof. Surprisingly the place looked more over grown than torn apart, which may have had something to do with the fact the damn place was so far out of the way from anything, even considering this post pandemic world.

If she imagined hard, she guessed the grounds may have been well manicured once upon a time – she could still make out the circular driveway though she avoided using the road when she approached. There had been no need to. Brandon hadn’t and she had been following his steps.

The crescent moon was high, and she had seen and heard no movement from the house. Scrambling down from the tree, she checked her two knives were securely strapped and easy to draw. Taking her time, following the path she’d spent the afternoon memorising, Andy moved as stealthily as she could towards the grand house. Ordinarily she would avoid main doors, but having seen Brandon use this one a couple of times she knew it didn’t squeak, so decided it was worth the chance. It was a tricky thing to balance time and care. She needed to find her sister and not get dead in the process.

Once through the door she stopped, taking a beat to just listen to the house. There appeared to be no unexpected sounds to indicate anyone moving downstairs, likewise nothing to suggest she had disrupted anyone and they would be on their way to investigate.

Tilting her head in the darkness, Andy made a quick decision – upstairs seemed a more likely place for Lyssa to be, traditionally downstairs consisted more of main living spaces. Sometimes you had to go with instinct as there just wasn’t time for proper scouting.

Crossing what seemed to be a marble foyer, she placed her foot on the first step. With a blade in one hand, and her other on a bannister, she started up. At the top there was another decision to make, left or right. Her sister preferred left so Andy turned that way. She had only taken two steps when a snore reverberated coming from behind her, a sound she took as a sign she was heading in the right direction.

Continuing forward, she stopped briefly again when she heard a soft grunting sound. It was coming from one door further up from where she stood. Picking up the pace, she reached out for the handle. Taking a moment she listened again for the snoring from up the hall. It continued, combined with the continued grunting from behind the door she was at, led her to believe she still was undiscovered. Holding her breath, she hoped the door wouldn’t squeal.

As the door smoothly opened a bored and irritated voice said, ‘It’s about time.’

The body on the bed stopped moving. Andy moved fast, before they had time to process what was actually going on, Andy’s knife were buried into their back, right between the ribs and into the heart. It was a quick and merciful death really. Lyssa bucked her hips and Andy shoved the body off her sister before life ending caused the body to do what it would do.

‘Kinky,’ Andy said, as she cut Lyssa’s tied wrists from the bed head.

‘Water,’ said Lyssa, from the bed.

Andy handed her a canteen, Lyssa took a mouthful and swished it around in her mouth before spitting it out onto the body. ‘How was I to know he was into tying women up.’

‘Come on,’ said Andy, handing her knife over to Lyssa and drawing her second blade, ‘this job isn’t finished yet.’

Lyssa pulled a shirt over her head, she would dress properly after a shower, which had to wait. Andy followed her down the corridor, they were a few steps away from the door when a rumbling sound caused them to stop suddenly.

‘At least we know he is still sleeping,’ said Andy.

Right outside the door, Andy took Lyssa’s outstretched hand, looking at her in the dim light she nodded and whispered, ‘Let’s do this.’

Silently they opened the door and flowed into the room with a precision that would make any observer believe they had done this before. Andy went to the right and Lyssa to the left. Sound guided them and as one they plunged their blades into the body snoring on the bed. Once the last death rattle had left the body and the smell of death drifted to their noses, they took their blades and wiped them on the sheets. Without a backwards glance they left the room.

‘Let’s sleep in the lounge,’ said Lyssa, ‘tomorrow we can salvage what we can. Raid their still, then go and tell Bill the job is done.’

Lyssa retrieved her clothes and the two of them walked down the stairs.

‘Do you ever wonder about what we do?’ Andy asked.

Lyssa shook her head. ‘The world is tough enough without letting rapists like those two survive.’

Smiling Andy said, ‘I don’t know why everyone thinks you’re the sweet one.’

The two women stood at the window of the once great house, looking out over the wildly growing gardens, holding each other’s hand, knowing that no matter how hard it got, they would always have each other’s back.

See all posts by Kylie Calwell →