by Justin Higgins 3 months ago in Love

I Thought We Were Friends? 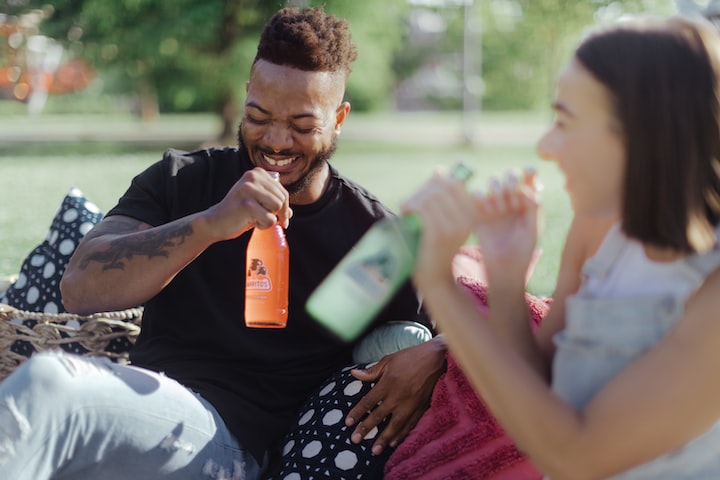 “What are you doing right now?” I was surprised Morgan was calling me. We were becoming pretty good friends, at least at work anyway. Outside of work, it was difficult to get her to want to do anything. Honestly, I did not understand it. It just felt like she was stringing me along. It’s safe to assume that I was extremely frustrated. Anytime we were at work together we had deep conversations. She would open up to me about personal matters and tell me, “You’re the first person I have told about this,” “You’re so easy to talk to,” and “Thanks for being such a good listener.” I felt special and it felt like we had such a good connection. I felt like I was falling for her. Even so, if I am being honest, it kind of felt like something was missing. We technically only hung out outside of work twice. The first time was going to get ice cream after work because she did not want to go home. The second time was about two months ago, Morgan said she just wanted someone to talk to. It was surprising that she called me out of the blue. “Michael, are you there?” She said again, in a strained voice.

“Umm. Yeah, I’m here. I mean. I’m kind of shocked. You never call me to just call me.” Michael answered with an unsure tone.

“I know and I am sorry about that Michael. I should def call you a lot more.” There was a quick moment of silence as Michael did not respond. “Anyway, you know you’re like my best friend. And right now, I really need my best friend.” Morgan sounded like she needed someone to listen to her. She was consistently on my mind any way, and this is exactly what I wanted.

“Thank you so much Michael.”

When I arrived, Morgan met me at the door. Greeting me with an enthusiastic hug, “OMG! You’re here. It took you long enough.” She hugged me for longer than usual. So long, that even I wanted her to let go.

“Okay Morgan.” I lifted her arm from around me. “Are you sure that you’re okay, Morgan?”

“I’m fine. I just needed my best friend. Is that okay?” She muttered. I looked at her giving her signals that of course it was okay. We went to the basement where she was watching a movie that was playing. I sat down on the couch as Morgan joined me lying down silently. After a minute I quickly snuck a look at Morgan, only to see a somber look on her face, and to see a tear sliding down her face. “Is everything okay Morgan?” I didn’t receiver a response. “Do you need to talk?” Without being prepared for it, Morgan burst into tears. I sat there surprised by what I was seeing unable to know what I should I do. Morgan rolled over to me and buried her head into me and just wept. I held her, saying nothing, and just allowed her weep.

“Michael, I am so sorry.” She removed herself from me. She was flushed, face red, and eyes heavy with sorrow. She positioned herself in an upright position on the couch but was slouched over in deep thought. I just looked at her still unable to know what to do, let alone what to say. She took her hair and moved it behind her shoulder to get it from in front of her face.

“It’s okay Morgan.” I rubbed her back lightly to help ease her discomfort. We just sat in silence for the next five minutes. It felt awkward, but there was nothing to say. I knew she just needed to sit.

Finally, she looked at me. “Do you remember Clayton?” I was thinking about who he could be, but I could not remember who he was. She could tell by my facial expressions. “He’s the guy that I started seeing after about a month of me starting work at the grocery store?”

“Oh ok. Gotcha!” I leaned in as she continued.

“I hate him.” She stopped and started to become sad again. “I’m sorry. I’m just so heartbroken right now.”

“We don’t have to talk about this now Morgan.” I replied worried.

“No, no it’s okay. I need to get this out. And I trust you.” She regathered herself. “He left his phone, which he never does, and because I was curious, I looked through it. Clayton was cheating on me our entire relationship. Like from the beginning of our relationship.” She looked at me distraught. “Like I meant nothing to him. He was talking to Kendra, Tanya, McKenzie, Amy, Kaitlyn, and many others. I felt so stupid.” I put an arm around her shoulder as she began crying again. “I confronted him about it because obviously I was pissed. And guess what this piece of shit says?”

“You’re overacting. Plus, we were never exclusive. Then he gives me an ultimatum -- We can keep talking if you want to, but you’re only gonna be one of many.” She looks at me infuriated. I can tell the tears were about to start again. “He cared nothing about me. I obviously was not up for that solution. So, he immediately dumps me. I hate boys!” Morgan snuggled with me until she felt better. We also talked to relieve the pain she felt, which was really cool because I missed my friend. I did not get to work with her a lot anymore, therefore, these long conversations were so key. “Thanks for staying with me Michael. You’re the best! And you’re so sweet!”

“Of course, Morgan. I always like being around you.”

“You don’t have to leave by the way. It’s kind of late, so you can stay the night if you want to.” I did not accept her invitation. It had been a long day and I wanted to sleep in my own bed. Right before I was about to head up to head out the door, Morgan gave me hug. Then she did something unexpected. She kissed me. Not on the cheek. On the lips. I was surprised. “Did you like that?” I looked at her knowing I did like the taste of her lips. Her breath smelled of ice cream, chocolate, and cheap wine but it was a sweet relief. I put my hands around her neckline and kissed her. Her lips were warm and inviting. Her body close to mine was a feeling I had been waiting for. We sat back on the couch. We took each other’s shirts off. I rummaged through her hair as I kissed her face. I went down to her neck as we ended up laying on top of each other enjoying each other. We didn’t say anything, but we both knew a moment had occurred.

I called Morgan twice over the course of the week and she allowed it to go straight to voicemail each time. I became worried though I tried not to. My mind went into overdrive which I hated. “Hmm. I wondered what I did wrong?” or “Whatever, maybe she is busy?” I tried to keep myself busy as another week flew by with no response.

I began to feel tormented and alone. I tried to keep up on school and work, but it was becoming wildly difficult. I hated how Morgan was making me feel, but we were best friends and I felt I deserved an answer. My anxiety was getting the best of me after 2 ½ weeks of not hearing from her. My resolve began to break, and I lost it. I could not take it. I texted her multiple times over the next three days, still receiving no answer. I thought I would scream. Why is she torturing me like this? Why is God allowing this to happen? What did I do to deserve this abandonment? I was at the end of my wits after 3 weeks. My emotions had completely run out. I was exhausted and I realized that I just had to stick to my work.

After 4 weeks, I was disappointed, and my hope was failing that I would ever hear from her again. In an act of complete desperation, I decided to send her a text telling her how I felt. I immediately regretted it as I was completely vulnerable. A few days later it was Wednesday, I was in the library waiting for my class to start in about an hour. Bing. I heard through my headphones. I casually checked it and my heart was greatly relieved. I saw it was Morgan. I was grateful she texted, finally, and now we could finally begin the reconnecting process.

Morgan sent that first, so naturally I thought an explanation of what had happened to her in the past month was coming. Bing. I heard again as I quickly went to update myself on her life.

“I am aware of what happened a month ago. But understand that I was vulnerable, emotional, and drunk. I made a mistake, I never should have made out with you. It was only 3rd base, but that may have been too much…” I had to take a break after reading that, Morgan’s honesty hurt, but I had to see what else she said.

“…for you. Look you’re a really nice guy, but I don’t think we can be friends anymore. It’s just not possible. It is not fair that you keep trying to make me want to be your girlfriend. I have too much going on right to even think about that. We should definitely not be friends anymore it’s just too much. I’m really sorry Michael. I just can’t.” I felt like I had been punched in the gut. I was vulnerable, and I felt a tear begin to form around my eye. I did not want anyone to see me like this. There was no way I could handle class. I grabbed my stuff and went home.