by MerleVillalobos 4 months ago in Short Story
Report Story

I am a curious person about caves, and I took this opportunity to go ahead to explore the caves with my sister who has a curious mind and is a knowledgeable guide. Before going 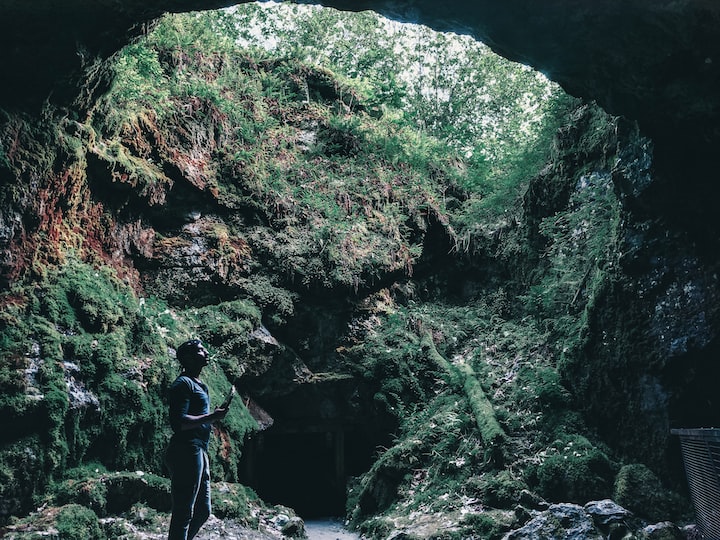 Photo by Ali Kazal on Unsplash

I am a curious person about caves, and I took this opportunity to go ahead to explore the caves with my sister who has a curious mind and is a knowledgeable guide. Before going, we prepared some equipment, such as non-slip shoes, flashlight, water, tent food, etc.

The guide's name was Jane. When he led us to the cave, I couldn't help but feel a little fear in my heart because the cave was dark, spooky, and looked very scary. But even so, it did not dampen my spirits to move forward. The three of us walked into the cave, turned on our flashlights, and walked forward with our hands tightly clasped together.

Suddenly I found myself with some sticky stuff on my head, very disgusting. I shook off my hand and took a closer look, but it was a spider, and I exclaimed, "Oh my God, it's a spider!" I quickly threw the spider out and wiped my hand hard to dry the slime I had just seen.

Of course, the danger wasn't over.

The three of us continued walking, not daring to let up in the slightest, when Jane said aloud, "Look, there's a shadow ahead." "It's huge, what is that?" My sister opened her eyes wide and said with a curious face, "Could it be a small white rabbit?" The three of us were extremely curious, so we walked forward to find out. I suddenly stopped because the scene in front of me was too frightening, cold sweat flowed down my forehead, because on the ground a centimeter before me, there was a black, full-body hairy animal. It was very large, like a lofty mountain. I looked up and recognized it as a bear!

The three of us held our breath for fear of waking it up. It was huffing and puffing and sleeping soundly, so we decided to go around the side of the big bear. I had all my weapons on me, and if I woke the bear, it would surely start attacking. Although it was on guard, we still didn't want that to happen, so we walked carefully past it. Time seemed to slow down a lot as we went around behind the bear one step at a time, speeding up our steps and heading out.

Only after we got away from the bear did I start talking. I stroked my chest and said, "It was just too dangerous, if something had happened, none of us would have been able to get out." Jane said, "Yes, it was too dangerous, and there will be danger next, so we must stay alert." My sister, however, was completely different from us and looked around happily like she got 100 points on the test. "It was just too much fun." Said while still bouncing around.

I was ready to sigh out a cool breath when I spotted another creature above me with unfurled wings and eyes as red as jewels. I turned to Jane and asked, "What's this?" "Bats." It dawned on me.

The bats seemed to be gathering in droves because of us outsiders, and I had my hands full for a moment when Jane said, "Bats are afraid of the light." I hurriedly shone my flashlight at them, and sure enough, they flew away. But after a while, there were more and more bats flying toward us.

I pulled my sister and ran, but she couldn't run fast enough and fell accidentally. When I went to pull her, I was cut by the stone next to her and a drop of bright red blood flowed down my leg. I bear the pain to help my sister ready to jump forward, but in the unexpected was a slippery stone pulled downward, looking to slip into the pool, Jane grabbed my sister and me, and pulled us up.

I was furious and wanted to burn the cave with fire, but the lighter was broken, I was furious. The three of us returned to walk the way we came and saw the big bear in front of us. I had an idea and punched the bear hard and flew forward. The bear woke up furious, but it could no longer see us because black bats were flying around. They started a big fight and the three of us scrambled out of the cave and eventually made it back home.

The adventure was thrilling, but my sister, my guide, and I still found it very interesting and decided to continue the adventure next time.

More stories from MerleVillalobos and writers in Fiction and other communities.