by Rossie Waelchi 2 months ago in Short Story
Report Story

The old lady was the one I met on the train. The long journey made people drowsy 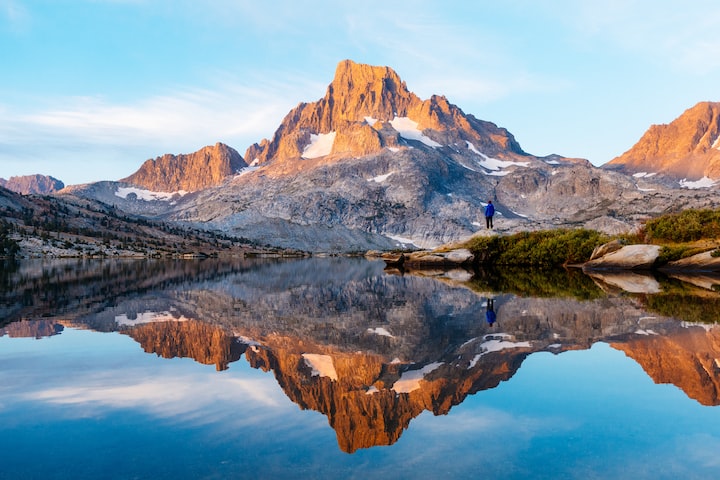 "Big girl, you're not going to school for the rest of your life, forget about it."

The old lady was the one I met on the train. The long journey made people drowsy, and the sunlight seemed like a transparent film, blocking the noise in the carriage in one narrow compartment after another, chaotic and distinctly detached. I casually flipped through the book in my hand, originally afraid of boredom before taking the book from the shelf, but did not expect the boring content to make the already boring afternoon more difficult. It was also at this time that this old man, who had been quiet, suddenly struck up a conversation with me.

"Is this a good book?" The old lady spoke Mandarin very well, so I couldn't help but take a couple of extra looks. A very robust old man, with gray hair, tucked into a bun, dressed plainly, but cleanly organized. Seeing that she was curious, I simply handed over the book, and she was obviously taken aback by my enthusiasm, took it, and carefully turned it up, reading it while repeatedly chanting, "That's good, that's good." I didn't understand what was good about it, so I asked, "Have you read it?"

She was happy and answered frankly: "I can't understand this." But then she said, "But I still know a few words. Alas, it is good to study, my brother is now in the big city as a teacher, life is very good. But you wouldn't believe it, but I used to be the best student in the family."

This originally quiet old man suddenly became talkative and began to talk about her past in an eastward and westward manner. From her chatter, I slowly pieced together this story.

The girl born in the small village, and all the girls born, born is destined for a lifetime can not escape a word - "home". Since childhood, she has been responsible for most of the household chores, only time to turn two pages of textbooks, everything is used to if there is any difference, is that she runs a little faster than others, and jumps a little higher. This difference allowed her to take first place in all the events in the junior high school municipal games, and several teachers suggested that she join the varsity team for training. At that time, the girl felt her body was full of power, she felt energetic and would always live on such sunny days for the rest of her life. But unfortunately, her mother was hospitalized once again with lung disease, although not serious, all the household chores fell on her, and the little money left in the house could only be used to pay for her mother's medical care, and the rest could only pay for her three younger brothers' schooling. The family had nothing left to give her.

At that time my mother told me, "Big girl, you can't go to school for the rest of your life, don't think about it. But I didn't believe her, why couldn't I go to school?" The old woman rambled on and on, as if she was still seeking an answer, and sighed to herself.

Later, the girl's story still proceeded along the track of reality, although she was not convinced and did not understand why her brother could go to school and she could not. So she did everything a child could think of to try, every day when she finished all the chores at home, she would secretly light the wax to write homework, but geometry and functions made her dizzy. She finally understood that she was not going to be able to go to school. The girl had thought her stubbornness could withstand the whole world, but reality never gives anyone illusions. "The most fearful thing is to wash the sheets, covered a winter, so you have to use the river water to wash clean. That water is cold, cold to the bone." She said, as if afraid that I do not believe, holding out her hand to show me. The back of her dark hand was covered with wrinkles, and the bones of her ten fingers were large, which were frozen out from years of washing clothes with cold water. Later, she talked about her three younger brothers, who went to school and then stayed in the big city, became teachers, married wives, and put down roots. Talking about her daughter, she went back with her son-in-law first because she was busy at work, so this time she was left alone to send her grandson home, also implying that she still needed to take care of her grandchildren's duties. I didn't know what to say to relieve her, but luckily at this time the child woke up and interrupted our conversation. The boy said he was hungry and wanted to eat, so she went back to work, and the story dissipated with the mist rising from the instant noodle bucket.

In the latter part of the night, the child got up and whispered for his grandma. Then I heard a rustling sound, I think the old lady took the child to the toilet, and then the sound went down, I could only hear the vibration of the wheels banging against the railroad tracks, and the occasional light outside the window flickered through the curtain gap, I lifted the curtain to glance out, the darkness of the rolling hills flying back, thousands of kilometers are similar scenery, as if a person's life.

A bird standing in a tree is never afraid of a broken branch because it does not trust the branch, only its wings.

More stories from Rossie Waelchi and writers in Fiction and other communities.