by Ilyssa Monroe 10 months ago in Fan Fiction
Report Story 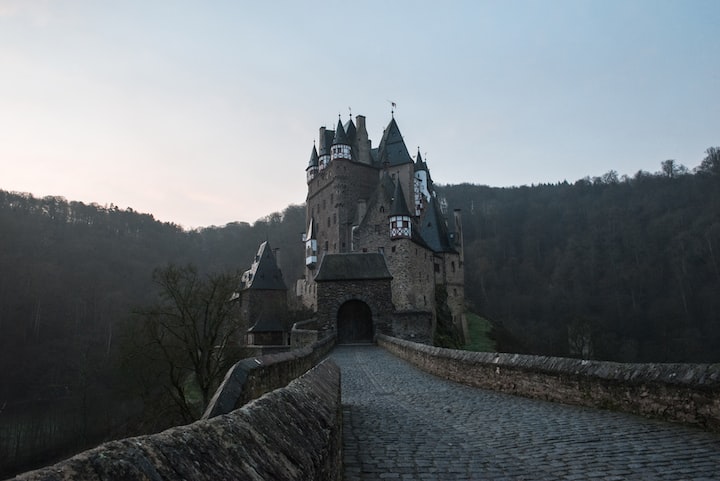 This is a VERY hard choice to make because I am an avid reader of both sci-fi and fantasy and love authors such as Pierce Brown, Brandon Sanderson, and Terry Mancour. All of whom do an excellent job of bringing their stories and the worlds that they have created to life. However, I feel that Terry Mancour’s world in the Spellmonger Series is my favorite.

The series follows a man named Minalan who is, at the beginning, just your average Spellmonger. (This is like a merchant who sells spells.) The story takes place eight hundred years after humans arrive on Callidore, a world full of magic. The theme of the world at this point is Medieval. There are human dukes and duchesses, lords, and peasants but there are also the Girvanni (goblins), Alka-Alon (Elves), Karshak (Dwarves), and the Sea Folk. It’s starting to sound a bit like the Lord of the Rings, isn’t it?

I thought so too! But the following reasons are why I love this world so much!

The range of personalities that Terry Mancour brings forth in this series is extensive. Minalan, for example, is the main character and is someone who just wants to be an average Spellmonger, a merchant that sells spells to his community. He likes to drink, loves being a scoundrel with the women, and likes being a mentor to young Tindal. However, when responsibility comes calling as the Girvanni (goblins) invade his new home in the Mendins, he answers the call.

Then there are characters such as Ulya and Pantandra. These women are, each in their own way, strong women. Ulya is the significant other of Minalan and completely without Rajira (magic). Through her, Terry Mancour truly shows how a person from small beginnings can apply what they know and what they have learn as their station increases withing the growing kingdom that they all live in. While Pantandra, a powerful wizardess, who comes from a wealthy background with a great mind for politics and a very independent attitude about everything in life, learns that having a significant other can help bring joy in unexpected ways.

Other characters that stand out are Minalan’s young apprentices, Tindal and Rondall. They are like night and day. Tindal is a rash and ambitious apprentice while Rondall is quieter and more thoughtful. Both are talented and very competitive with each other but through their own trials they become like brothers.

These are only a few of the human characters. There are also non-human characters that play major roles in this series from the Girvanni (goblins), Alka-Alon (Elves), Karshak (Dwarves), and the Sea Folk, to name a few.

Terry Mancour has created a great back story that sets up for the current political climate in this series. Basically, the Magi, once ruled but as power usually does, it corrupted and when the Magi fell to the Narassi, the Magi remained important but greatly restricted. They could no longer own land or inherit land. They were required to go to school should they show that they have Rajira, to learn and then were required to enlist in the Spark Core. After their military obligation was finished, they could go on to do things such a mercenary work or spell mongering. When the Girvanni invaded Boval Vale, millions strong, however, Minalan changed the political climate as he and the wizards that helped him defend the vale gained small stones that gave them access to tremendous amounts of power. The stones, however, were illegal to possess but necessary to defend themselves against the Girvanni hordes and their undead leader Sherule. Thus, Minalan had to overthrow the Sensorate, the magic law enforcement.

The magic system on Callidore is divided into disciplines. They have Blue magic (magic of the mind and otherworld), Brown magic (Beastmastery), Elemental, Enchantment, Enneagramatic, Green Magic (plant magic), Life magic, Medical magic, Necromancy, Scrying, Sex Magic, Shadow Magic, Thaumaturgy (the science of magic), Theurgy (Devine magic), Transgenic Magic, and more. I really enjoy that Mancour goes into a lot of detail on how each works so that the reader is not left wondering.

The gods of this realm are unique to the humans. They did not arrive until after the humans had settled the lands. They are expressions of human thought the manifest in the physical realm in times of great need. They have Luin, Duin, & Huin, the gods of Law & Order, War & Storms, and Grain & Agriculture. Then there is Briga, the goddess of Fire & Inspiration, Ishi, the goddess of Love & Beauty, Trygg, the all mother, Herus, the god of travelers, and so many more. Their clergy are very special as well. For instance, instead of Lawyers, this world has the Law brothers of Luin.

Finally, the concept that makes this series special to me is the fact that Terry Mancour has artfully created a series that mixes fantasy with sci-fi. They have Techa which are ancient artifacts to the people of this world. You see, the humans came to Callidore on the Horizon, a spacecraft that traveled through space from Earth. However, when they found Callidore, or at least the world in which Callidore resides, they were invited to stay because of their advanced technology. Apparently, Callidore was in bad shape and the Sea Folk (the only native species on this world) wanted to see if the humans could fix what was wrong with their world using human technology. Unfortunately, the Alka-Alon got jealous when the humans began displaying the ability to use magic and so destroyed the humans' society and threw them back into the dark ages.

There are many reasons to enjoy the world that Terry Mancour has created and then fall in love with their diverse characters. With thirteen novels out and more to come, many novellas, and a spin-off series about the Hawk Maiden, there is plenty to read and enjoy.