by Anna Michaletz 3 months ago in Horror
Report Story 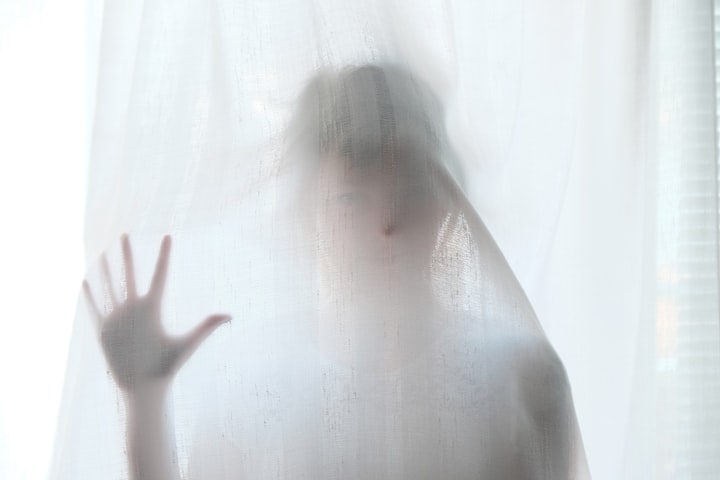 Photo by Steinar Engeland on Unsplash

The cabin in the woods had been abandoned for years, but one night, a candle burned in the window. Ethan noticed the flickering orange light out of the corner of his eye on his way to Cheyenne's house late one Friday night. The lonely cabin was quite a ways North of Cherry Lane where Ethan's long legs strode easily across the pavement. Cherry Street was a long, winding, gravel road that only had one house at the very end, the cabin.

Ethan stole a glance at the front window of the dilapidated wooden structure, guessing his eyes were playing tricks on him. There it was, barely distinguishable from the half-mile distance, a flickering pinprick of light. His brow creased with concern. The cabin had long been the victim of vandals and addicts but had been left alone for the last few years due to some unexplainable accidents.

Mr. Kowalski's son, Ed Jr., had fallen off of the loose banister and had broken his neck, becoming paralyzed for the rest of his life at only 18 years old. Ed swore he wasn't leaning on the rail and had been pushed, but his friends were at the bottom of the stairway, nowhere near enough to touch him. Susie Kunkle similarly had an accidental fall, only hers resulted in death.

Ethan's pale skin lit up as he held his cell phone up to his face to check his texts.

"omw, don't worry." Ethan smiled a huge toothy grin as he shook his dark curls out of his sea-green eyes.

Cheyenne wasn't known for her impeccable vocabulary or spelling, but she was a whole lot of fun. They had been best friends for a few years now, nearly all of high school. Ethan was tall, lanky, and bullied for his figure. Cheyenne was beautiful and popular, always the life of the party. As soon as she took notice of Ethan, the bullies had a change of heart. Ethan's breath rose in a cloud around him as he let out all the tension in his chest. Cheyenne made him nervous, excited, and happy all at once. He pulled up his black jeans, as they hung loosely from his lean frame, and picked up the pace.

Minutes later, Ethan knocked on the Smith's front door, located about 2 miles West of Cherry Street, along Cherry Lane. Cheyenne pulled the door open and flung her arms wide, screaming with glee. Ethan always felt good when she made a fuss about him, even when it was just a playful exaggeration. He pulled Cheyenne into a hug, her face buried in his chest. She lifted her brown face to look up at him with large, black eyes framed with long, dark lashes. She gave him a bright white smile and squeezed him tight.

"You must be shrinking, little mouse" Ethan teased as he brushed his hand against the top of her head, her long black hair falling into her eyes.

"Shut up! You're just jealous that you aren't fun-sized." Cheyenne smiled back at him, playfully pushing him away. "Let's get out of here and have some fun! Anything happening tonight?"

"Someone is at the Cherry Street Cabin. I noticed a light in the window. I doubt it's any of our friends or we would have heard something." Ethan offered. He didn't actually want to go check out the cabin, he was just surprised someone was even there to begin with.

"Yes! Perfect! Let's check it out, Ethan!" Cheyenne grabbed Ethan by the hand and rushed back out into the night.

"Chey, no. I don't think we should bother whoever might be there." Ethan started to protest.

"Oh c'mon, if they're drinking maybe they'll offer us some beer." Cheyenne's voice rose excitedly at the end of this possibility.

Ethan reluctantly let her lead the way back up the road to Cherry Street's intersection. He worried they might walk in on someone violent, or even something more sinister. But, Cheyenne always had a way of getting Ethan to agree. Maybe he was too easy on her, maybe he should have put up a bigger argument or given a better reason not to break into an abandoned house. As if that wasn't enough on its own. Ethan had a clean record for the most part, but Cheyenne had already gotten into some trouble for underage drinking twice. If they were caught breaking in somewhere, she might be suspended from school, or worse.

They gossiped the whole way about Ethan's old bullies, about their plans for the rest of the summer, laughing until their sides ached. The pair finally reached the cabin, their shoes crunching on the gravel drive as they paused in front of the porch. There was no longer a candle burning in the window.

"Looks like whoever was here must have left" Ethan voiced his thought outloud.

"That's OK, let's see what he was up to." Cheyenne waltzed up the steps like it was her summer residence and wrenched open the rotting oak door. Its hinges were rusted and groaned loudly as the door swung inward. In the moonlight, you could see a surprisingly spacious entry with a rounded staircase that hugged the edges of a circular room. The stairs led to a second floor which was completely dark, and the banister was mostly missing.

"Hello! Anyone here?" Ethan called out to the empty darkness. He wanted to be sure they weren't intruding on someone, or about to get into trouble.

After listening to the house groan and squeak, Ethan and Cheyenne concluded they must be alone.

"Let's go see what's up in the attic! Maybe the owners left something cool." Cheyenne called as she stepped on the first stair.

"Hello?" Ethan rushed to the door's front window to look outside and see if anyone was there. "Just the wind, I guess."

Cheyenne continued to top and mimed falling over the edge. Her long, straight hair shone in the moonlight as it dangled over what remained of the railing.

"Chey! Don't fucking do that!" Ethan rushed up the steps to grab her. "That's not funny!"

"Oh my God! Relax, it's just a joke." Cheyenne laughed and pulled herself away from the edge, her smile flashing white in the dark.

At the top of the stairs, a black figure appeared behind Cheyenne. Ethan didn't hear anyone walk up, didn't sense anything change. A woman's voice whispered from the figure, though no mouth could be distinguished from the mass of black shadow that now resembled a small woman's silhouette.

"GO!" The figure seemed to scream at them, but its voice was barely audible.

Ethan stared in shock as the figure raised a mass of black shadow in the shape of a small hand and pointed it at Cheyenne. Cheyenne had been looking at Ethan and had not yet seen the source of the whisper. Her large black eyes widened in shock as she started to turn around to confront their new arrival.

"Now hold o-" Cheyenne started to object to being spoken to so rudely until she saw what was now clearly a young woman, although made up entirely of black shadow. Her mouth hung open and she lost her breath.

The dark spirit's form started to become clearer, a face was now distinguishable in the black mass towards the top, shaped like a skull. "GO NOW!" A black hand made of smoke reached up to Cheyenne's neck and lifted her feet off the stairs. Cheyenne gasped and grabbed at the ghost's arm with both of her small hands, but they passed through the dark mass as if it were vapor.

Ethan screamed and ran up the stairs to pull Cheyenne back down. As he reached for her legs, a black hand made of dark smoke closed around his neck and lifted him off of his feet. He looked into the face of the black spirit and saw into eyes that were darker than eternal night.

My path has changed so much, that I'm not sure I'm on the right one! BS in Biology, passed up Dental School to work with my family for the last 8 yrs. I love reading fantasy. Hopefully, my first attempt at writing isn't too shabby.

More stories from Anna Michaletz and writers in Fiction and other communities.