Everyone's childhood can be a book or a picture, my childhood is a storybook, and its main characters are my brother and me. 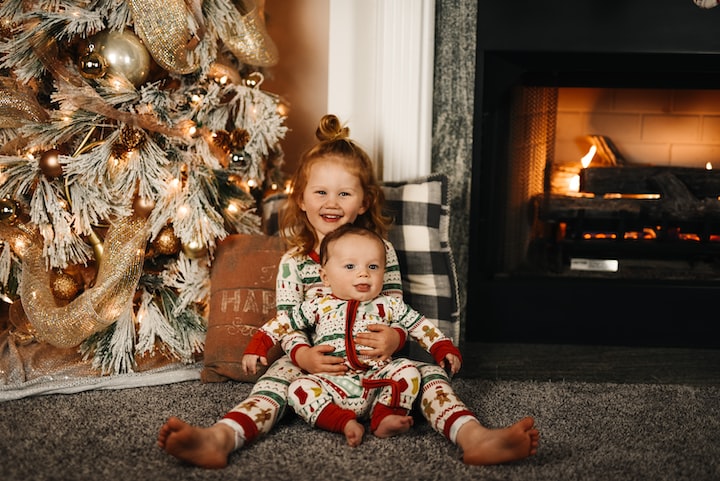 Photo by Christian Bowen on Unsplash

Everyone's childhood can be a book or a picture, my childhood is a storybook, and its main characters are my brother and me.

My brother is my aunt's child, three years older than me. I heard my mother say that the day I was born, although my brother was only three years old, he always watched over me, afraid that I was carried away by the bad guys, not leaving me step by step. All these years I have been feeling the love of this "little adult".

One Sunday afternoon when I was four years old, my brother and I went to play on the air mattress in the cultural square. Just now it was sunny, but in a few minutes it was cloudy, other children had left, I hid in the cave, waiting for the appearance of the "leprechaun", not knowing that it was going to rain, the owner of the air cushion probably thought that the children were out, so he released the air in the cushion, and the "cave" I was hiding in collapsed. The "cave" I was hiding in collapsed, and I was crushed underneath, the sudden change so that I could not understand, I was so scared that I lost my spirit to cry.

At that moment, I heard my brother shouting "Brother! Brother!" I wanted to say yes, but my mouth did not shout, I was pressed by layers of plastic, how to crawl can not get up, I heard my brother's heartbreaking shout, "My brother is inside, brother! Save my brother!" The adults may be momentarily stunned, and do not know what to do, my brother cried while reaching out to pluck the plastic, finally, his small hands holding my fat hands, he helped me up, hugged me tightly, crying, "brother, finally found you!" Tears and rain outlined a pattern on his face, we helped each other out in the rain. The adults' hanging hearts finally dropped, and I took the scene just now as a magic trick of the demon, while my brother held my hand tighter and tighter, as if afraid that I would run away, afraid that I would fall.

I always waited for my brother's arrival at home, and every time I saw him there were fresh stories and the popular play of the day for kids. In my childhood, my brother was my expectation and my best companion.

On the Fourth of July, when I was six years old, my brother and I went to the home of the "Grape King", where I was exposed to the country air and saw the grape arbor for the first time. Although it was autumn, the front of the house was still lush and prosperous. I ran happily on the land, the smell of grass filled my nostrils, and my brother's voice came from behind me, "Brother, slow down, be careful of tripping over something." My feet tripped over something and I almost fell. It seems that this land is not a sports field, there is silent life everywhere. We stopped and found that under our feet was a radish tassel, we both had no tools, so we used our hands to grind the soil, the soil got under our fingernails, but we were attracted to this big radish, digging and digging, we saw the red coat of the radish because its body was round, we had to dig a large area and dig to a certain depth to pull it out. When we saw the big belly of the radish, my brother and I worked together to pull it upward, and finally pulled up this stubborn big radish, it seems that the farmers can be hard, pulling this one radish to both of us lost a lot of energy, but this stimulated our interest in pulling cabbage, ah, pulling carrots, the most glorious work then pulled out a result, we were both very excited, we also tasted the joy of the farmers harvest. Since then, that land has become the place where I chased after on vacation, where we had our happiness and countless stories.

My brother and I traveled together through the famous places of our country, the great mountains, and rivers, we used to carry the big flag with the guide, and we both used to secretly leave our names on the places we visited. Turning over my childhood album, every photo is a story, nourishment of childhood, in countless stories, let us strengthen our affection and cherish everything today.

Let love turn into remembrance and pain into song. Let flight sweep across the sky and end in the converging wings of homecoming. Let the touch of the hand, be gentle like the flowers of the night. Brother, the never-failing figure of my childhood.