(and showing up too late for the fireworks display) 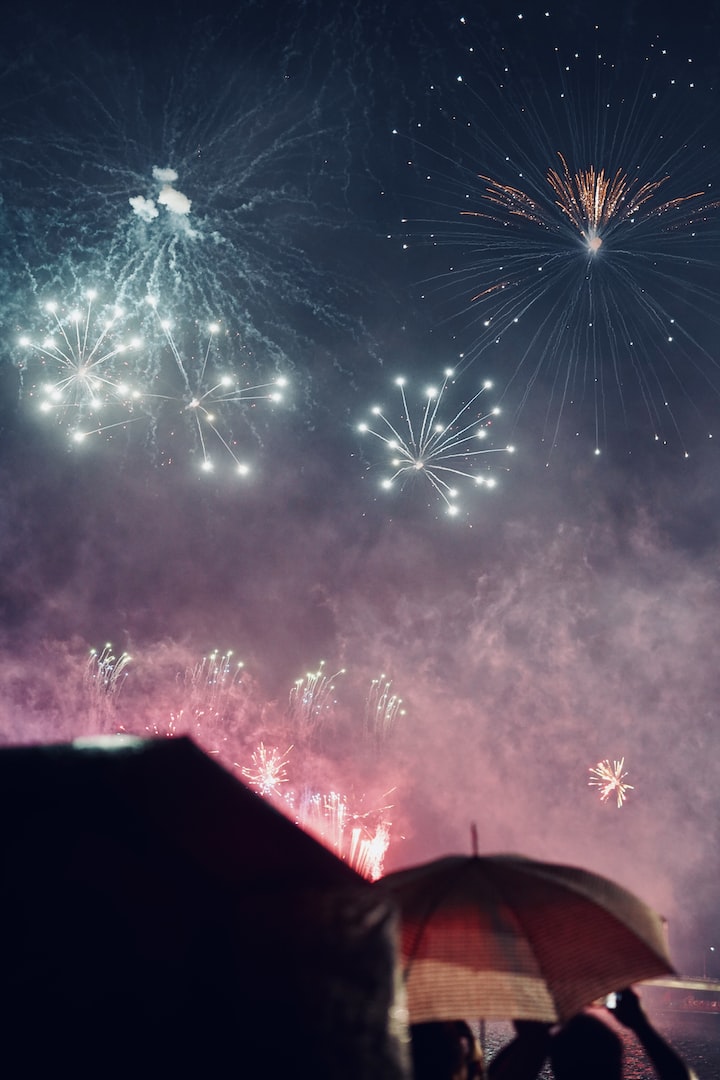 Photo by Jack Bass on Unsplash

The walk alone was exhausting. A stressful day, a journey undertaken too quickly and underscored by stress. Walking with friends but lagging behind. A trek that resulted in a broad open space, an airy viewing platform, an opportunity to watch fireworks for Bonfire Night.

In the past I’ve only ever watched fireworks with my family. My mum would take me and my siblings out, all bundled up in our winter coats, and we’d stare at the sky in the local park. Once we got the dog I’d try to stay home and hold her, both of us flinching at the explosions.

As far as I remember there were never any fires in the area because of bonfires or fireworks. That changed once I moved to the city, with the bus ride back to my house being overtaken by multiple fire engines. All I knew of the November celebration in the city was what my boyfriend had told me:

“It was fine until people started throwing fireworks.”

Throughout the entire evening, sporadic bangs had been the background music to anything I did. The sun had descended at 4:30PM; the artificial lights had lit up the sky ever since.

The vehicular journey home was replaced by an ambulatory one. My partner and I deposited our luggage then walked to meet some friends at the Optimal Fireworks Viewing Spot (TM).

I kept my misgivings about the ordeal to myself; it was probably just anxiety acting up, and my boyfriend had expressed a keen interest in watching the free entertainment with mates. My apprehension towards a jubilant night could be argued to be historically accurate. A terrorist plot against king and government? Not too widely accepted. The context would instill fear in any good upstanding citizen, let alone an anxiety-filled student doing a history degree.

However, as a leftist anti-monarchist, why was I worried by the idea of fireworks’ night? I wasn’t opposed to it ideologically, or even historically. Part of me perhaps disliked the noise and disturbance, but I’m also not a grumpy pensioner obsessed with ensuring young people have no fun. My anxiety approaching the viewing spot was unfounded…but possibly exacerbated by my pounding heart-rate and aching legs, forced to suffer a walk uphill to the observatory.

The walk alone was exhausting. My partner stormed ahead, speed walking, and my housemate matched their pace easily. My asthmatic, exhausted form was lagging behind. Whilst walking, I checked social media to see updates from our other friends who were already viewing the luminescent delights, and who had hopefully saved us a place where my short self could see across the city proper.

“You’re gonna miss all the fireworks at this rate”

My heart sank into my wheezing chest, but we persevered.

The trek uphill was entirely shrouded in darkness. No street lights, no stars shining through the tree canopy. Only the path below us, some weak phone torches and the feeble moonlight through the branches.

Somehow we reached the observatory. My friends were of course before me, my health leaving me trailing behind. My torch was clutched in hand, weakly pointing my way ahead, until we reunited with the others.

The conversation became general chatting whilst I dissociated, focusing on the sky. Some individuals would turn to watch the fireworks every so often but most were occupied with socialising. My friends were right; most of the fireworks were over. Opportunities for arson had already been taken.

I simply stuck to watching the horizon.

We were stood a few metres from the observatory, stationed on a hill overlooking the river. A perfect spot to see celebrations all across the city. The skyline was outlined perfectly thanks to light pollution contrasting with the darkness of the fields beyond. Any celebrations - or disasters - would be easy to spot, bursts of daylight in the sea of nocturnes.

A smattering of fluorescent ejaculations still spotted the skyline but the observatory celebrations had long since ended. Only a handful of youths, firing rockets at one another, were left to provide entertainment. Spooked dogs and collapsing students, the stench of weed, and some liquer swigged from the bottle. A weak reward for the climb to the observatory in the first place.

My focus remained on the sky. Local news websites had said some celebrations would last until 10PM, so surely…?

The fireworks were done, we arrived too late.

But for a first time consciously and willingly going out to watch the fireworks in the evening, it was an adequate experience. A handful of light displays split the skyline and we had alcohol in hand to stave away the November night.

Looking out all over the city - to the east and south, and to the next county over - one could see individual celebrations that nudged the sky into being more than just an inky void. Whilst the main celebration had ended, humanity continued with their own joy.

Perhaps one individual family had bought some fireworks from the local superstore and set them off in their back garden.

Perhaps a group of teenagers had purchased some rockets and were aiming them at the local council house.

Perhaps a community had rallied together to put on a show for the children in the area.

Regardless of those who had communed to concoct the idea, I profited, stood atop Observatory Hill, mesmerised by the skyline. A unique sense of isolation overcame me with every new explosion. They were down there, having fun; I was near a hot suicide spot, shivering and disappearing into my own head.

But for what seemed the first time ever, I had someone who consciously cared if I had a good time. My partner would rest their head on my shoulder, borrow the bottle from me, kiss my cheek and question my well-being. Someone was there to ensure I didn’t disappear like a skittish dog at the sound of loud bangs. Someone was the part of my teenage self stroking our puppy, calmly working to soothe the spontaneous anxieties.

(A sky that was rent by exhilaration was nowhere near matched by the thrill of love my partner elicited in me.)

The stress and terror of showing up late to an event - even if the event was ill-defined, as a ‘general fireworks celebration’ - was abated by having a warm body by my side. For an occurrence I would normally retire into my bed for, the presence of comfort embodied was significant to keep me stood on the clifftop. We passed the bottle back and forth, him chatting to friends, myself maintaining silent wonder.

Showing up late to see the night was perhaps the best course of action for one unaccustomed to the sudden shock of a firework display. Despite there being only minor marvels, it became a better night than if I had just gone to a community fireworks display. I had friends - albeit belatedly united with - and I had my love with me. We had the freedom to all go home, to avoid being hit by misdirected rockets, to return and be safe and to talk into the night. Free from rain, free from sparks. Free to concoct a Catholic plot to overthrow the monarchy…

...though perhaps we’d save that for next year.

More stories from AJ Birt and writers in Fiction and other communities.