by Tricia Sankey about a month ago in Sci Fi 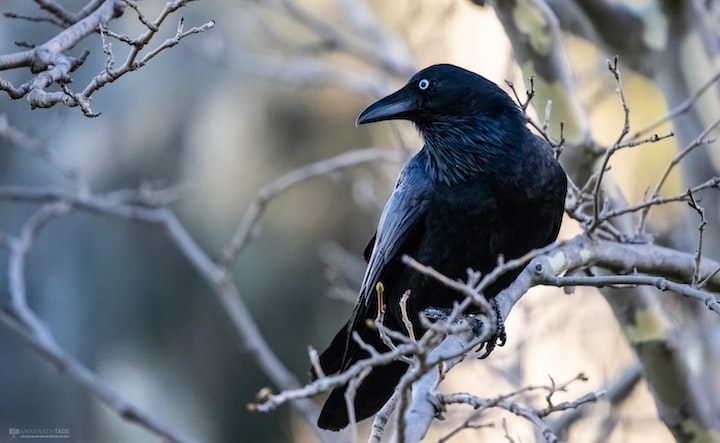 Photo by Amarnath Tade on Unsplash

The day came when human intelligence was captured and tweaked until it fit onto a tiny microchip inserted inside a bird’s brain. The governing lords wanted eyes and ears flying discreetly through the skies, to prevent any uprisings and bear witness to all crimes.

These were common birds of all colors and species. Ducks let out a quack that would send the children running. The lords provided an increase in bread, but then the crows swooped down to snatch it up into their greedy beaks.

No commoner had weapons, for they were stolen long ago. It all transpired on a blood moon – black magic. While the moon was robbed of its soft, white light, a tornado snatched up every gun. The villagers were left defenseless as the sun filled the sky and the robots took their place, atop a green, grassy hill.

Years later, Evelyn, a soldier’s widow, walked across a sandy beach underneath the dim light of an aging moon. It was eleven minutes after the eleventh hour when she took one long swig of water hemlock from her silver canister. She then bent to her knees and plunged her hands into the sand.

A flock of crows landed around her, for it was dark and they were curious. Her red hair rippled in waves about her face, concealing a smile on that fateful night. One crow, who’d named himself Drake, inquired of her business.

Evelyn sang a song in an ancient tongue, one that tickled their small minds until they squawked for her to stop. Hebrew, Greek, and Latin conjoined in tangled chords. The gematria of each lyrical verse summed to 666. The crows wanted to deem her a witch but assumed all witches had passed. The lords had assured them of this. She began sweeping sand over her bare feet and legs until it blanketed half her body. Then she removed her heart-shaped silver locket from around her neck and placed it upon her buried legs. She closed her eyes and her lips moved without sound.

Her silent chant unnerved Drake more than her speech. The lords would hear of this. He demanded she stop at once.

Evelyn only laughed. She bent her knees up, breaking the shallow grave. Then she stood and carefully placed her locket back over her head and smiled at Drake. “The lords will bury you here,” she said as she opened it for him to examine. “They will stuff all the tiny crow brains inside this locket.”

Drake’s beady eyes glared. “You lie! Our brains are immortal! They will live on inside a baby chick after our bodies have failed,” he said.

“You are not so immortal,” Evelyn replied sharply. “The baby chicks are a dying lot, the lords have seen to that,” she said. “They may renew one out of every thousand of you, but the lords will control the population. You will not all make it.”

The crows looked warily at one another as their brains tried to think on their own.

Three years passed before the crows were found dead in record numbers – either by flying into glass buildings or colliding in mid-air. The lords blamed the Avian Flu, but on further investigation, the people discovered the crows were drunk off wild, fermented berries. Rumors spread quickly. Many said they’d been poisoned.

The rebellion finally came when the butterflies were summoned. At precisely 11:11 am, the microscopic crow brains were dug up from the sandy beach, carefully extracted from the heart-shaped locket, and inserted inside the Monarchs. The technology came alive, as the butterflies flapped their wings against the wind. There was a blur of orange and black when they circled and swarmed on the hills. The event took place on the 33rd parallel while the sun gazed down with its singular, pulsing eye.

And that is how the lords lost their land to butterflies.

Tricia Sankey is a Freelance Writer and Editor who enjoys blogging at www.triciasankey.com and tweeting her micropoetry @triciasankey. Her writing can be found on sites such as Red Wolf Journal and 50-Word Stories. #armywife

See all posts by Tricia Sankey →