by J. R. Lowe about a year ago in Short Story
Report Story

The final moments of a domesticated house spider 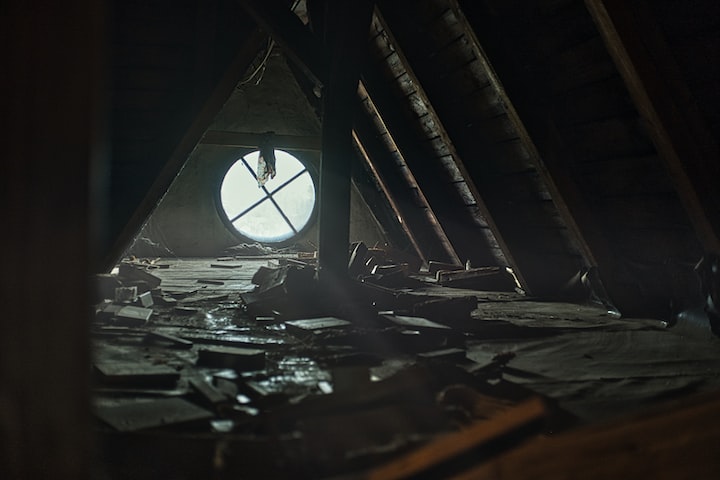 Photo by Michael Förtsch on Unsplash

The holidays always brought me so much excitement. It was the antidote to my never-ending sentence of loneliness in this cold and aging house. I suppose I too wasn’t getting any younger these days.

Perhaps that’s why seeing my grandkids run around the house with such youthful excitement gave me so much joy. Those little shits were a handful, but I loved them dearly nonetheless.

The house was so lonely without them. This year though, we had decided to do Christmas in July, which really was just my excuse to force the family into visiting me a little earlier than planned.

After a long morning of trying to figure out exactly where I had put the decorations, I had finally gotten started on the decorating. The first thing on the list was the lights.

As I hummed away and began to attach the lights to the wall on my balcony I noticed a commotion from the corner of my eye. It wasn’t until I turned around completely that I saw a spider running full speed towards me, fangs stretched out, and legs ready to pounce. I’d always been terrified of spiders. Other bugs and critters were fine, but spiders were where I drew the line. Without a second thought, I raised my foot and stomped the little bastard into the wooden slats on my floor.

I rarely ventured beyond the safety of the box. There was no need to really. The box provided everything I needed, most of the time anyway. Moths would often stumble into my lair after an evening of exotic dancing in the moonlight which shone through the small window of the attic. One quick bite after that and they were mine.

It was quite a scenic event really; a pre-dinner entertainment of fluttering, winged menu items in the luminescence of the moon, topped off by the piles of old Christmas ornaments which were pilled rather chaotically inside the box. Every now and then though, there would be a period where no moths would fall into my trap. I’d get hungry and would be forced to venture beyond the walls of my cardboard safe haven.

It was in these times that I had explored the crevices of the old wooden construct. The lower levels were much brighter, and thus hosted a much larger population of potential menu items which were effortlessly lured towards the enchanting luminescence of the light fixtures which decorated the rooms.

It was always a gamble as to whether or not I’d make it there and back alive though. The threat of much larger critters was enough to keep me hiding in the shadows, but the real threat was the humans.

The humans were incredibly intimidating. Not just because of their immense size, but because of their sinister disposition. Even those of them who were seemingly gentle were still inherently destructive. I once saw an infant tear a mantis limb from limb just to see what would happen.

Perhaps it’s the fact that they truly believe they are innocent, and that their very existence doesn’t threaten the survival of so many others, including myself, that makes them so dangerous and terrifying. Sure, I have killed, but at least I’m not in denial about who I am. I kill for my own survival, but that is all. Humans on the other hand kill for pleasure.

There was only one human which seemed to inhabit this house, an old woman who’s only company seemed to be an immense loneliness which followed her around like an unrelenting stench. I suppose we had that much in common.

Other humans would visit, but usually only in the holidays, and for most of the time, the house was relatively dormant aside from the sound of Meredith’s soft footsteps when she would shuffle from her bedroom to the kitchen to prepare herself a warm cup of tea.

Meredith was different to the other humans I had observed, or at least she seemed to be. She was so gentle and kind, unlike her monstrous mantis-dismembering grandchildren. I’d watched her over the years, and she never seemed to let her tender-hearted façade slip.

It had gotten to the point where I genuinely believed that it wasn’t a façade at all. Meredith was a good human. I still remember the instance when a beetle had made its way into the kitchen and flipped itself onto its back right in the middle of the island counter. They aren’t the brightest creatures.

I was watching from the top of the kitchen cabinet, deciding whether or not it was worth risking my life for such a delectable meal, when Meredith suddenly appeared from nowhere. I was expecting her to crush it to pieces but instead she tutted and waved her finger.

“Oh goodness me,” Meredith said. Her voice was weathered and shaky, not unlike her physique, but something about it was so serene. “You’ve gone and flipped yourself over!” she said to the beetle, as if to tease it affectionately.

“Not to fear though,” she said with a chuckle as she hobbled over to one of the old wooden cabinets and pulled out a small drinking glass, “I can help you with that, lovely.”

I watched as she gently placed the glass over the stupid little beetle before she grabbed an envelope that was sitting on the kitchen bench and slid it under the glass, entrapping the beetle inside. She carried it right out the front door and placed ever so softly on the fencing which lined her balcony.

I was so shocked with how much compassion this woman had. ‘Why did she save the beetle?’ I wondered, although I’m almost certain I will never entirely understand the answer. ‘If she could be so kind and gentle to a beetle, the stupidest of critters, could she show the same compassion to me, a small, domesticated house spider?’ I thought to myself. Nevertheless, I had never been brave enough to test this theory, so it had remained a mystery.

This morning, I awoke to the sound of the latch to the attic hatch being rustled around and Meredith’s eventual deep sigh of relief as she swung the latch open in triumph. ‘What is she doing up here?’ I thought to myself in a panic. It was rare for her to ever make her way up to the attic.

She let out a small grunt as she pulled herself up from the final step into the room which seemed to require all the effort she had. After a moment of collecting herself and dusting herself off, she patted down the wall and flipped on the light switch. She then began to search through the piles of boxes and old items which lay scattered around the room as I watched through a small hole in the side of my box.

Meredith hummed something inaudible as she rummaged through the old boxes, muttering to herself as she searched.

“Where did I put it?” she muttered to herself as she cracked open another cardboard box on the other side of the room.

‘What is she looking for?’ I thought to myself. It was so strange that she had come up here, especially at this time of year. She began to step closer towards my box as she continued her search. The lull of her humming gradually became louder. Suddenly, I froze. She was singing a Christmas carol. ‘Surely she isn’t looking for my box. She can’t be...’ I thought to myself, ‘It's full of Christmas decorations…But it’s July!’. It didn’t make any sense.

I watched through a split in the side of the box as she came closer and closer, and a feeling of dread crept over me. It was only a matter of minutes before she would open my box and find me. I looked around and desperately managed to bury myself under some of the old tinsel which was scattered around. Only moments later, I heard the crisp grind of cardboard flaps as Meredith opened my box and stared into my home.

“There you are!” she chirped triumphantly.

I felt my box begin to move as Meredith lifted it up and carried my home right out of the attic. She was struggling to carry it though, and almost dropped it on several occasions. As I heard her reach the ground floor, the box turned and the contents began to shift, a bauble almost crushed me as the box tilted sharply to the side, and I could here Meredith grunt as she struggled to carry everything to its destination.

Suddenly, light shone through the cardboard box as I peered out from under the tinsel. I was already shaken, but when I realised where I was, things only got worse – I was outside. I’d never been outside before, and for good reason. The box was situated on an old table on Meredith’s balcony and she was busy trying to hang some of the lights she had already removed from the box on the outside of her house.

‘I have to get back inside’ I thought to myself. In a panic, I dragged myself out from underneath the tinsel and climbed to the edge of the box. The door was only a few metres away, I could make it without Meredith noticing if I was quick, but as I braced myself to jump from the box, I saw something from the corner of my eye and froze. There, on the fencing which bordered the balcony, was a magpie. It stared at me so coldly, with a look I was so familiar with. It was the same look I gave the moths which had climbed into my box.

Meredith was only about two feet away, the front door must have been at least five or six. There was no way I would make it to the latter. I could feel the magpie’s stare, locked on to me like I was in the scopes of the most dangerous sniper in the world.

In a desperate panic, I looked over at Meredith. She wasn’t like other humans, she saw value in small critters, and she had so much compassion that maybe she would have the decency to save me. I’d observed Meredith my whole life and her kindness seemingly knew no limits. I jus prayed that I wasn’t an exception to the rule.

Without a second to spare, I leaped from the box and ran as fast as my legs could carry me towards my saviour. The bird immediately jumped from the post and begun its swift swoop towards me. I could see it closing in on me with every step I took. Meredith turned to see me running full speed towards her and screamed in horror.

I had almost reached her when the bottom of her Ped Walker sandal came crashing down towards me. I was wrong. I guess even the kindest of humans have their limits. Happy holidays, Meredith.