by Josh Lowe 6 days ago in Short Story

When an owl lands on a stranded fishing boat that is packed with refugees, it sparks a chain of events that change a young boy's perception of home and belonging... 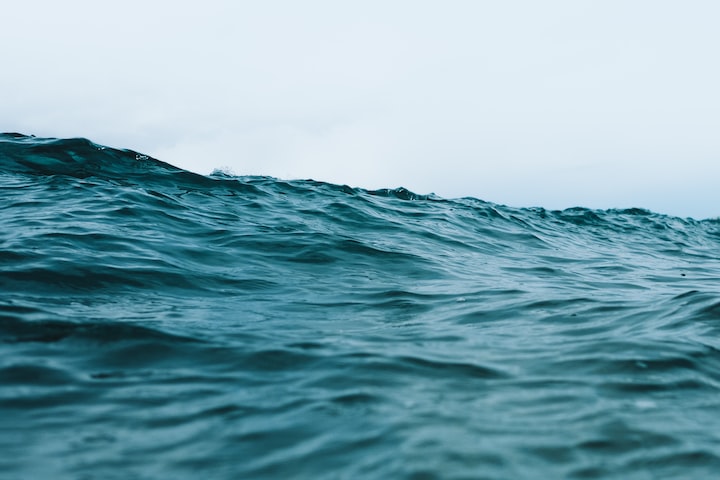 Photo by Thierry Meier on Unsplash

It didn’t belong here, that much was certain, but then again, neither did I. Not that it wasn’t welcome aboard the boat, everyone seemed to enjoy its presence despite the grim situation, but it was unusual to see a barn owl this far out at sea. It was perched at the edge of the half-rusted standing shelter, just a few feet ahead of me, watching over the crowd of swaying heads and the weary expressions of all ninety-nine refugees.

We were packed like sardines, and I had somehow found myself wedged in between a rather stout elderly woman who reeked of cheap incense and a scrawny young man with a wiry black moustache that let out deep grunts every couple of minutes. I hadn’t spoken to anyone since I got on board, not even the owners of the boat. I had just given them a smile and a gracious nod, which they seemed to accept, as I followed the crowd onto the deck.

Most of the passengers were families and friends that knew the boat’s owners. There wasn’t meant to be this many of us, but everyone had loved ones they refused to leave behind and I guess the owners just couldn’t say no. I don’t blame them for saying yes to this many people, but I wish they hadn’t. There was barely enough room for half this many people.

It had been five days since we’d escaped Vietnam now. At least I thought it had. At this point, I couldn’t be sure. The days all seemed to blur together after a while. It was 1981, of that much I was certain, but as for what day or time it was or where we were, I had no idea. Just thinking about where we'd end up was terrifying. We'd all left our homes in search of something better, but as awful as Vietnam was, it was all any of us had ever known. It was where we belonged, and to belong anywhere else seemed truly impossible.

Six years had passed since the People's Army of Vietnam had captured Saigon. The conflict between the North and the South had devastated the country over the years. There was so much cruelty and death. The war had clung to the country like a parasite, feeding on the lives of anyone it could latch itself onto; mothers, fathers, children - it didn’t matter, there were no exceptions.

I looked up at the owl again in search of an antidote for my fears. There’s a certain understanding that animals possess that most humans lack; a sense of empathy, of mutual understanding, and of mercy. Not one of us had considered eating or harming the owl at any point because we’d been so beaten down by the sheer horror and violence that we’d witnessed over the years. Now that we had finally escaped, we’d do anything to never have to see such hatred and destruction again. There was no value in it. No reward. No nothing, except more death. So instead, all ninety-nine of us just watched the owl in silence as the boat rocked with the waves and we drew closer to our destination, wherever that would be.

The novelty and relief we’d all felt after escaping Vietnamese waters had worn off days ago. The engine had blown out on the second day at sea, spluttering diesel all over the deck as it let out one final harrowing grunt of defeat. Now, it was silent aside from the lapping waves and the occasional pained moan amongst the crowd. We were exhausted, starving, and hopeless. No one said a word, unless you count moustache-man’s occasional grunts. I suppose none of us had the emotional or physical strength to talk, or to do much of anything but wait.

To make things worse, I was by myself. No family or friends by my side. My father had passed away a few years prior. Well, he was executed by the communists to be specific. I had no siblings either so it had just been my mother and I for the last few years. A few months ago she had fallen ill and when she heard about this boat, she insisted that I got on it, even though she knew she was too ill to come with me. I resented her selflessness. I should have stayed with her. A 16-year-old boy shouldn’t have to leave his home, his mother, and his country. Not like this. But deep down I knew I had no choice.

Guilt played on my mind over and over again until I finally distracted myself by taking another look at the owl. It had barely moved at all and it was admirable how seamlessly it had made itself at home up there on top of the standing shelter, just existing in its rawest form. It paid no mind to any of us. Its tattered feathers were displayed proudly on its wings, and it had seemingly no intent to change itself in any way. The owl was simply being. It had made itself belong here, rather than changing itself to belong where it once did not.

‘Could I do that?’ I wondered, ‘Could I make myself belong somewhere I didn’t? Without changing myself? In a foreign place like the one we’re headed towards? Probably not…’

It was scary to think about where we’d end up. No one knew where the ocean would take us, or if we’d even see land ever again. The current would decide our fate now. But wherever it was taking us, I had an anxious feeling that I wouldn’t belong there. I’d spent most of my life living in fear, not knowing whether my mother and I would see it through to the next day. It was hard to imagine what it was like not to live like that now.

I cursed myself under my breath after realising that I’d just looped back into the same train of thought yet again. Suddenly, the crowd of bodies began to stir. Excited mutters emanated from across the deck. As I looked around, trying to figure out the source of the excitement, a faint buzz filled my ears. I followed the gaze of the crowd, looked up into the sky, and gasped. There was a small white plane almost directly above us. People began to yell and wave their hands frantically in a desperate attempt to catch the pilot’s attention and after a few moments, the plane changed direction and began circling us from above. We were saved.

It wasn’t until several hours later that a warship approached our tiny fishing boat, dwarfing us as it towered above. After one of the other passengers had a brief discussion with a middle aged man who I could only assume was the ship’s captain, a climbing net was thrown down and soldiers began helping people climb up onto the ship. It was at least a ten foot climb. Half of us were too weak to make it by ourselves so several soldiers were helping to heave people up onto the deck.

They were taking people from the other end of the boat first and it seemed to take forever before it was my turn. Eventually though, the time arrived. Incense woman went first, followed by moustache-man and then finally, myself. As I reached the top of the climbing net, one of the soldiers extended his hand. I reached out and grabbed it and he pulled me upwards onto the deck with seemingly no effort at all.

“There’s not much meat on you at all is there, mate?” he laughed, “Welcome aboard,” he said in a friendly tone while patting my back.

At the time, I didn’t speak a word of English, so I just nodded and smiled as I followed the rest of the crowd through to another section of the ship. I later came to realise that the ship belonged to the Royal Australian Navy. It was ironic though that I’d greeted the Australian soldier in almost the exact same way as I’d greeted the owners of the boat at the start of my journey. I hadn’t changed at all, even in this foreign place with people who said things I couldn't comprehend, and on this ship with words on it that I couldn't read.

‘Maybe I could be like the owl?’ I thought to myself. Then I paused, remembering the owl that I’d completely forgotten about amidst all of the excitement.

‘Where did it go?’ I wondered to myself as I continued to slowly follow the crowd through the ship, 'Is it still on the fishing boat?'.

We came to a halt in a large mess hall. The room itself was rather bland, with white painted walls and light blue furniture that was quite literally limited to tables and chairs. As people began to take seats and spread out across the room, enjoying the fact that they no longer had to be wedged together shoulder-to-shoulder, I wandered over towards a small window at the far end of the the room.

Outside the window, there was a small walkway which was guarded only with a small white railing no more than four feet high. Past the railing was the rest of the ship. Most of it was a wide open space with a few aircraft scattered around, and what looked like soldiers jogging around in circuits. Noticing movement in the corner of my eye, my gaze suddenly shifted to the left. Just a few feet down the walkway, sitting on the railing, was the owl. It was in a new place, with new people, and new things, yet it looked just as at home as it did when I first saw it.

I watched it for a few moments, and suddenly realised, 'perhaps home isn't a place. Maybe it's a feeling.'

To me, the owl seemed so out of place here, but it didn't seem to care. I suppose the fact that I even thought to look for it onboard this ship meant that maybe it did belong here after all. So I decided to make myself home here too, on this ship, and wherever it would take us, just existing the way I was. My olive skin, scrawny limbs and tattered clothes were proudly on display, and I had no intent to change myself in any way.

I belonged here because I made it so, and I decided then and there that I would never change myself to belong somewhere I once did not. Glancing out of the window again, I found the owl's wide eyes staring back at me and we seemed to come to a mutual understanding. It didn’t matter where we had come from or that we didn’t know where we were headed because in a sense, we knew exactly where we were going now. It was a place we would always belong - home.

Read next: Under A Sickle Moon