by Lena 8 months ago in Mystery · updated 20 days ago 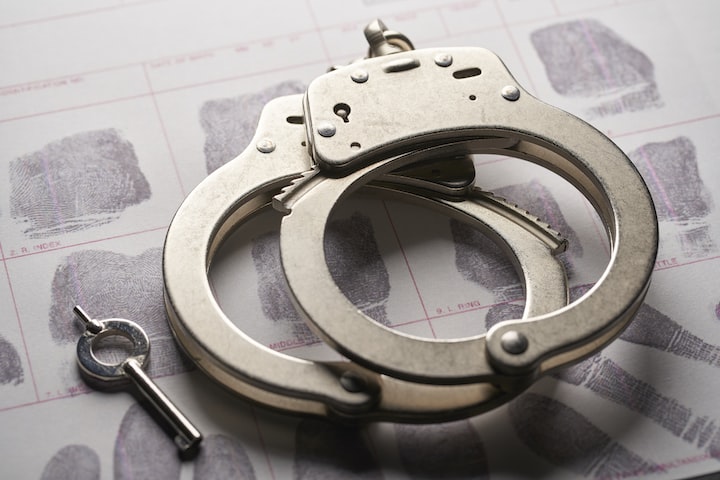 Photo by Bill Oxford on Unsplash

"Chloe! Watch out!" Jason hollered. I ducked just in time to hear the bat smash into the car above my head. I twisted sideways, grabbing the bat and knocking him to the ground.

"Sorry, Jim. Not today." I tossed the bat into my car as I snapped the cuffs around his wrists. "Let's go get my check, shall we?"

Jim muttered a few less than flattering names at me as I slammed the door behind him and waved thanks to his brother Jason who was laughing from his porch.

This wasn't the first time I had been out to pick up his brother for skipping out on his bond. Jim was a mean drunk, and I figured Jason wasn't too upset about him being picked up.

I looked at the dent above my door, muttering to myself. I sighed and climbed into the car, sneering at the drunken man in my backseat.

I know a lot of people think bounty hunting is this ultra-cool gig, but it really is not all that television and movies make it out to be. Nor does it pay half as well as people like to think either.

Most of the time I collect between 300-500 bucks per skip. Fortunately, a lot of the skips tend to be what we call a "midnight run," and they are easy to pick up. That's what Jim was. He was nasty and mean, alright, but he was relatively easy to bring in, especially since he was still drunk.

Ninety percent of the skips I bring in are like Jim. I tend to think of myself as more of a dog catcher than what they make bounty hunters look like in the media. Of course, instead of chasing the neighborhood strays, I spend my time hunting down the neighborhood drunk drivers and thieves. It tends to pay about the same, too.

I handed a very smelly and angry Jim over to the cops and collected my $550.00. It wasn't much, but it filled the gas tank and would later fill my refrigerator as well. I splurged on myself and got some sushi and bubble tea for lunch, before heading to the beach to eat and go over my files.

Most people observing me on that bench would probably guess I was the local Starbucks barista or the popcorn girl at the theater, not a bounty hunter. Or fugitive recovery agent, as we are also called.

Generally speaking, I look like your random girl next door. I am of average height and, despite my job and generally healthy diet, I tend to look a lot more like a lonely pastry chef than a bounty hunter. I am also a little bit more on the quiet and clumsy side than most bounty hunters, but what can I say? It's my job, and I love it. Surprisingly, I'm pretty good at it, too.

My big brother reeled me in a few years back when he asked for my help on a big skip, and my share of the bounty was a lot better than what I made standing behind the register at the local grocery store. I shadowed him a few times until I felt comfortable, and I still call Sam for help occasionally when I need an extra hand.

Every once in a while I get the opportunity to chase after a big fish. Of course, there tends to be more competition for those, and I was feeling the need to quickly catch the latest skip. His real name was Jeffrey Baer, but he went by Ferbie. I asked him about the source of his nickname a few months back when I picked him up for some small-time smash and grab. He told me where to go, and I decided I didn't care that much about his nickname anyway.

Last month the moron got himself mixed up with the wrong group of guys and was now wanted for armed robbery and murder. Fortunately for me, his bond would pull in a nice $40,000.00 haul. Unfortunately for me, I had no idea where to find the little runt.

I tossed the formal file in the backseat and retrieved my own filing system from my sweatshirt pocket. It wasn't much. Just a small, black notebook that I wrote the details of my captures in.

I munched the last bite of my spicy tuna roll and read over my notes from the last two times I had picked him up. I had already checked on his on-again-off-again girlfriend, Tina.

She said she hadn't seen him lately, and I figured from the looks of her new boyfriend and his fancy car that she was probably telling the truth. I mean the girl had a bad taste in men for sure, and you never can tell about some of us girls when it comes to men, but my gut said she was moving on and up. I also moved on.

His mom was facing a bad case of cancer. I felt bad for her, and only wanted to bother her if I had to. I sat on her place for a couple of days, but it seemed like a dead end as well. I still drove over to check her place out every day, but I was focusing my efforts elsewhere.

I asked around some of his buddies on the street, and they all said the same thing. It seemed that he had made some new friends and cut ties with most of the people from his old life.

I found out about a pool hall where some of his new friends hung out, and I drove by a couple of times. It was in a run-down strip mall in an older part of town. It wasn't the best neighborhood, but I figured the new dent in my car might help me blend a bit better. I parked across the street in front of a hole-in-the-wall Thai restaurant.

I saw a black SUV pull up in front of the pool hall. I strained my eyes to see through the growing darkness, and I saw a tall, skinny kid with scraggly hair climb out of the passenger seat. I was pretty sure it was Ferbie. I waited until all five of them had been inside for about five minutes and pulled into the parking lot. I parked a few cars away and tried to look in the windows, but they were covered in posters.

I needed to get in there, but I knew I would stick out like a sore thumb. I know people like to imagine bounty hunters in black spandex and leg holsters with flak vests. But seeing as how this is my real job in the real world and not a reality tv show, I like to keep things simple.

I need to be able to move quickly and easily and also fit in just about anywhere. So, I tend to wear jeans and sneakers everywhere I go.

I decided it was time to give Sam a call. I needed eyes on the inside, and in this case, I knew there was no way I could get in there and blend. Now, Sam, on the other hand -- Sam could blend.

There were several cars parked out front, and I had watched as more than one group of kids had gone in. It was a Saturday night, and Sam would just look like another one of the guys.

As soon as Sam disconnected, I heard a "tap, tap, tap" on my window. I turned and saw Ferbie, smiling and pointing a small handgun at me.

"Looking for me?" He asked waving the gun.

I sighed and slumped back in my seat.

"Open the door, girlie. Now!" He taunted. I decided to try to make a run for it and went for the ignition, but he had anticipated that. I screamed and closed my eyes as the glass from my window exploded around me.

I felt little stabs of pain on my arms and face from the glass, and then I felt someone grab my ponytail and violently shove my face into the steering wheel twice, and then darkness.

I woke up with a splitting headache. I blinked slowly trying to clear the darkness from my eyes. My eyelids felt heavy and sticky, and my ears were ringing from the gunshot that blew out my window. I blinked until I saw light and realized that there was blood dripping into my eyes. My vision started to clear, and I began to orient myself to my surroundings. I was lying on the floor in a tiny room with my face resting on carpet that smelled like vomit and stale alcohol.

"Amateurs," I muttered to myself as I pulled myself into a sitting position. I was able to bite through the tape on my hands quickly. I wriggled my feet to loosen the tape and then was able to pull my feet out of the tape one at a time.

There were no windows in the room and only the one door with voices on the other side of it. I guessed I was in some sort of office in the back of the building. I felt along the walls and floor, looking for anything sharp or heavy. I was about to give up when I felt a doorknob.

I turned the knob, but it was locked. I was relieved to find my credit card still in my back pocket. I tried and failed with the lock twice before it relented and opened. Gotta love a cheap lock. I thought to myself.

I found myself in a dark hallway. I walked quickly but cautiously. The music grew louder, and light peeked beneath a door to my left. I assumed that the door would lead to the bar and front exit. I felt along the wall to my right and grinned when I realized what was in front of me. Still, it couldn't be that easy. Could it?

I debated what to do, before taking a deep breath and pushing down on the metal bar of the emergency exit. I opened the door very slowly, peeking around the edge as I went. It was the alley behind the strip mall. I heard voices behind me and knew they had found me missing. I ran.

I was about to turn the corner when someone reached around the corner and grabbed me by the wrist. I screamed.

"Stop screaming, Chloe! It's me!" I laughed and fell into Sam's arms.

"Yeah. Yeah. That's what all the girls say. Now, come on. Let's get out of here. I got a surprise in the car for you."

I hopped into the car and laughed when I saw the surprise.

"Hello there, Ferbie," I said, waving at him with my index finger. "Long time no see." He was in the back seat, gagged and cuffed to the door. But I was pretty sure I knew what he was grunting at me through his gag.

"I nailed him as he was trying to run away when I got here. He told me where they had you, and I was coming to get you. But I see you managed to get out on your own."

He pulled onto the freeway toward the police station.

"I guess you're going to want half of that forty grand, now, huh?"

Receive stories by Lena in your feed
Lena
Read next: 15. All That Glitters