by Steve Fendt 3 months ago in Short Story 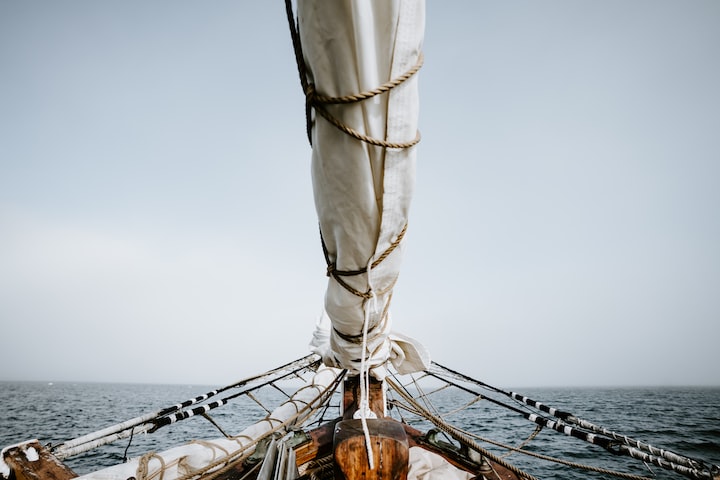 The best thing about holidaying in Port Fairy was her early morning run to the island.

Astrid was the early riser in her family, and relished this time alone. All the more so this morning, after the bitter words, then recriminatory silence of the evening before.

It was still dark in the bedroom, but a faint strip of light above the curtain announced the onset of a new day. Time to get up, while it was cool and the streets were quiet.

As she slipped into her running shorts and singlet, laid out the evening before, Tom stirred and muttered in his sleep. She closed the bedroom door softly and padded barefoot into the kitchen, where uncurtained windows let in the grey, pre-dawn light.

She let the tap run for a few seconds, then poured herself a glass. The water had that familiar, soapy Port Fairy taste of her childhood: slightly saline but drinkable, if you were thirsty enough.

Lachie's little, low-ceilinged room adjoined the kitchen, but like many teenage boys he was a heavy sleeper. Astrid laced up her running shoes.

The back door scraped noisily on the flagstones as she pushed it open. One of the many things about the little bluestone cottage which needed fixing, but somehow never got attended to. She reflected on this as she warmed up and stretched in the courtyard.

Tom said that it wasn't worth the bother: not for a bolthole they only used three or four times a year. He was all for selling the cottage, which was too shabby to host Airbnb guests, but would fetch an astronomical sum as prime real estate in the popular little seaside fishing village. A sum which would have to be shared with Astrid's two expatriate brothers, she reminded him.

The cottage had been in Astrid's family for three generations. She wasn't ready to let go of Port Fairy and its treasured childhood associations, so she resisted. Not always easy to do, with Tom; invoking her brothers helped.

Invigorated by the cool breeze, she jogged through near-empty streets. On Bank Street one of the shopkeepers was wiping the windows of his store. 'Bright and early, ey, Astrid? Good on you.'

Corella flocks were emerging from their roosts in the stately Norfolk Island pines which lined the streets. Issuing forth like oversized, slightly crazed white bats from a cave, the birds squawked and screeched. A lone magpie carolled against the din. Lawn sprinklers in the public gardens putt-putted and hissed. The bass roar of the surf, hidden behind the dunes beyond the river, was a constant sonic backdrop, more felt than heard.

Picking up the pace as her muscles warmed, Astrid headed down to the wharf.

Treading the sunbleached timbers of the boardwalk, she surveyed the tied-up boats as she passed in her elastic, effortless stride.

Little had changed since their last visit at Christmas. There were the familiar cabin cruisers and GRP yachts of locals; cute wooden couta boats with their downcurved bowsprits; a large white catamaran registered in Geelong.

Then a beautiful stranger seized her attention: a black-hulled wooden schooner with a canoe stern. A graceful, noble vessel from another era. Her lofty masts were silhouetted against the glowing horizon. Astrid estimated her length as maybe 20 metres overall, guessed her age at maybe 60–80 years. An ocean-going vessel big enough to live aboard.

She read the name on the shapely stern and gasped, coming to a sudden halt: Astrid I, Nelson.

Still, the fenders were plump and full of air, the mooring lines were new, and two small ports in the coachroof were ajar, ventilating the cabin. Astrid I had been through hard times, but now somebody cared, at least a little.

Moreover, she was too big to be road freight, so she was clearly seaworthy enough to get here from Nelson, braving Victoria's iron-bound coast and the wicked Bass Strait storms. Recently.

For that absurdly low price, there had to be a lot wrong with the boat. Not just superficial, but deep structural faults which would prove a bottomless money pit. At the best of times, wooden vessels needed a lot of love and a lot of money, she knew. This was the sort of boat that only a foolish romantic would buy.

Still, a girl can dream.

The sun was well above the horizon as she followed the causeway to the island, its early warmth foretelling a blazing hot day to come. Oystercatchers and gulls skittered busily across the sand.

Keeping an eye out for tiger snakes, Astrid followed the narrow, sandy path through the shearwater colony then down to the beach. Beyond the black rock of the reef, the surf pounded and seethed. She was pleased to find the sand pristine, hers the first human feet to leave their mark.

As she headed past the old bluestone quarry and towards the lighthouse, she reflected on the evening before, and the years that had brought them to this point. There had been many moments of joy and laughter, but by and large they were years of growing dissatisfaction and waning communication.

She so often felt outnumbered these days. Discouraged and lacking courage. On the verge of manhood, Lachie had ceased to be her sunny-natured little friend. He seemed to have become Mini-Tom in manner as in appearance: a good-looking boy who could be charming when it suited him, but was usually either taciturn or patronising. A first year of uni hadn't improved him.

Was she being selfish about the redundancy package? They had sacrificed so much over the years in pursuit of Tom's business dreams, with mixed results. Now, in her late 40s, she finally had a six-figure lump sum in her own bank account and the prospect of regular, lucrative consultancy work. Something deep inside was telling her to hold on to that independence with unaccustomed tenacity.

The next two days were busy with socialising: coffee with elderly cousins, who also had their holiday homes in Port Fairy, and barbecues with friends down from Melbourne. In quiet moments, Astrid's thoughts often returned to the schooner. Yet, for reasons that she found hard to fathom, she avoided the wharf.

Sunday afternoon was cool and overcast. Tom and Lachie packed their surf rods and headed to East Beach, on a mission to catch supper, while Astrid strolled aimlessly through town.

Finding herself back at the river, she saw that there was someone aboard the schooner, a stooped, elderly man with a deeply cleft, sun-ruined face. With a dismay which surprised her, she noted that the For Sale sign had gone. So soon?

'Have you bought this boat?' Good manners and preliminary chit-chat set aside.

The man laughed ruefully, 'No, no. I'm just having a tidy, love. Thought I should put a better sign up … Why, do you know someone who might want to buy her?'

'I'm Astrid.' She offered her hand.

I'm an incorrigible banjo player, a fair-weather sailor, a bee keeper, a serial art-and-craft dabbler, a story teller and a blogger at coriobay.blog. By day, I'm a mild-mannered educational author and linguist (PhD German).

Read next: The Alchemist & the Lady