Astral: Dragons of the Stars

by Taul M 2 months ago in Fantasy
Report Story 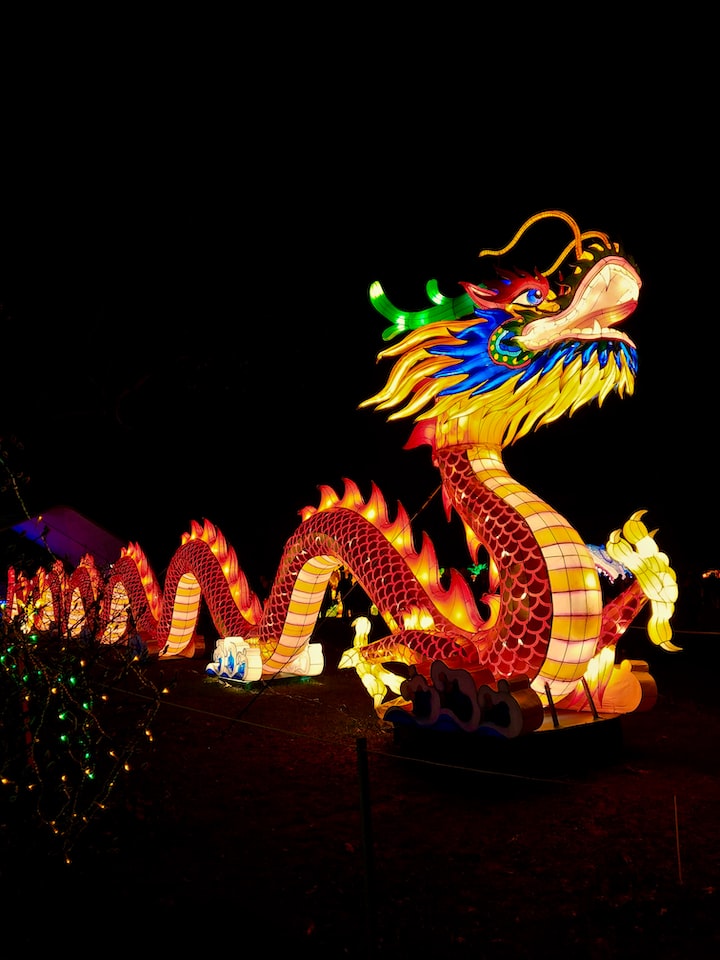 Photo by Ridwan Meah on Unsplash

There weren't always dragons in the valley, but there were - for as long as we can remember - dragons in some part of the galaxy & the universe. The dragons are a unique race that are not native to this planet - they come from a planet in a solar system far beyond the veil of our horizon. On their native homeworld, the dragons soared through the atmosphere with the wings they were blessed with as part of their person. Thanks to the specific way the air and climate of their home planet was formed, the dragons could fly for miles through the sky without a single care. This gift of flight from the universe also allowed the mighty beings to easily travel from place to place without having to worry about the obstacles we regularly come across when we have to walk or ride a beast of burden to get to our destinations.

Ever spend days on end trying to get to a place millions of yards away by wagon? Well, a dragon would probably be able to get there in a matter of minutes by riding the right wind currents and using their lovely wings to float above the clouds. Ever had a river that forced you to take a ferry to get across or hitch your vehicle to a small raft to try to cross it by yourself? Dragons hardly ever had to deal with that problem when it came to daily travel. Rivers were just another landmark to help them navigate or a place for them to pass by for a quick drink or somewhere to swoop down and eat one of the edible creatures swimming through the waters. Otherwise, the running waters were no challenge for these magnificient creatures & had no power to stop them. This ability to travel through the skies, the strength that allow them to carry things on their journies, and their great intelligence allowed the dragons to easily advance.

Soon, the dragons were able to create gliders modeled after their own wings that allowed them to fly greater distances. Even when the dragons got tired of using their wings, the gliders would carry them the rest of the way and let them travel lengths that were once seen as impossible to cross in a single flight. Then, they invented devices called 'motors' powered by a strange energy that allowed the gliders to go even farther with certain 'motorized' gliders acting as artificial wings that allowed those who damaged their wings or lost them for any reason to fly without having to exert any effort on their part. Soon, these gliders were modified to the point where they could travel in straight lines to their landing place without needing a pilot or any type of input. Afterwards, the gliders were given more power 'motors' that could take the dragons to lands beyond the sky. They could travel into the black ocean beyond the sky and interact with the stars. From that point on, the dragons were no longer beholden to their own world like we are: they were free to travel to infinite worlds and find other beings like themselves.

From there, these dragons started to colonize different planes of existence from locations hotter than we can imagine or places so cold, they make the coldest winter couldn't even compare. They setup 'eyes in the dark' that allow them to see everything happening on any of the worlds they decide to inhabit. The dragons met various different peoples on these worlds, some friendly and some very hostile; some liberating and some very controlling; those who feel connected to spirits of the universe and those who saw themselves as beyond such things. Eventually, the dragons continued their travels until they found us and begam working to make us a part of their world...

Here is my blog for writing mostly about the history of small towns and settlements that people live in smaller than cities!

More stories from Taul M and writers in Fiction and other communities.