An animal story about a cock that brags

Early in the morning, the sun shone in the forest, and the whole forest was happy. The trees are inhabited by colorful peacocks, the mischievous little monkeys are swinging happily, only the little rabbits are still sleeping on the lawn, and the river is flowing quietly downstream. 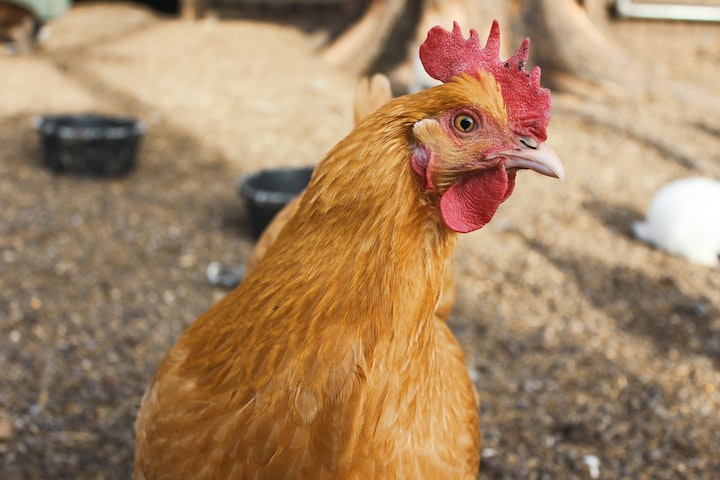 Photo by Mickaela Scarpedis-Casper on Unsplash

Early in the morning, the sun shone in the forest, and the whole forest was happy. The trees are inhabited by colorful peacocks, the mischievous little monkeys are swinging happily, only the little rabbits are still sleeping on the lawn, and the river is flowing quietly downstream.

Suddenly, there was a racket in the upper reaches of the river. Oh, today is the day when the pheasants elect their annual "leaders". The grand election began with the announcement of the leader-like chickens, and the flock was abuzz with enthusiasm.

The first to come up is a small, thin pheasant, although thin but not small voice: "I am talented, graduated from the University of the forest kingdom ......" before the end of the speech was interrupted by a sharp-beaked rooster clad in a velvet coat, topped with a bright red crown, it held its head high He came on stage with his head held high and his crown swaying with him. The pheasant flock exploded: "I've never seen this chicken before, it's so much stronger than us." "Hey! Where did this guy come from?" ...... The originally orderly selection was all disrupted by this uninvited guest.

"Silence, silence," the rooster shouted, "I came from outside the forest, and happened to meet your selection. Let me say that I will be the king. Look at you, each of you is so thin that there is no meat. I grew up on fine fodder, and have more experience than you, what kind of thrilling scenes have not seen? Besides, the king is chosen to protect you, right? After saying this, the rooster pushed up his chest, glared, and paced up and down the stage in a high-minded manner. The chickens on the stage all looked at each other and were impressed by the rooster's aura. Indeed, enemies are lurking everywhere in the forest, including the fierce tiger, the cunning fox, and the damned weasel, who will protect us if we don't find a brave king? Thinking of this, the pheasants' feathers all stood up in agreement.

Just when the pheasant association was about to make a unified decision, a chicken with a spear came running in a panic: "No, no, some weasels are coming to kill us. ......" The words were like a bolt from the blue, and the whole flock was in a mess. Some of them "puffed and puffed" and flapped their wings to fly up the trees; some of them scampered away, eager to dig a tunnel to get in; and some of them had already slipped away. Just now the brave and bold rooster but hiding under the jury table, shivering, the high crown also drooped down, and the mouth also came out of the sound of chicken teeth fighting up and down. At this point, the originally panicked pheasants but one by one, they all covered their stomachs and laughed.

What is this all about? It turns out that the pheasant association for safety reasons decided to put on a show to identify whether the rooster is bold enough to protect everyone, as the saying goes: "hearing is not believing, seeing is believing" well. The bragging rooster fled the forest in mockery and had to go back to the farmhouse to live the rest of his life!

After that scare, every morning after waking up, the rooster will be like a nightmare as "whoo-hoo", probably to brace themselves.

LuLu bear ran to the tank and found that the tank was very deep and half of the water was still in the tank.

LuLu Bear said worriedly, "Oops! This tank is very deep, there is still a lot of water, how are we going to do soccer take out ah."

The little friends are very anxious and do not know what to do.

Thinking for a long time, the brainy monkey had a bright idea and said to his friends: "We can move some small stones and throw them into the water tank so that slowly the water can rise, and the soccer will also follow the water up together, we can get the soccer.

The little friends listened to the monkey's words, together they moved a lot of small stones, and one by one they threw the small stones into the water tank.

Slowly, the water in the tank gradually rose, and the soccer also reached the edge of the tank.

Through the efforts of everyone, the little friends successfully rescued the soccer and were very happy.

The water tank is very deep, if the animals go in to collect the ball, they are likely to drown, how dangerous it is! But everyone is more sensible, especially the little monkeys who love to use their brains and are still actively thinking of ways, and then finally get the ball out.