by Luna Lee Bear 2 months ago in Adventure
Report Story

Am I in danger, or just high 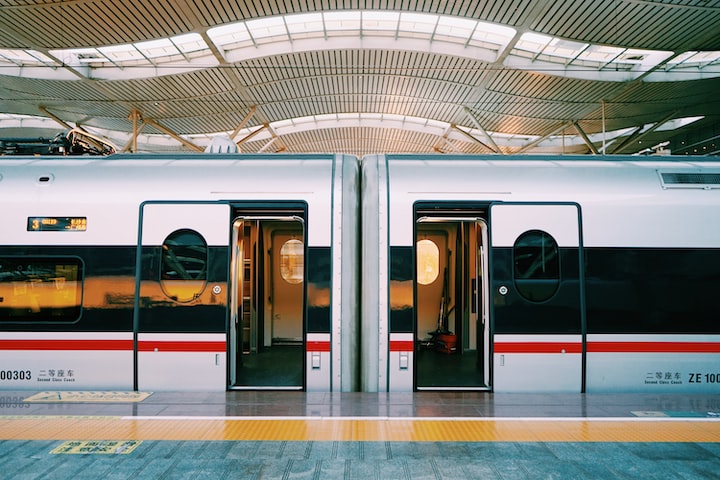 Photo by lan deng on Unsplash

There's something strange in a mind itch. You can't quite put the finger on it and every other thought seems to brush it without really being able to get to the point...to the idea that would scratch it.

The scenario outside of the window was not familiar; the neon of the graffiti on the wall was way too bright and the buildings were way too old to have graffiti on them. But that wasn't even the point. That was only increasing the itch.

A smell of almonds and slight dizziness.

Drugged. Or tired. There hadn't been much of a difference, Wolf kept him working and using at the same time.

Wolf and his numerology bullshit. The last memory he had of their conversations was about the number two, and how it meant that you were supposed to find the love of your life or something. But Wolf wouldn't have recognized the love of his life even if he found him. He would've been too fucking high.

Wolf...he felt a stabbing pain in his heart when he thought about his familiar face. A middle-aged cooker who thought of himself as the spiritual guru of the new millennium. He had a flash of his large chin covered in blood, but he couldn't place it anywhere. Did it just happen, or was it around the time they were the new dealers in town and everyone hated them?

And what was the deal with the almond smell? He thought about one of those old Poirot movies, where the detective recognized cyanide in his drink because of that smell. He would probably have been dead if he drank cyanide though. Maybe that is one of those moments that seem to last a lifetime but it's just a few seconds.

No...he was not dying. And he wasn't high either. He had been an addict for long enough to recognize a bad trip and that wasn't it. But something was happening in his body for sure because the announcements of the train had not been making sense and his brain refused to stay focused.

The train's speaker went off again: "We are now leaving the town. You will reach your destination in eight hundred and seven thousand hours".

Man, if it turned out that was a new drug they had to stop selling it. That was way too much for a Thursday evening trip. And did the recorded voice on the speaker have a slightly amused tone?

He had to pull himself together. What did the marines say? Improvise, adapt and overcome. Right. He tried to get up and he found that he felt weak and wobbly - that made him angrier that anything else.

"HEY, ROBOT VOICE!" he yelled to the speaker. "WHAT THE FUCK IS GOING ON?"

He regretted that immediately. Wolf always said that there are always many good reasons to yell while one's high, but that it's always best to avoid it unless you're too far gone to remember good advice.

A flashback of himself punching his brother in the face and telling him to run home while he was already on the train's step almost split his head open. Wolf's incredulous face and his cowardly retreat, all the spiritual attitude gone, all the junkie survival mode fully online.

But why did he choose to board that stupid thing instead?

More stories from Luna Lee Bear and writers in Fiction and other communities.