A Strange and Tiny Thing

by Luisa Gillies 2 months ago in Fantasy
Report Story 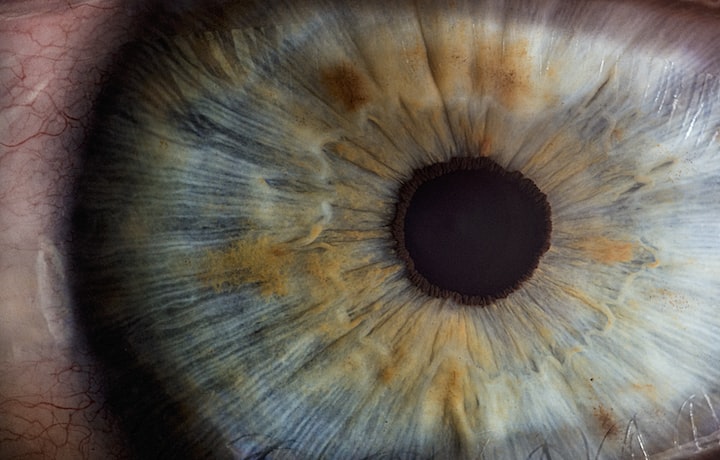 Michael sighed, thinking back to simpler times. Times when his patients had been limited to human beings—human-sized beings, at least, with the occasional elf and warlock popping into the surgery every now and again. He remembered it well—his stock had consisted entirely of normal-sized equipment, his doorways had only needed to be a couple of meters tall, and he hadn’t ever needed to use a ladder to inspect a patient.

Which was exactly what he was doing now. Mrs. Rose, an enormous specimen of a wrinkled, aging dragon, had waddled her way into the surgery complaining of an unusually large pimple on the back of her neck. No matter how much she tried, she simply could not squeeze it out.

Michael had been a doctor for over twenty years, but he had somehow never managed to grow accustomed to dealing with bodily fluids. Dragon pus wasn’t too different from human pus, but there tended to be a lot more of it. Michael repressed a gag as he pierced a straight(ish) line along the bloated curve of the enormous cyst. A substance—not unlike oatmeal—immediately started to birth its way out into the world. Some of it dribbled straight down into the plastic bowl, but most of it squirted straight towards his face. It splattered violently against his visor, then slowly slid down the plastic and eventually dripped down to join its brethren in the bowl. A drop of half-processed breakfast (oatmeal, unfortunately) crawled its way up the inside of Michael’s throat and into his mouth, and he was forced to swallow it.

“—and so I told him, Dr. Green. I just came out and said it. I said, George, George!—I may not be two-hundred anymore, but I am still a lady and I deserve to feel sexy.”

“Mmm-hmm,” mumbled Michael, wondering how much pus could possibly still remain inside this shriveled old dragon. The bowl was almost full.

“And he said—do you know what he said? He said, Hyacinth, Hyacinth, what about me? Don’t I deserve to feel attractive?”

“Did he,” agreed Michael, adjusting the position of his fingers to attack the cyst from a different angle.

“He did, Dr. Green. He did. So I said—well, I said, but George, I thought you already knew how attractive you were. I mean, when I see you in the morning, Georgie, I just get the urge to—”

Mrs. Rose whipped her head around to get a look at what Michael was doing, and the cyst slipped away from his hands, leaving a streak of white pus along the old dragon’s scaly skin. Michael squeezed his eyes shut, picturing himself frolicking amongst a sunny field of daisies.

What was that little black thing suddenly poking out from the depths of the giant cyst? Michael forced himself to squeeze harder, squinting through the streaky visor. As the pus emptied itself into his bowl, the little object became clearer.

“I think it’s moving,” Michael mumbled to himself.

“Oh, yes, yes. I was always the brave one of the family, you know.”

Most of the pus had gone now, but the lump hadn’t gone away—there was something solid inside it, propping up Mrs. Rose’s flabby skin. Michael swallowed and slowly prodded it with a single, slender, gloved finger.

Michael’s hand retreated with a jolt. The object had raised its head.

It was staring straight into Michael’s eyes.

Michael stared back at it for a moment. He cleared his throat.

“Mrs. Rose,” Michael said, swallowing. “Mrs. Rose—one of two things has happened, Mrs. Rose. I have either just extracted a parasite from under your skin—”

“—or you have just given birth to a—”

The old bat had started to spin her head round again, and the little creature found itself being dragged away from Michael. As the distance between them increased, it started to emit the most ear-piercing, high-pitched howl that Michael had ever heard in his life.

“What the fuck is going on?” snapped Mrs. Rose aggressively, losing all traces of the sweet old dragon who had walked into the surgery an hour earlier.

“Shh, shh!” said Michael, guiding her head back into place by shoving his hands against her huge neck.

As the little creature was transported back towards him, the shrieking slowly tapered out. It let out one last whimper, then blinked and crawled its way out of Mrs. Rose, across her neck, and up Michael’s chest. Michael stared at it helplessly.

“Right,” said Michael, wondering if surreal dreams were a side effect of his new anxiety medication. Why hadn’t he read the goddamn leaflet?

Brandishing the tiny, frog-like creature on his shoulder, Michael started making his way back down the ladder. As he did so, the creature started to lick his ear. Its tongue felt wet, yet rough.

When he was safely on the floor, Michael finally met Mrs. Rose’s eyes with his own. They were huge, yellow, and wrinkled, and they were squinting down at him in a sort of excitable fury. The creature yelped and scurried to the back of Michael’s neck.

Can’t blame you, thought Michael to himself, as he glanced at the flaring nostrils of this giant, ancient dragon. She clearly wanted an explanation, but Michael felt strangely calm in the knowledge that he simply could not provide one.

“Dr. Green!” Shrieked Mrs. Rose, causing the entire room to shake. “What are you going to do?”

“But what if it’s just a dirty parasite?”

“Hmm,” said Michael. “Hmm.” A pause. “Have—have you and your husband—well, have you recently—”

“Oh!" shrieked Mrs. Rose, recoiling with visible horror. "No! Of course not! I told you, Dr. Green—I told you I wouldn’t let him come near me until he made me feel—”

When Mrs. Rose had made her noisy exit, the small creature she had produced and left behind scuttled back round onto Michael’s chest. They looked at each other.

“Hmm,” Michael said to it, peeling off his gloves and removing his visor. “Shall we get rid of you, then?”

They stared at each other a little longer.