by Alex Zolke 6 months ago in Short Story 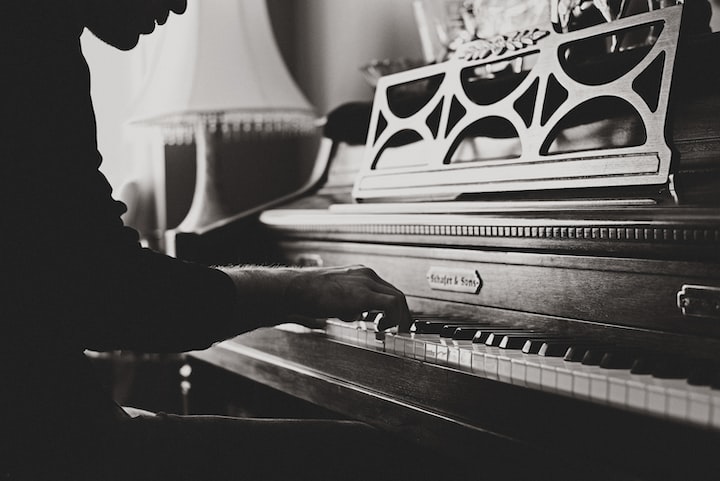 Photo by Darius Soodmand on Unsplash

In the company of my friends and their offspring, tiny paws grabbing at handfuls of clothing, all eyes and inquisitive joy, I wonder how it might have been to see a miniature version of myself toddle about and beat my brain over some wild discovery they made. Instead, only a faint ear-ringing and a houseful of infant echoes lingers as the evening draws in, and the gathering thins out—simply the wheeze of my pair of mutts, the mediocre warmth of the sputtering fire, and the orchestral murmur of the wildlife in the plains that surround the ranch.

I spend little time contemplating the unexplored territories these days. When I fancifully thought there was still an opportunity to tug a couple of loose threads, it was different; with age, I became more blunt with myself. At sixty-five, on the wrong side of a very rugged hill and an extended romantic seclusion, the wistful notion of fatherhood remains exactly that.

So, to the resigned fate. The life I led for thirty years left scant room to maintain anything meaningful by the end of it unless it was work-based. I eschewed the present for the comfort and pain of nostalgia, medicated myself into placidity and became a perfect model of work-focused distraction that any onlooker would recognize as being in denial. I’m not sure who I thought I was fooling.

“There isn’t room for me and your ghosts in this relationship,” my last lover had explained patiently a few years ago, over scant tears and a dry, farewell hug. I agreed with him; even I was in competition with them by this point. My heart and my head were crowded. It was as if my body itself became an internment ground for all the souls that I had cherished and lost during my lifetime. I was exhausted from empathy. Nothing left to give, since I had spent so long mired in grief and attempting to swim against it. It was no longer possible for me to distance myself from it all.

The call regarding my uncle came two months ago, mid-October. The last living limb of my family tree, a solid, stoic man who ran a small but thriving ranch. It stunned me to be told he had bequeathed the whole place to me. By that time, my head was already packed. I merely had to sort the rest of my life into boxes.

It took me seven days to put my affairs in order, then ship the remainder a few hundred miles east, along the same route we always took when visiting family. The final drive across the border was silent. I anticipated a hard slap of sorrow, but felt only a quiet resignation when I got here.

The house itself is about as well-kept as my life. Sitting as a decayed throne in ten acres of land, containing its very own lean strip of forest, an orchard, and a private, natural pond. Fred maintained the ranch like clockwork until the last few years of his life, when poor health forced him to sell the herd and close up. A marvellous time capsule, a world away from the choke-hold of cities and suburbanites, soothing to my eyes.

I remembered sitting wrapped in my aunt’s blanket on this same porch as a skinny kid with measles as soon as I turned the truck onto the track up to the house, remembered visiting between tours, bringing friends, bringing him. Memories that had been stuck between the back pages of my mental journal for years.

I cast my eyes across the untilled acres, squinting into the afternoon, absorbing the midwinter peace of it all. The barns sit empty now, any remaining livestock sold for a modest price as soon as I could make the right call. Beneath the crop of frost, the fields have taken on a strange, yellow-teal patchwork quality as the grass fights its way back through the baked earth and dung, allowed to grow at its own pace for the first time in half a century.

Straining my eyes harder, I can just make out the thin, filthy little snake of a stream that traces the boundary all the way along to the far end of the southernmost field, where the forest gives way to a broad, scrubby expanse of flatlands and a couple of old John Deere’s left to rot by the hedgerow.

Nestled out of sight between all of it is the pond, where my sister I used to dive, make toy rafts out of scrap wood when we visited during summer vacation. Surrounded by woodland, where I’d hide away from my life when I needed it.

Visiting the pond would be agonising, but the starkness of these plains tonight is worse.

My eldest dog regards me with weary eyes and a tail-wag, passing the torch of enthusiasm to his younger companion who’s already padded to my side by the screen door. I pry it open with my boot and let Sid through ahead of me, catching the top of my hat on the frame as I pass, allowing him to set the pace.

Every part of me aches like an ancient man. Half an hour passes before we eventually stumble on the smattering of rocks by the water’s approach, chasing a sunset that splits the horizon like a molten eye. Sid somehow senses where we’re headed and reaches it first, even though his hips are far worse than mine.

I come to rest at the flattest stone by the waterside, beside the gangling limb of a fir, the one we chose to delicately carve ourselves into. I trace your name with my fingertips where a decade of growth has softened the letters edges, the dusky chatter of the juncos assuaging my sentimentality. Appreciating the coolness of the location, the pacifying acoustics of the earth, the heady scent of the deciduous trees as their leaves succumb to the winter.

This could have been our place.

Your passing angered me intensely. I was embittered, cheated by your death, selfish in my grief. Softened by wisdom now, I understand better. The sickness bored so deep within you it became you, an invasive parasite that robbed you of yourself. Even in health, you could not escape the lingering effects of it.

Sid’s yelp shakes off my dream state, plants my feet back on the ground. I blink into the twilight, spotting him down by the frozen water. He’s barking at the sky, at the bird hovering over the pond, less than twenty feet above.

The sentence dies in my mouth. Not just any bird, but a juvenile peregrine falcon. He circles us, curiously low. I’m mesmerized, watching until my eyes blur and the focus deteriorates. The smudge of the bird soars lower, further, perches himself on a rock directly opposite, at the far side of the pond.

Sid is by the water, whining, breath a heavy mist in the evening air. He’s not done showing me something yet.

I stand, leaning on a branch, hesitant in my stride as I approach the shore. The trees seem to heave, a trick of the light manifesting human forms.

The falcon is calling, a distant song over the water. Once, twice. I watch his wings expand, contract to its body. He cries a third time, and Sid bolts, turning and heading back, his speed belying his age as he scatters stones and dirt.

Another call; a summoning.

Three steps, a baritone creak from beneath my feet, the weight of my body precarious. Veins of ice seem to seethe and throb with each step, sending miniscule vibrations through the porous bones of my legs, a whisper of a threat.

Old fool, I think. It could collapse in a heartbeat, and I haven’t swum in fifteen years.

You don’t have to, comes the thought in a voice I have not heard in twenty.

The frigid water rumbles with familiar laughter that teases the surface below me brightly as a thrown pebble, branches chiming against one another in the audience of pines, their song lulling with the December breeze. The chorus grows deafening as I inch further across, then the unmistakable flutter of feathers silences it all.

Face to beak with the watcher. Even in the failing light, the golden-brown plumage is striking, his countenance intelligent and calm as he sits atop a granite outcrop. I am bewitched by how closely the falcon has allowed me to approach. He blinks liquid ink, an expectant stare that is almost amusing.

“Go mock another drowning idiot, why don't you.”

Oh. This is it. I have finally succumbed to senility; conversing with a bird in the middle of a pond. I scoff to myself, and slowly turn to face the way I came.

Nothing. I can see nothing more than pareidolia in shadow, the distant smear of the Milky Way above me, the falcon on his temporary perch. Strangely, the realization gives me no anxiety. I cannot even feel the cold.

I could stay here all night.

No sooner has the thought passed through my head than a rustle of a murmur seems to emanate from the trees.

Imagination, surely. My only company is beholden of talons. He takes flight abruptly, brushing the top of my head in ascent, returning to the far shore. I now understand that he wishes me to follow. That odd chorus rises again, string and stone, reverberating with each step. The impromptu icy adventure must have ironically benefited me somewhat; my back’s the best it’s felt in years, my hips no longer painful. My posture is straight, painless.

I arrive on the opposite side alone. I search visually for my newfound companion, but see no feathers, hear nothing of his piercing, predatory cry.

Why don’t you talk to me instead?

The pond grows luminous, radiating to the edges. Antediluvian bronze, cobalt blue, the orchard reflected silver-grey, coiling out over the glacial veneer to form a singular eye in relief. Remaining songbirds take flight, scattering moss and feathers, and a fading reflex causes me to gasp, to hold my breath; I realize I cannot. Across the pond, near to where I encountered the falcon, a fault line ripped in the ice wide as a chasm, the water beneath it in turmoil.

“I’m not,” I reply to you aloud, tasting a memory of tears. “I simply don’t understand why this has taken so long.”

You arrive when you're meant to, not when you want to.

Your spirit was unchanged, even in flight. In sickness and health, life and death, that same body of sunlight in my darkness.

Bombardment of the senses, and silhouettes gather at the shoreline, the lagoon abundant with laughter, with joys and loves imagined dust. If I had known that it was so simple...

Aren’t you even going to look at me?

More stories from Alex Zolke and writers in Fiction and other communities.