A Matter of Perspective

by Jason J. Marchi 2 months ago in Humor

It's all how you look at life 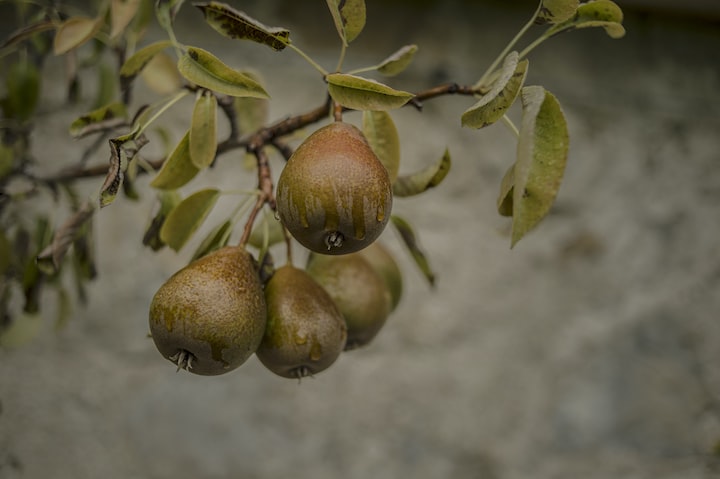 Photo by Egor Myznik on Unsplash

Norman Mancini was a fan of Jimmy Carter not because of the former President's politics but because Carter built furniture. Like Carter, furniture building was Norman's beloved avocation.

“You could make a living building custom furniture,” Norman was often told, most recently by his close friend and neighbor, Frank Forlini.

“If I made furniture for a living, then I'd hate it. I do woodworking to relax.”

In 1936, when Norman was thirteen and growing up in New York, he'd peer through the plate glass windows of the machine tool shops on Lafayette Street in Manhattan and dream of having a woodshop of his own one day.

Twice a week, he'd pass those shops on his long walk from his home at 51 Willoughby Avenue in Brooklyn to Pincus & Marcus on the west end of 34th Street near Seventh Avenue in Manhattan. There, he'd pick up home dress-making work for his mother, Rosa, who hand-stitched dress ornamentals and cloth buttons for side money during the Great Depression while sitting under the lovely shade of the pear tree in the small backyard.

Inside those stores—beyond the cold plate glass windows where young Norman's hands and face had pressed a hundred times—he'd look in awe at the gray-steel Logan shapers, Bullard milling machines, South Bend lathes, Walker-Turner drill presses, Duval band saws, Delta/Rockwell tabletop saws, the upright belt sanders and imagine having one of each in his home woodshop.

When Norman grew older, established himself as an engineer at the telephone company, and was ready to start a family, his long-dreamed-of woodworking shop became a reality. He then spent the next three decades building furniture for his wife and two sons.

And now, at 61 and fully retired, Norman was admiring his newest creation—a Shaker trestle table desk he'd built as a college graduation present for his youngest son, the young fiction writer.

Frank Forlini came over to help carry the table to the living room from the basement workshop.

“It looks just as good underneath.”

“Take a look,” said Norm and knelt to look.

Frank joined him under the table.

“Look at how the top slides down over the trestle leg assembly and is held in place.” Norm pointed.

“Wooden pegs!” Frank exclaimed. “And no screws are holding the top together.”

“The screws are hidden under wood plugs.”

After dinner that evening, when his wife’s bridge ladies came over at 7:30, Norm showed off the trestle desk once again.

“Oh, Marilyn,” state friend Mildred, “What a lovely gift for your son! I wish I had a handy husband.”

When Norm told the ladies that the underside of the trestle desk was just as beautiful as the top, each craned over to look. Not satisfied that the women had indeed seen the details of the desk’s underside, Norm went upstairs to the spare bedroom and returned promptly, carrying a full-length dress mirror, and laid it flat on its back on the floor under the desk. He then placed a small lamp on the floor beside the mirror to illuminate the desk’s underside.

“That's much better,” the bridge ladies agreed, peering down at the mirror and seeing the entire bottom side of the desk.

“Do you mind if I bring my husband over to see?” asked Mildred. “And mine too,” said Edna.

The trio of husbands was duly impressed with the desk itself, but to Norm’s revelation, his odd-looking arrangement of mirror and lamp drew just as much commentary. Two gentlemen remarked that the mirror was an interesting idea, while the third told Norm that the reflected image did not permit him to see the finer details close up.

The four men each grabbed a corner of the desk and flipped it upside down, resting it on an area rug so as not to scratch the top.

The couples looked down—not unlike parents looking down at a newborn in a crib—and they admired the details of the joints, and the pegs, and how the cherry wood had been cut and the desk assembled.

“Now it's a conversation piece. Like a modern sculpture,” said the third.

After a few hours of cake and coffee and conversation in the kitchen, all agreed it was time to call it a night. When the men offered to turn the desk back over as they filed into the front hall, Norm said, “No, leave it. I can take care of it tomorrow.”

The husbands shrugged, and the wives smiled. After Norm closed the front door behind them, Marilyn said, “Why didn't you let them help?”

“I want to enjoy it like this for a while.”

Marilyn shook her head and went to bed.

For the next week, Norm admired the underside of his Shaker trestle desk each time he passed it. At night, when he finally got around to reading the morning newspaper, he'd look up from the end of each article and admire the underside of the desk once again.

On Thursday of the following week, Marilyn asked, “Are you planning on righting that desk? The ladies are coming for bridge Saturday night.”

“We play every Saturday night.”

“Edna is having painting done, and Mildred's house doesn't have air-conditioning. So, I volunteered our house.”

“I just realized, looking at the bottom of the desk for the twentieth time, something's missing.”

When the bridge ladies arrived two days later, Norm requested they all stand before the overturned chair and admire the craftsmanship. “Lovely,” they all agreed.

While the ladies played bridge at the dining room table, Norm banged around the living room for an hour before emerging beside the game.

“What have you been doing?” asked Marilyn, not looking up from her hand.

“Getting a different perspective on life,” Norm answered.

When the card game was complete, Norm asked the group to proceed into the living room. They stood mouths agape.

Every stick of furniture sat upside down, resting on the floor in the exact location where each piece had previously stood right-side-up. To match, every item hanging on the walls was now hung upside down.

The bridge ladies could not wait to bring their husbands over to see the upside-down living room. Norm had anticipated this. “I’ll do them one better,” he said to himself.

By the time the husbands arrived, all the furniture in the living room and dining room now faced the world with the bottom side up.

Everyone that night admitted, without a doubt, that they had never seen such a sight. The design and craftsmanship of the underside of all the furniture was as wondrous a sight to behold as the topside.

Within a week, the entire neighborhood had passed through the front door to see for themselves the strange sight inside the Mancini home.

Surprisingly, Marilyn was not aggravated over what she described to everyone as Norm's deviation from the norm, for which she insisted no pun was intended. In fact, she discovered that she relished her newfound popularity in town as word spread.

Still, despite the excitement at the Mancini house as a sightseer's oddity, Norm was not fully satisfied with the current arrangement of the furniture.

The next logical step was to turn all the furniture on the second floor over, in addition to all the kitchen appliances, bathroom fixtures, and wall hangings. This necessitated, of course, that the Mancini’s move out of their little house and into an apartment. Marilyn was enterprising enough to charge admission to all who came to see the “Upside-Down Furniture House” as it became known. And the people did come, forty to fifty each week, most of them on the weekends.

Still, Norm was not satisfied.

He felt, inside, the gnawing hunger of an unfulfilled artist who had not yet created his single most excellent work.

So, he pondered. He slept on it. He walked the neighborhood near their apartment early each morning and late each night, and as he walked, he looked at all the homes and yards as he passed them and then slept on it again.

Then one morning, about a week later, Norm awoke with a vague idea that came from a dream. By the time his eyes were opened, and his feet had touched the floor, the idea was fully visualized.

Norm dashed to their museum home, and for the rest of that day and all that night, he worked his basement woodshop: sawing, drilling, and hammering. The power tools—the milling machine, the belt sander, the tabletop saw, the drill press, the bandsaw, the lathe—all sang through the night like a discordant symphony. Come early morning, the sounds of continued construction lured children to the cellar hatchway and induced dogs to bark the following night. For one, two, three, four days and nights, the uproar droned on.

Finally, a week later, to everyone's astonishment, sitting on the former foundation of the Mancini family's small bungalow home, there now stood an exact duplicate of the original house.

But this one was upside down!

“An upside-down house to hold my upside-down furniture,” Norm announced proudly from the front lawn to a crowd of reporters, TV cameras, and general admirers.

And although the members of the local zoning board took offense, the tourism department listed the Upside-Down House as a “must-see” destination.

Today, Marilyn still plays bridge every Saturday evening with her lady friends. And Norm can still be heard running his power tools in his basement workshop—dreaming, perhaps, of his next great masterpiece of woodworking art.

Jason is a newspaper reporter and fiction writer. His books include: Ode on a Martian Urn, The Legend of Hobbomock-The Sleeping Giant, The Growing Sweater, and Venus Remembered. Jason lives in his childhood home, in Guilford, Connecticut.