A Lesson in the Woods

by Mel Paczka 10 months ago in Short Story
Report Story

A witch needs to trust herslef 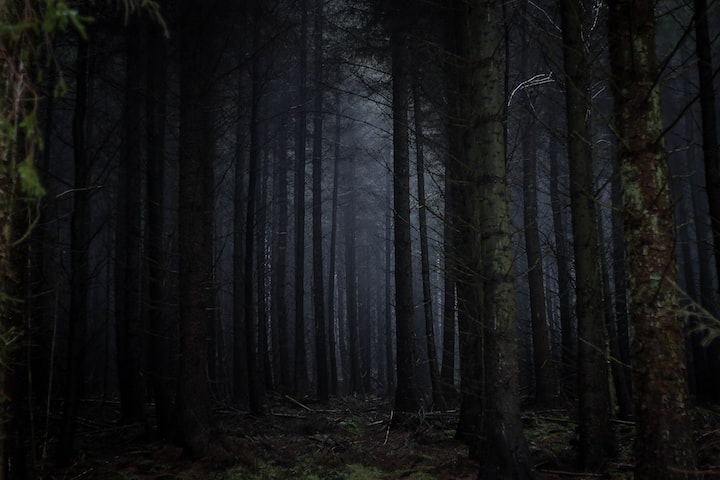 Photo by Rosie Fraser on Unsplash

As she walked through the forest looking for the perfect piece, Amelia could hear the steps of the others going further away. They were supposed to feel something… a kind of impulse that would lead them towards their purpose in life.

She had never had the feelings adults had said. She never understood why she was supposed to go out with the rest and find specific branches or mushrooms to mix and burn while all she wanted to do was to be seated next to the garden´s window and read one of those leather-bound books. She was just as good remembering the dates, names and events of what she read as the rest was for climbing trees or finding special plants and flowers.

Truth was she never asked to be a witch, and felt she would be happier as a regular girl. Whenever she stepped out of the school to find things in the forest she tripped over branches, or got her shoes full of mud. Regular children were able to just sit down at the desks and read through all morning, while they, the withces, went sent out in storms trying to find things as a branch hit by lighting. They were supposed to know things. It was tiresome.

One of the others came to walk by her pretending he was after some kind of clue, looking intensely at the mushrooms that grew up from a dead tree bark.

-So … have you had the feeling? -he asked as he walked by. She knew Lionel´s reputation well, he was always trying to peek under skirts or kiss the girls.

-Not really-she muttered disappointed on herself. Everyone else was happily following their way towards whatever they were supposed to find. If she was a regular kid, she would not have to just know, they were allowed to be just kids.

-I think I will find a good tree, with powerful branches that make a great staff-he said proudly. -I have a feeling about it. Really strong feeling. -He walked closer to her as she roamed around looking at her feet. -You know, I think you are the prettiest girl of the class.

She stopped walking to look up to his eyes. His cheeks as white as ever, and the eyes revealing that silent smirk. It was obvious enough for her what he was about to say, other girl´s in the class talked about how boys used to do that.

-Thank you-she said quietly but not heartedly. If only she could go back inside…

-I mean it, Amelia. I think your hair has a very bewitching effect in the sunset-he stretched his hand to take a lock in his fingers. Just in time she took a step backwards looking at the way back. -Come on, I´m just being honest with you. Everyone else does these things in the woods when they let us out, you know?

She was well aware of what everyone else did in the woods. She overheard them now and then. She took a few steps back with her heart racing. She was so uncomfortable that she had the words stuck at her throat. He kept walking as a poisonous snake cornering her up against an old dead tree.

-Don´t… -she managed to say turning her face from his kiss.

-Don´t be like that Amelia, is not anything bad-he said trying to pull the dress up.

-I said stop-she muttered shaking in a mix of fear and anger. Her body seemed slow to respond in any way she wanted. -Lionel-she warned off one last time.

There was a loud cracking noise and the muffed scream of Lionel. The tree behind her had bent over hitting Lionel in the head leaving him unconscious on the ground.

Amelia took a couple of steps back knowing that she was the one that had done it. She knew it. She looked in silent horror and relief the unconscious boy, and just then something inside the tree caught her attention.

In the bark, now split in half, there was a human skull surrounded by feathers. She immediately thought how lucky it was to find a fit inkwell for a witch.

If you want to read more flash fiction of witches let me know, I´ll be happy to oblige,

More stories from Mel Paczka and writers in Fiction and other communities.