When the day turns out bad, it can only get better. 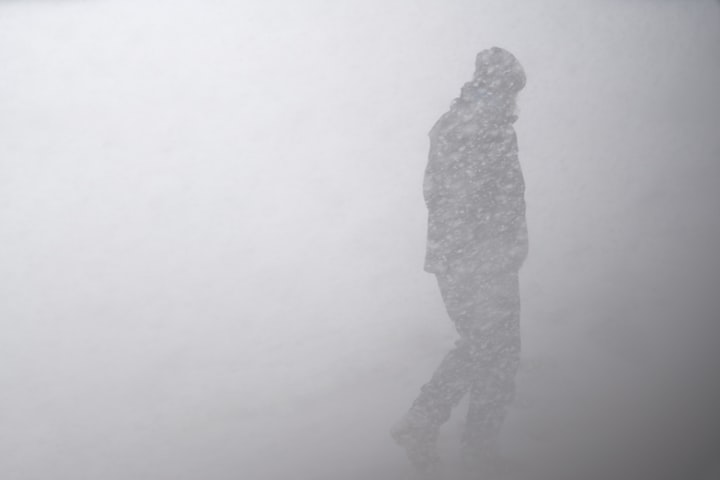 It was well after midnight; it was snowing, and my flight was the last to arrive. By the time my luggage came to me, delivered on a clunking conveyor belt, there were only five passengers left in this wannabe airport. To add insult to injury, I had to schlep my bag with the freshly damaged wheel through the snow from the terminal to the rental car center on the opposite side of the parking lot because the shuttle service had stopped for the night. At real airports, shuttles ran until the last flight arrived, but not here in Hicksville.

Pushing my case in front of me like a makeshift snow plow, I eventually made it to the rental center, pushed through the un-shoveled snow drift that partially covered the door, and stumbled in. The two employees behind the counter looked away from the TV they were watching, gave me an absent-minded head nod, and returned their attention to the screen.

I was cold, wet, tired, and in need of a toilet, so I slogged across the reception area, feet squishing in my sodden shoes, to the men’s room. Once in a stall, I changed into dry clothes and shoes and headed back to the counter.

The attendants were nowhere to be found; the TV was off, and the lights had been dimmed. I walked behind the counter and through a doorway that led to a makeshift office/breakroom that was also deserted. “So, what else can go wrong?” I said to the empty building and received an answer to my question two minutes after I asked it. Returning to the abandoned counter, I started rifling through various draws looking for keys, an emergency contact number, anything that could get me in contact with someone to help me get a car. I thought I could see something metal towards the back of a floor level cubbyhole, so I reached in to retrieve it. There was a loud snap, followed by an equally loud cry of pain emanating from my mouth. I withdrew my hand along with a mouse trap attached to two of my fingers.

Okay, enough is enough, and this day needed to be over now. After freeing my damaged fingers from the trap, I walked back to the breakroom, where I bought a couple of snacks from the vending machines. With my makeshift supper gone, I tiredly shuffled back to a well-worn couch in the waiting area. It didn’t take me long to fall into a deep sleep. A couple of hours later, I was gently nudged to a semi-conscious state by a lady who looked to be in her early twenties. She must have just come in from outside where the blizzard was still raging because there was a faint white glow surrounding her. Still half asleep, I thought the effect was caused by the snow on her coat refracting the light from the building’s inadequate nightlights.

“Sorry to disturb you, sir, but I think you would be more comfortable on a cot we have set up in the storage room. The room is much more secure as well, so you won’t need to worry about anyone walking off with your belongings.”

I happily took her suggestion and followed her to the cot. She moved quietly, as though her feet never touched the ground. When we reached the storeroom, I asked her how she got to the building with the storm raging outside. She offered the hint of a smile and said, “It appears I never leave this building,” then turned to leave.

“What’s your name?” I called out before she disappeared from sight.

“Jennifer,” she replied, and was gone.

I was startled awake by a loud tearing sound followed by an earsplitting crash. A gust of cold air intruded into my little hideaway, so I went out to investigate what had happened. Snow was falling through a large hole where the roof had been only three hours earlier. Roof joists and planking lay on top of a crushed couch, the same one I had been sleeping on earlier.

Fire crews and police arrived a short time later. I relayed my tale of woe to them and told them they should search for the young lady who saved my life. When I gave them her name, one firefighter commented, “Don’t worry, she’s fine.” I looked confused and so he explained.

“When the building first opened, one of the rental car clerks was killed in a freak accident. Ever since then, people have reported an attractive young girl offering them help. Her name is Jennifer.”

I had never believed in ghosts, but that’s the thing about beliefs. They are always subject to change.