by Ed Brekke 2 months ago in Short Story
Report Story

This fur coat, the man bought back a long time 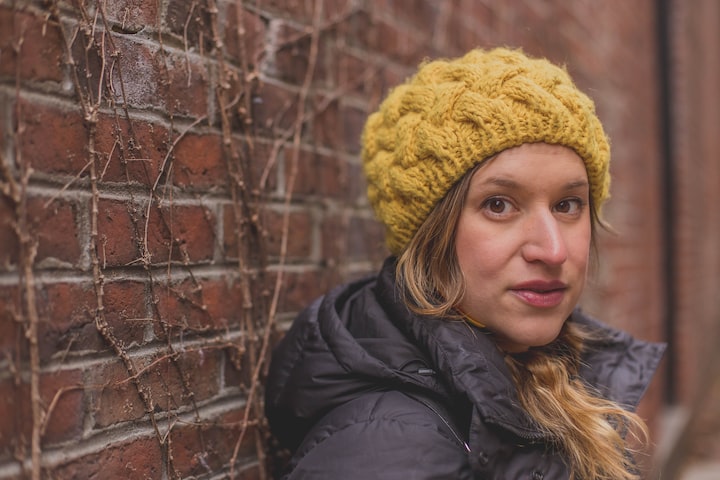 Photo by Dayne Topkin on Unsplash

This fur coat, the man bought back a long time. He secretly hid the coat in the corner of the closet, he was waiting for his woman's birthday.

One day last winter, the two of them went to a shopping mall, and the woman's eyes lit up. She stared at the fur coat with delight in her eyes. She circled the plastic mannequin, and when she read the price tag, she quietly spat out her tongue and said to the man, "Let's go!" She thrust her arm into the man's arm, but it seemed she was the one tugging him away.

The fur coat, priced at three months of their living expenses, the woman didn't even have the courage to look at it more than once, yet the man remembered her gaze.

In the future, every time you pass that mall, the man will go in and look. He saw from winter to spring, from spring to summer. One day in the middle of summer, the price on that label was suddenly 50% off.

They had bought a lot of clothes that were sold out of season before, and the man had a lot of experience with this.

The coat was bought back and the man was not in a hurry to tell the woman. The woman's birthday was a day in early winter. The man thought, when he took the coat out of the corner of the closet, quietly handed it to the woman, then, his woman, what a kind of excitement and happiness ah!

The coat silver gray, warm and bright, very matches his woman.
The woman's birthday is getting closer and closer, and the man is hiding his coat tighter and tighter. The weather is getting colder, and the man began to imagine the woman wearing the fur coat when a beautiful and elegant look.

On the day of the woman's birthday, the man went to the street to buy a gorgeous rose, he will give the rose together with the coat to his woman. In the three years of marriage, this was the most expensive gift he had ever given to a woman.

That afternoon, a fire inexplicably broke out in their home. When the man received the call, he rushed home like a madman, but all he saw were twisted flames and a shivering wife.

A fire that left him, and his woman, with nothing to lose again.

Of course, including the beautiful birthday gift - the fur coat, which the man would have given the woman's birthday gift, the woman had not even seen it, then turned into ashes.

All they had left was perhaps the rose in the man's hand.

Six months later, in warm dusk, in the rented house, the man said to the woman: "You know what? I had bought a beautiful fur coat for you, but you never even wore it once ...... you never even saw it ......"

The woman said, "I've seen that coat! It's in the corner of the closet, a silvery gray coat with a light blue fur collar, a cinched waist, and a black belt ......"

"Of course." The woman smiled, "I even wore it out! I wore it the days you were away on business, the hemline was knee-length, it was flowing and beautiful ......"
The man smiled, the woman's words gave him a little relief. That fur coat, he finally did not buy in vain, after all, the woman has seen it, touch it, worn it; after all, that coat, will his woman, in some days, dressed up beautiful and elegant, flowing and moving ......

But in fact, how can a woman see that fur coat hidden by a man at home? Just, she took a look at it in the mall and firmly remembered it.

The woman said that, is afraid of her man sad.

My personality is relatively warm, cheerful, and easy to get along with, but I am serious and rigorous in the work, without a trace of sloppiness.

More stories from Ed Brekke and writers in Fiction and other communities.