A Daughter's Dread and a Father's Lament

by Michael Mayr 9 months ago in Horror
Report Story 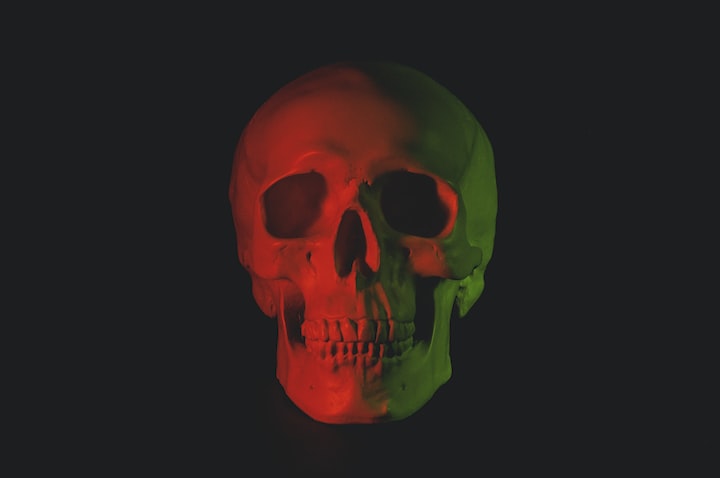 Photo by Lina White on Unsplash

I am sure you are quite surprised to receive this letter from me. However, I assure you, you are not as surprised as I am! For I did not escape your treachery my dearest daughter. Your betrayal was quite thorough, and I, along with your beloved mother, elder brother, and dear little sister, were slain by your foul minions. But unlike our family, my child, I was denied oblivion’s sweet embrace. You see, while I felt compelled to enter the light, I could not. My anger, my pain, my...rage? It would not let me leave. Your treachery Adelia...it has kept me here. In this world of hate, pain and sorrow. Why is that I wonder?

But tell me, why did you betray us, my child? Did you really hate us so very much? I tried my best to understand you. I indulged you and excused your behavior whenever I could. I even financed your research into the esoteric. And in return I asked nothing from you. Yet, you murdered us. We who loved you.

I am coming for you, Adelia. We will enter oblivion together. For you see, try as I might, I cannot forgive you. Nor can I rest. Not until we are a family again.

Imagine my disappointment and heartbreak to discover that you murdered us as a sacrifice to your damned coven. Was this an initiation? Maybe just some way to gain power from the parasites you consider gods? I am now a walking dead man. Nothing more than a rage-filled corpse! That is what you have reduced me to my child. Yet despite all of this. I believe that you are a far greater monster than I have become!

But I digress, I have written this letter to let you know that I am granting you a stay of execution. Because before I come for you I will slay every member of your despicable coven and its fellows. All. Of. Them.

I have already started. Those murderers that took your mother and siblings from me. Those cowards that put the knife in my back. I have already seen to them. In fact, the only joy I have felt since rising from my grave was their terror. Oh how they screamed, my daughter! How they screamed. I smile with glee as I recall the woman’s skull crushing in my hands. It sounded just like an egg when it cracked. And the man? He wept in fear and begged before I tore his head from his shoulders. I wonder? Will it be the same with you?

Make the most of this time I have granted you,

Please forgive me. I know I have not written to you in many years. However, it has been quite a chore to track down your fellow cultists! I would like to tell you that I didn't relish their fear, or their deaths, but that would be a lie. But for all my failures as a father, I have never lied to you dearest Adelia. But there are only a few of them left, and everything they - and you - have done to stop me has failed. Soon they will be dead and I will then be free to come for you my beloved child. Then we will join your mother and siblings in death’s black embrace.

I will be with you soon.

Our time is finally nigh! The last of your vile coven is no more. And now there is only one person left who is responsible for the destruction of our family - you. But as I pen these words I realize that this may not be true. That I also bear some responsibility as well. Did I somehow fail you, my child? Why did I not see you turning to this vile cabal?

I once told you that I was nothing but a walking dead man. That much is true. I thought that I was filled with naught but sorrow and rage. But that part is not true. You see I still love you Adelia. I both love and hate you for what you have done to our family. And when we meet, please remember, I merely wish for us all to be together again.

Conclude your earthly affairs my daughter. I am coming for you,

Inspector Darius Carmichael reread the last letter for the third time. He considered throwing all four of them into the fire. But for whatever reason, he found he could not. So, instead he folded them and placed them in his coat pocket. These must be kept secret, the scandal would be too great. I have to keep these hidden. He mused. He then rose from the chair at Miss Tillinghast’s desk.

The Tillinghast family was old and still had roots back in England. They were also old money, and well connected. He had to thread carefully here. Twenty years before most of the family except the elder daughter, Adelia Tillinghast, had been murdered in this very house. A crime unsolved to this day. In fact, the father, Enoch Tillinghast, had indeed been stabbed in the back. But his wife, son and youngest daughter had been butchered in the most horrific fashion. Leaving Adelia the sole surviving member of the American branch of the Tillinghast line.

Carmichael took another look around the room - it was a small library with many books on “unusual subjects” most of them written in foreign languages that Carmichael could not identify. Besides the books and their respective shelves, there was a table, a desk and two chairs. Heat and light were provided by the small fireplace, as the small window - which was smashed open from the outside - was shaded by an old tree. The only other things of interest were - of course - the now dead Miss Adelia Tillinghast, the unique and apparently ancient crystal-bladed dagger clutched in her right hand, and a pile of rotted clothing and human bones, including a grinning skull, on the floor directly before Miss Tillinghast’s corpse.

The door - which according to the servants - was locked from the inside and had to be battered down to reach Adelia this morning when she did not answer their calls and knocks. The servants had discovered their mistress in her present state. Carmichael stepped forward to examine the deceased again. Her throat was crushed, the neck obviously broken, as was her right wrist. Carmichael could actually see the bruising and finger-shaped welts on the victim’s neck. By God, the brute who did this must have had a grip of iron Carmichael said to himself. And as he stood back up Carmichael thought of the four letters in his coat pocket once again. Then he shivered involuntarily as he noticed the look of soul shattering terror on Adelia Tillinghast’s grey, dead face. And then regarded the yellowed, grinning skull, of which he assumed belonged to her murdered father. “I wonder.” He whispered aloud. “Is the family finally together again?”

More stories from Michael Mayr and writers in Fiction and other communities.