by J. R. Lowe about a year ago in Short Story · updated 10 months ago
Report Story

Maggie's two-year struggle to escape an abusive relationship came to an abrupt end when she discovered something that truly broke her... 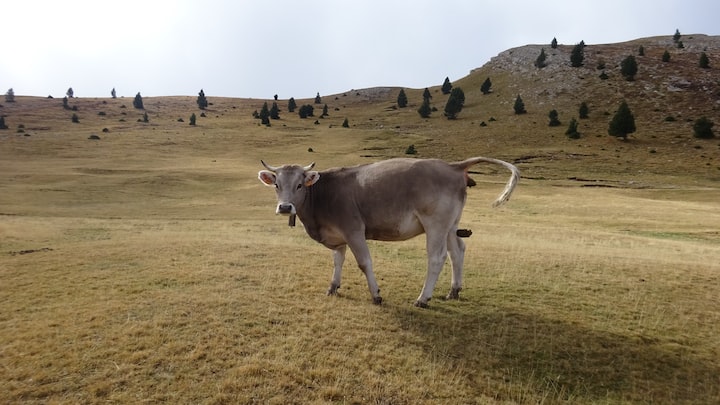 Photo by adrian millon on Unsplash

Abuse can be so incredibly difficult to recognise at times. Especially when it’s so close and personal that it’s impossible to step back and see the big picture for what it really is. Maggie knew her boyfriend was a sadistic, controlling sociopath, but a part of her had always been in denial about it. So she let his passive aggressive comments burn into her skin, day after day, as pieces of her were chipped and chiselled away.

Now, two years into the relationship, Charlie had proposed. She didn’t have the strength to say no, to escape his imprisonment, and Charlie knew it. He had bought her the most expensive ring he could find, using up the majority of his savings, so that he could use it as leverage.

“I put all of my money into this, Maggie. That’s just how much you mean to me,” he had said to her. Some may have seen it as romantic, but Maggie knew it was just another ploy to guilt her into saying yes. How could she say no to someone who had spent their life’s savings on an engagement ring for her?

But the moments of kindness were always short lasted, and he’d slip back into his jealous and controlling disposition immediately after. He controlled everything in her life, what she wore, where she went, who she spoke to. It was always under the pretence that he was worried about her, or that he just couldn’t trust her to ‘say no’ should another man approach her on the street.

“You know it upsets me when you go out without me, right? Why are you so selfish?”

“That’s a bit revealing, isn’t it? Why are you trying to get so much attention like that? Go and get changed.”

She'd grown numb to it. Charlie had never physically hurt her, which is partly why she always questioned whether she was imagining the entire thing. In fact, she often caught herself wondering whether it was her who was actually the problem. Maggie stared out of the car window at the blur of green meadows which were dotted with isolated Elm trees. Her attention was suddenly drawn towards a faint hum in the background, and after a moment she realised it was Charlie talking in the driver’s seat beside her.

“…and I really don’t know why they kept the ranch, you know? My parents were always so invigorated by the countryside. Personally, I think it’s disgusting. I couldn’t wait to get out of there.”

He crinkled his nose and made a disgusted face.

“Oh and the smell of manure from the cattle – revolting. They’re such pathetic animals really. They’d run in front of your car without a second thought. And of course, my parents decided to go and get one-hundred and fifty-eight of the stupid things. God knows why... Anyway, I'm sure they'll be excited to hear about the engagement when we get there.”

Charlie always insisted on driving. Maggie's driving was apparently 'too scary' for him, so he always had to do it, even when it was in her car like today. It was hard to believe that he came from the countryside, he looked more like a pretentious private school boy with his khaki pants, blue polo and neatly parted blonde hair.

“Are you even listening to me, Maggie?” he asked, annoyed.

“Well why aren’t you saying anything? You’re so rude sometimes.”

Maggie sighed and turned back to the car window as she held back her frustrated tears. The rest of the car ride was spent in silence.

Lunch with Charlie’s parents was a torturous two hours. Of course, they were over the moon that their prized child had managed to find such an ‘amazing, beautiful and well-composed young woman’. But they were completely oblivious to the fact that their son was a controlling maniac.

“Well thank God that’s over,” Charlie muttered as they left the house.

“Hey, can you get a photo of me standing in front of the cows? I want one for the ‘gram,” he asked, although Maggie knew it was a command, not a question.

He never asked for photos with Maggie, instead she was always the photographer, and today was no different.

Charlie passed her his phone and walked briskly towards the fence. He turned around and posed for the camera, and then suddenly patted down his pockets.

“Ah shoot. I forgot my sunglasses,” he sighed.

“Hold on, let me go grab them,” he said as he walked back towards the house.

As he walked back through the front door, Charlie's phone buzzed in Maggie’s hand. Out of habit, she looked down at the phone notification and her heart sunk. There was a message from someone called Hannah.

Hey cutie, we still on for tonight?

Maggie immediately unlocked the phone and started scrolling through an endless stream of flirtatious messages, and pictures. Her cheeks flushed red, and tears began to fall from her face. Charlie had been taking advantage of her, abusing her and accusing her of being ‘untrustworthy’ for years.

He’d broken her down and made her feel like such an incompetent and unlovable person. He’d taken everything from her, and now, he was doing exactly what he had accused her of doing for the entire relationship. The hypocrisy was sickening. The green pastures spun around her, and Maggie’s breathing increased drastically as rage consumed her. Charlie McBride had been taking things from Maggie ever since the day she had met him, but this time, he’d well and truly broken something. This was the last straw. One final tear escaped from her eye as she drew in a shaky breath, and then the world suddenly fell silent. She knew what she had to do.

Without a second thought, she twisted the engagement ring off her finger, plucked some fresh blades of grass from the ground, and wrapped them around the base of the ring. Maggie leant forward, poking her arm through the fence and waving it to get the attention of the cows. After a moment, one of them slowly waddled over to investigate. After sniffing her palm gently, the cow leaned forward with its long slimy tongue, scooped up the ring with the blades of grass attached, and swallowed it down.

Moments later, Charlie emerged from the house and trotted back over to the fence line.

“What’s wrong with you?” he asked in a snarky tone.

For a moment, Maggie didn’t respond. The wind rattled the old Elm trees, filling the silence. Maggie took a deep breath, and looked Charlie in the eyes.

“Do you know how much manure an average cow can produce in a day?”

Maggie smiled as she stepped closer to Charlie.

“Each one of those beautiful grass-munching beasts pops out about fifteen patties a day. Gilbert is a big bull, so I imagine he’d hit twenty without any issues.”

“What an earth are you on about?” Charlie snapped, still blissfully unaware of what was about to unfold. He looked down at Maggie’s hand and noticed the missing ring.

“Why aren’t you wearing my ring?”

Maggie ignored him and continued, “How many cattle did you say your parents own, Charlie? One hundred and fifty-eight, wasn’t it?”

“Quit playing games. Where is the darn ring, Maggie?”

“Mmm…Well, forgive me if my math is incorrect, but I believe that one hundred and fifty-eight cattle, producing, on average, fifteen decently sized patties a day is about two-thousand three hundred and seventy patties, which would be equivalent to just over ten thousand pounds of shit.”

“Ironically enough, that’s not even close to the amount of bullshit I’ve heard come pouring out of your mouth over the last two years.”

“That engagement ring was just another tool you used to control me, Charlie. I’m well aware that you don’t value or respect me at all. You’ve made that abundantly clear.”

“Of course I respect you. I have nothing but respect for you. You’re being unreasonable.”

“Mmm, does Hannah know that?”

Charlie paused for a moment as he realised he'd been caught. Then switched to his defensive tone as he always did when he was accused of things. He loved to play the victim in these situations.

“Oh of course you go and put this on me. Maybe if you actually paid attention to me sometimes, I wouldn’t be out here looking for someone else to listen to me. You’re just so rude. You don’t even deserve the ring I gave you,” Charlie spat.

“Actually, you know what? I want it back. Now!” he yelled.

“Oh you can have it back Charlie. It’s right over there,” Maggie said calmly, gesturing towards the paddock behind them.

“You threw it over the fence?!”

“I imagine it will take a day or two to pass all the way through, but after that you'd better start searching. Enjoy your ten thousand pounds of bullshit, Charlie.”

Maggie left the ranch shortly afterwards and that was the last thing she ever said to Charlie McBride in person. Weeks later, she heard through a friend that Charlie had found the ring. She was ecstatic about the news, not because he had found the ring, but because it meant that he had actually gone to the effort of searching through mounds of cow manure to get it back. After that, whenever someone tried to take advantage of her, to manipulate her, or to dull her flame, she would think about Charlie in that field, desperately sifting through piles of manure in search of his precious ring, and she remembered that she didn’t have to bite her tongue. Revenge had never tasted so sweet.