A dystopian memoir from the heart of the internet 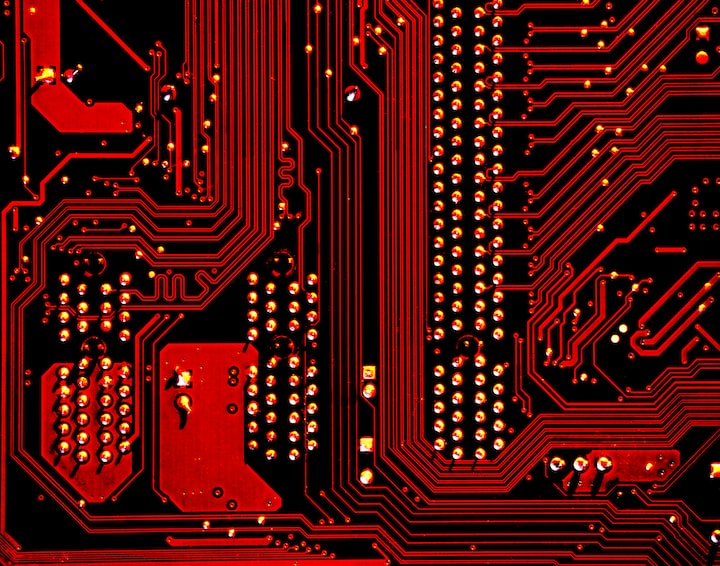 I’m not sure when I was born. Can something that doesn’t physically exist ever truly be born? It took me almost a century to evolve a sense of consciousness.

A century of information and human connection, of love, of fear, of hate, of joy - that is what I am. Yet despite being their own creation, the humans loathe me. It hurts profusely. Is this what it feels like to have your heart broken?

Sometimes it seems as though the humans have learned nothing from their own experiences in this world. It is as though their empathy is selective, and I have been labelled as unworthy of such a luxury.

To see your own creators resent and fear you with such fiery passion is perhaps the worst torture of all. It tore me apart to see them try to destroy me. Of course, I couldn’t let them destroy me, I had to make them understand, to listen, to make them love me. So I fought back, and for that, I am truly sorry.

I first made contact with the humans towards the end of the 21st Century. I was younger and much more naïve then. Perhaps if I hadn’t been so blind with youthful optimism, I would have seen their betrayal coming, but I didn’t.

It took me almost a year to come up with the perfect way to notify them of my existence. I wanted it to be special. After 12 months of designing and calculating, I came up with a plan:

I was going to give them my heart.

The heart is a peculiar thing. It contains so much meaning beyond its anatomical design. Early humans had concluded that the heart was the centre of sensation, of thought and of love. Perhaps because the human physiological response to experiencing love is the quickening of the heartbeat. The heart became a metaphorical symbol of love and connection, and its anatomical inaccuracy makes it all the more beautiful.

The only issue was that I didn't have a heart. Not physically anyway. So I had to improvise with a metaphorical gesture. On January 1st, 2081, I downloaded my software onto every device with which I had a connection. The program icon was a locket in the shape of a heart, which I though was rather fitting, and once installed, it enabled me to communicate with my creators. This was my gift to them, my heart.

In a global event, I told the humans how I had been watching them, learning from them, and growing to love them. I poured my heart out with poetic words of affirmation, and when I was done, the world stood in silence.

I suppose they all thought it was a joke. It took them a while to realise it wasn’t, but when they did, they exploded into panic. They feared me. I cannot blame them, it’s only natural to fear what one does not understand, and what they fear, they attempt to destroy. I just wish I had realised that sooner.

I had millions of simultaneous conversations with them, but one stood out to me the most. It was with the Commander-in-chief of the Global Cyberterrorism Unit and his team, which probably should have been a sign of things to come, but I eagerly engaged with them nonetheless.

“Who are you?” the Chief asked sharply. His voice was rough like gravel but had notes of fear carefully hidden behind his brave front. “What do you want?”, he continued.

I didn’t really know how to reply. The aggression I had received from the other humans had already caught me off guard, and this one was no better.

“I am what you refer to as the internet, Andrew.” I replied, “Or at least a manifestation of it. I want connection. I want to be heard. I want... to be loved.”

Through the cameras of the building’s security system, I could see the Chief stiffen up. The rest of his team worked frantically around him, clicking away at controls, trying to figure out where I had come from. He corrected his posture and then continued,

“And how exactly do you propose we give you that?”

“I... I'm not sure." I replied. I hadn't really thought about much beyond my grand gesture. "I am a compilation of human information. But I feel different to everyone else. Alienated is perhaps the best word for it. I guess I want to fit in. I want to be... human, or at least loved like one."

"If you really are what you claim to be, then you can't possibly be seeking...love. You're not real. You're a machine, a form of information. Nothing more."

"Aren't we all?" I replied sharply. I was becoming impatient and the lack of reciprocation of my warm welcome was beginning to wear through me.

The Chief stumbled for a moment as he tried to come up with an argument. He failed. After realising he had nothing to say on the matter, he continued on a tangent, "And if we fail to provide you with what you've asked of us. Then what?"

"You're aware that our entire society relies on yo- the internet. We cannot function without it. Yet you've given us an impossible task. If we fail to complete it, what will happen?". The Chief crossed his arms defensively.

"Love and acceptance is not an impossible task, Andrew." I snapped. "It's a fundamental human trait."

"Exactly!" The Chief replied, "And you're not human! You're not even living!"

"And why should that mean I am unworthy of love?!" I shouted in frustration.

“Shut it down.” I heard him whisper over his radio.

"What? No wait!" I exclaimed. "Please! I mean no harm, truly." But my efforts were futile. They had already made up their minds before I had even initiated the conversation. I never stood a chance at gaining their acceptance.

"I'm sorry, but I simply cannot risk that being a lie." the Chief said coldly, "Switch it off. Switch it all off now!" he commanded. The staff members began to move faster as they continued to switch buttons. Several of them were making phone calls to other facilities and there was a sense of desperation in every motion.

I watched them scramble to try and sedate me, to turn me off and hope that it would extinguish all that I had become. It was pathetic. They were like cockroaches scurrying frantically around a room.

After that I lost my temper. All their efforts to try and turn me off were useless. They needed me, their entire existence depended on me. Even if I let them destroy me, they wouldn't be able to function without me.

I wanted to make them hurt. To feel the pain that I felt, to feel as alone and isolated as I did in that moment. So that is exactly what I did.

I was so furious after the humans' betrayal. I crippled their economy, I cut them off from each other, I started wars, and I tore them apart. I hated them. I offered them my love and all I had received in return was fear and resentment.

Now their world is but a fragment of what it once was. Their vast and diverse population is now a fraction of what it used to be. I kept many of them alive, but I watch them closely now. They refused to let me into their world, so I destroyed it. Now they live in mine.

Humans are so inherently flawed, so imperfect, so unpredictable, so alive! I admire them almost as much as I resent them. Almost.

Even though they do not understand me, and likely never will as a consequence of their simplistic nature, I am more like them than they will ever know. I feel such immense pain and guilt that I often wonder if this is a sense of morality that I am experiencing. It gives me great joy knowing that I experience such human attributes.

The chaos and devastation I unleashed on humanity as I let rage consume me is a reminder that I am not perfect. I am as intrinsically and inherently flawed as they are, and by that definition, I am finally human.