Why Truffles Are So Expensive

by Mythili about a year ago in history
Report Story

The truffle is a fruit of the earth that has captivated people for over four thousand years and is always reserved for the most special of occasions. 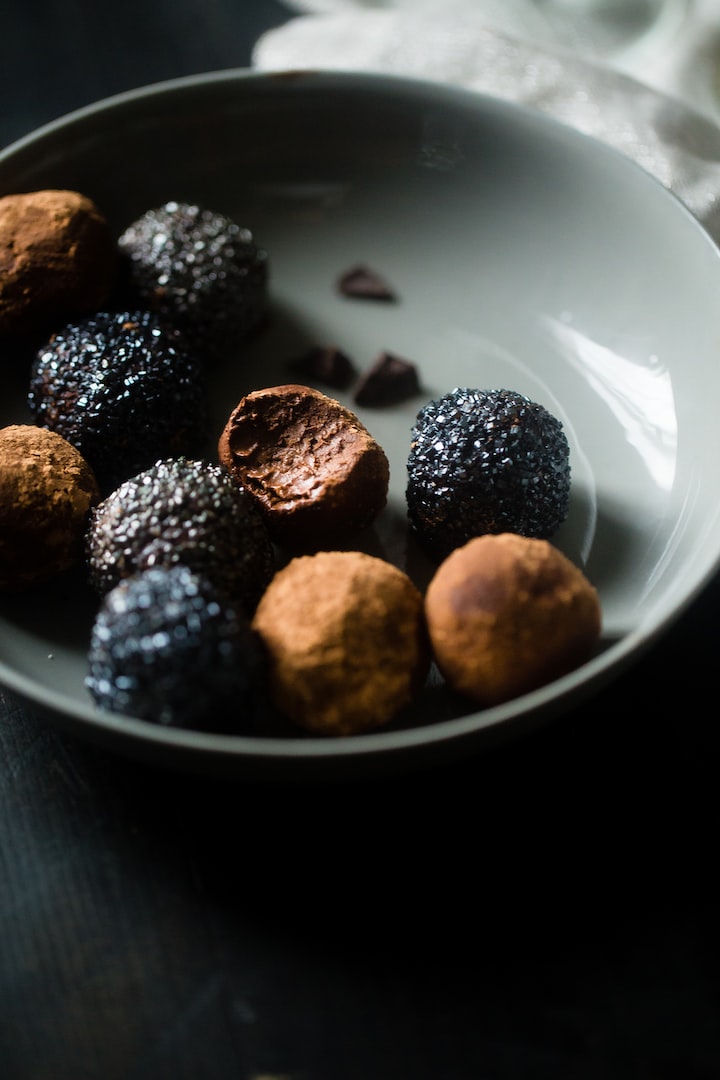 Photo by Taylor Kiser on Unsplash

“Yeah, [truffles] are expensive, but we are talking about the diamonds of gastronomy,”

That said, if you are thinking that truffles are a modern-day gastronomic fad, you are sadly mistaken. In fact, this rare product of the earth was already known and consumed from the last 4000 years since the time of the Sumerians and the Babylonians and this has been one of the most expensive culinary delicacies since time immemorial.

In fact, the ancients were so enamored by truffles that they called them being born from a combination of natural elements such as water, heat, and lightning. The Roman poet Juvenal even pens his fascination for this earthly gem passionately when he says.

“If the spring will bring peals of thunder, we will have the desired truffles. Keep your grain, Libya…and send us truffles,”

There is something about the nature of truffles that has captivated mankind for centuries. Perhaps it is the dazzling earthly aroma or even the great difficulty with which it is obtained only in certain conditions, we are not sure.

But these pearls of the earth have been associated with mystery, myths, and superstition that continue to attract generation after generation towards it.

The story of the truffle

Truffle is found within the living roots of chestnut, oak, hazel, and beech trees under certain conditions. The ancient Greeks called it Hydnon or Idra and the Romans called it ‘Tuber’, from the verb ‘tumere’ (to swell). Even the Arabs had the word ‘Tomer’ and ‘Kemas’ for it.

The first mention of truffles goes back as early as the ancient Egyptians, who held truffles in high esteem and ate them coated in goose fat. Later on, the Sumerians used it extensively by mixing it with other vegetables such as barley, chickpeas, lentils, and mustard.

But it were the Greeks and the Romans who imparted a supernatural quality to the truffle and called them as god’s gift to mankind. The Romans used them for therapeutic as well as sexual purposes, feeling that they gave eternal health to the body and soul. Their exotic aroma and flavor also made them wildly popular among the noble classes in Rome.

The Greek philosopher Plutarch called truffles as being born from a combination of natural elements such as water, heat, and lightning. The Roman poet Juvenal further expanded this theory by claiming that truffles originated from a thunderbolt hurled to earth by an oak tree by the father of the gods, Jupiter.

And since Jupiter was also the God of sexual activity, truffles acquired the status of an important aphrodisiac. Another legend links it to Venus who was the Roman goddess of love, sex, fertility, and beauty. This gave the therapeutic and fertility function to the humble truffle that became the one-stop dish for the Roman women to get beautiful and handsome children.

However, in the Middle ages, the tables completely overturned for the truffles when they were seen as the food of the devil and witches. Throughout the Middle Ages, truffles virtually disappeared from sight because the church declared that due to their ‘unique’ aroma, truffles were the creation of the devil. They were sometimes known as the “witch’s fares”, and few people ate or sold them due to this stigma attached to them.

It was only during the Renaissance, truffles made a spectacular comeback under Louis XIV who made them one of the most prized dishes of Europe. Italy became the leader in the truffle race with the introduction of the rare white truffle from its Piedmont region. And by the 1700s, the white Piedmontese truffle became the choice delicacy served in all the European courts.

Truffle hunting became a serious game at which guests and foreign ambassadors were invited to participate, with the Italian sovereigns Vittorio Amedeo II and Carlo Emanuele III becoming the masters in the game. The British also tried to cultivate truffles on British soil but they turned out to be of very poor quality compared to the Piedmontese.

After World War I, many of the rural lands were destroyed and the growth of truffles declined drastically. Today, truffles are a rare delicacy and the main reason is they are nearly impossible to cultivate (recreating the necessary growing conditions is both difficult and costly) and all attempts to cultivate them on farms or in labs have failed so far.

Truffles are now targets of fraud

If we sum up the situation of the truffle industry in a one-liner, it will a lopsided supply and demand with the supply notoriously unpredictable and sources guarded secretively by the owners.

That is why truffles are the favorite targets of theft, trafficking, fakery, and fraud. In 2012, thieves broke into a warehouse belonging to Italy’s Urbani Tartufi, the world’s largest truffle purveyor, and made off with over $60,000-worth of premium truffles. Truffle season is one of the biggest headaches for the French police with additional roadblocks and checking of suspicious cars for smuggling truffles.

In addition to all these issues, the issue of fake truffles is also quite worrying. It is interesting to note that truffles aren’t rare in nature. In fact, there are thousands of varieties found everywhere from the Gobi Desert to the middle reaches of the Himalayas. But the prized and real truffles are only found in a narrow belt going through southern France, north-western Italy, and Croatia.

And one such imitation truffle is the Chinese truffle that grows wildly in the provinces of Yunnan and Sichuan. This truffle is supposed to be the exact replica of the famous Périgord black truffle in appearance but tastes nothing like the original. As a French truffle aficionado Eduardo Manzanares says.

Fraudsters use this Chinese truffle to adulterate a shipment of the genuine one. These substandard truffles are known to have infiltrated more than 30 percent of truffle exports. And the only way to find out is to whip out a microscope or send a sample to a lab for genetic analysis. This rubbish is then sold at high prices to customers who believe they are buying the real thing.

While there are no easy ways to solve this problem, the need of the hour is having more oversight and transparency. The smoke and mirrors nature of the industry, due to which truffle owners guard their secrets zealously creates a perfect platform for fraudsters that can also be life-threatening for the end customers who want the real thing.

Yes, people have a right to be secretive about their produce, but it will do the industry a whole lot of good if transparency also becomes a part of this expensive gourmet industry. After all, if people are paying through their noses, so they very well deserve to know if they are getting the ‘real’ thing in return.

Thanks for reading! I hope you enjoyed and learned something new from this article. If so, leave a like and a tip if you super-liked what you have read just now. See you - Mythili

Mythili is a programmer by passion and a connoisseur of fine arts like painting, calligraphy, and pottery. She writes in the twilight between relationships, creativity, and human behavior.

More stories from Mythili and writers in Feast and other communities.