by WatchMojo about a year ago in fact or fiction

These food and drinks that never expire are perfect for long nights in after the apocalypse hits.

Worried that the end of the world is coming? Well, we’ve got your shopping list. Welcome to WatchMojo.com, and today we’ll be counting down our picks for the "Top 10 Foods and Drinks That Never Expire."

For this list, we’re looking at foods that boast the longest shelf life. To keep this metaphorical pantry interesting, we’re excluding long-lasting ingredients one would never consume by themselves, like apple cider vinegar, sugar, or salt. To comfortably consume the items on this list, you shouldn’t need to add anything other than water. As an aside, it should be noted that EVERYTHING goes bad eventually, and at home, you should respect the best before date. This is more of a worst-case scenario “still edible” approach to expiration.

Sure, if you’re talking about an exquisite dinner at a traditional Italian eatery, fresh pasta can’t be beat. But when you’re living in an underground bunker or scavenging in a post-apocalyptic zombie-infested world where Italian Fine Dining establishments are... few and far between, the dry stuff is what you really want. Even in your home, you’re likely fine eating a sealed package of pasta a year or two beyond the “best before” date. According to survivalists however, properly stored pasta, kept in a cool dry place, could be consumed up to 20 years after purchase. 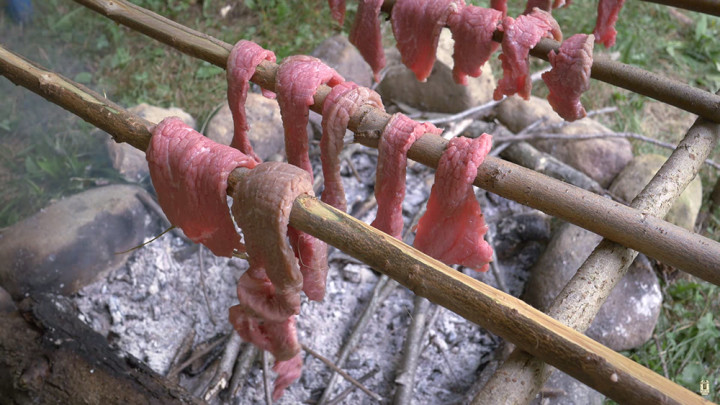 If you’re looking for food that keeps for a long time even in a world without electricity, why not turn to the historic masters of subsistence living - the indigenous people of North America? Stopping animal proteins from turning is challenging, and of all the various techniques out there for drying, curing or salting meat, pemmican is perhaps the one that has most captivated preppers. This dehydrated, concentrated mixture of ground meat and rendered fat has inspired much debate, with some claiming that it can last up to 50 years if properly stored. No wonder it’s often called the “ultimate survival food.”

Any amateur home cook working in a post-nuclear doomsday type scenario is going to sorely miss butter. So... if you envision serving as personal chef to a local foodie warlord with a big appetite and short temper, we suggest stocking up on ghee, a variety of clarified butter traditional to India and known for its stability and long shelf life. It is the go-to butter alternative of choice on survivalist forums for good reason. It’s a super buttery fat that not only tastes great, but also reportedly keeps, even unrefrigerated, for many many years, so long as you can avoid introducing bacteria to it, that is. 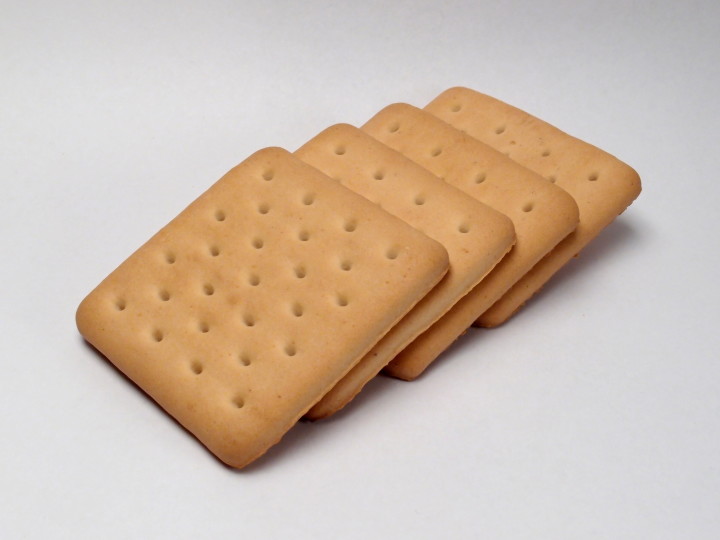 It’s often the simplest of foods that keep best, and few prepared foods are simpler than hardtack. These small biscuits are known by more names than they have ingredients, such as brewis, sea bread, ship biscuits, cabin bread, and many more. As for the list of ingredients, it’s flour, water and some salt... if you’re lucky. Intentionally designed to be as hard and dry as possible to extend shelf life, hardtack was usually dunked in your drink of choice to make it palatable. What it lacks in flavor and mouthfeel however, it makes up for in longevity—people say that hardtack keeps for decades. 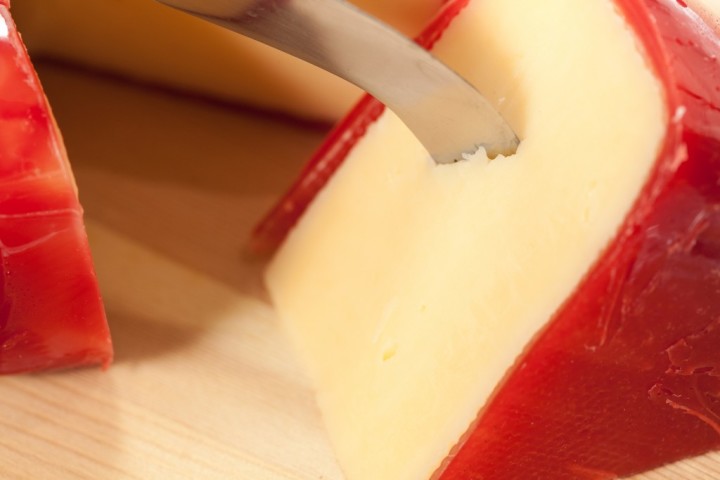 What’s the point of living in a world without cheese? Not only will wax be making a comeback as our primary post-apocalyptic source of light, but it will also help us to keep hard cheese long enough for us to learn to clone cows from scratch so that we can start making new cheese. Unfortunately, despite being created via a process of fermentation and aging—i.e., well, letting milk go bad—most cheeses themselves go bad in a relatively short time period. But hard cheeses, when properly encased in wax, can actually keep for many years. Some say decades.

Just because civilization as we know has come to an end doesn’t mean you can’t kick back and relax with a glass of the strong stuff. In fact, you’ll probably be working harder than ever before, fighting off the mutated beasts that stalk the nuclear wasteland planet earth has become. So come evening time, when you return to the bunker, you enjoy that drink! Although cream liqueurs and beer will spoil if kept too long, any sort of distilled alcohol like whiskey, vodka, or tequila will remain drinkable indefinitely if unopened. The flavor might diminish in quality, but it will evaporate before it ever goes bad. 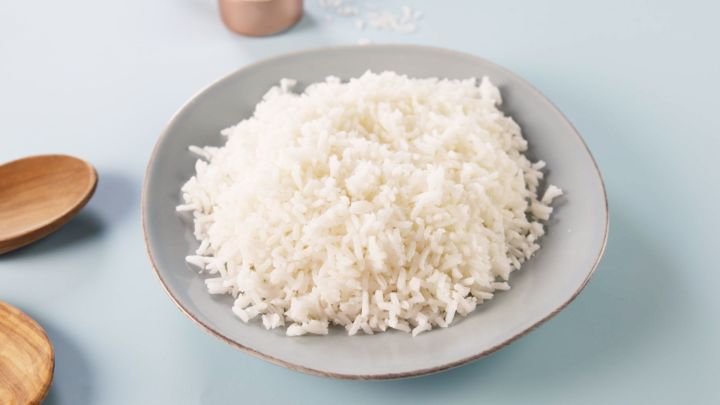 If you live near a grocery store when the news breaks out that the end is nigh, you should head straight there to load up on supplies. And contrary to what your dietician always told you, you’re going to want to head straight for the center aisles. In an indefinite emergency situation, white rice is a truly reliable staple. It can be acquired in massive quantities, easily portioned and, most importantly for our purposes, if stored in a cool dry environment, can keep for up to 30 years. Unfortunately, again to your nutritionist’s disappointment, brown and wild rice varieties don’t last nearly as long.

It might be the end of the world as we know it, but you don’t need to entirely give up on enjoying food. While you’re in the dried goods section stocking up on rice, load up on beans too! Sure, canned beans might be the go-to thing in post-apocalyptic cinema, but if you’re actually looking for shelf life, dried is the way to go. Pinto beans, when kept free from moisture, will last just as long as your white rice, an impressive 30 years. And doesn’t rice and beans every night sound better than JUST rice? 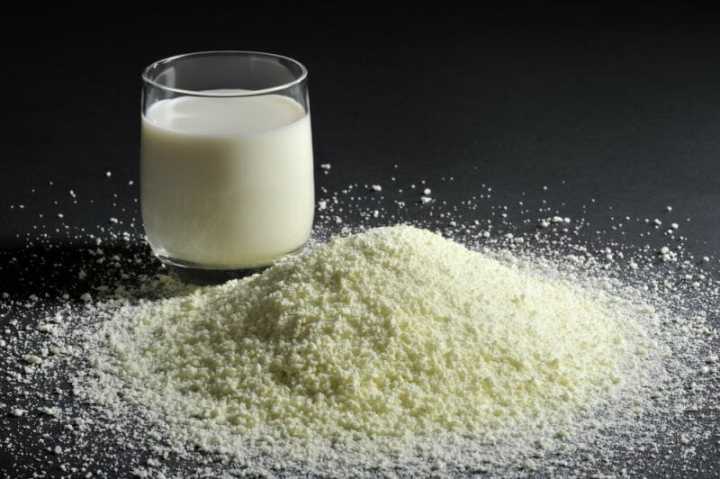 While your wax cheddar is sure to keep you in the dairy, hard cheese can’t really stand in for milk, especially when it comes to cooking. Sadly… covering milk in wax isn’t an option, so you’ll have to opt for the next best thing—dried milk. Over time, powdered milk’s flavor will diminish in quality, but we’re talking years down the line. If properly stored, some brands will last decades, by which point we’re betting your taste in milk won’t be that discerning.

The unique makeup of this sticky sweet substance makes it so that even when found in pots dating back thousands of years, it remains unspoiled. While some might argue that honey falls into the ingredient category, we’re siding with Pooh Bear on this one—honey is delicious all by itself. A regular spoonful of the stuff has countless reported health benefits. From a shelf life perspective, there’s nothing we’d rather have around indefinitely. It’ll certainly help to make the hardtack and pemmican more palatable.