The Steak 48 Debacle: A Critic's Take

Why is Philadelphia's Steak 48 getting so much hate? And, is that beef deserved? 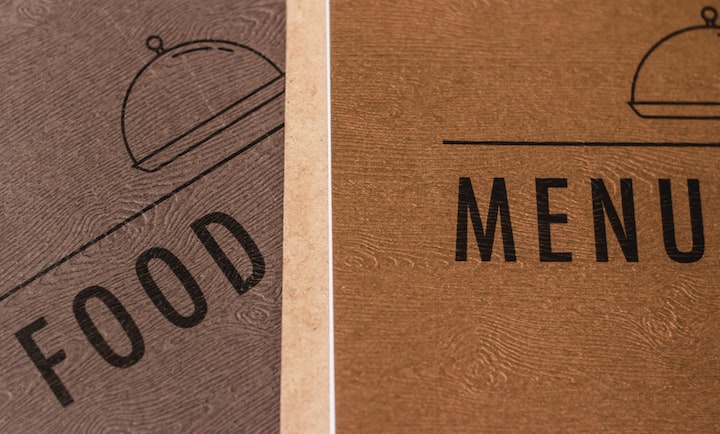 Hello! I'm not sure whether you know me by my reading, but I'm a food critic. As a food critic, I've gotten a lot of insight into the way the food world works. There are a lot of restaurants that tend to make people talk about them---and not in a good way.

Lately on Twitter, people have been discussing Steak 48 of Philadelphia. The restaurant has been getting a lot of flak for their latest policy, which has been photographed repeatedly and posted throughout Twitter. But, what's the deal? And is the hate really deserved?

Steak 48, from what I was able to tell, is an upscale micro-chain of restaurants that focus on traditional American fare. As their name suggests, their top menu items are all steaks. So far, there's not much that I was able to see that was too different from Ruth's Chris.

So, What Is The Problem?

Steak 48 made a stupid mistake. Or rather, they said what you're not supposed to say. Or said the quiet part out loud. They posted that patrons are expected to spend at least $100 per person in order to be seated and eat at the restaurant.

Oh, and they also wrote down a bunch of requirements that pretty much bar casual dress as well as clothing often worn by people who are in the hip hop community.

Pretty excessive, isn't it? If it seems like they are trying to single out people without singling them out, I wouldn't blame you for seeing it that way.

The Argument Against Steak 48's Announcement

Understandably, a lot of people are starting to call Steak 48's management racist. And, it really doesn't look good. Plastering a notice for a minimum purchase and then adding a very restrictive clothing policy would make most people wonder if they're trying to leave out certain demographics.

Honestly, it's because they probably are.

I've been a food critic and dated food workers long enough to know that a lot of upscale places do not like people of color. It's a thing, and it's an unspoken understanding in many cases.

This is especially true when it comes to steakhouses for some reason. The way I get treated when I'm with my friends is very different than how I'm treated when I'm alone. What's the difference? The skin color of my companions is usually darker than mine.

Moreover, trying to get people to pay a minimum for a seat at the restaurant is really, really, really tacky. Even if seating time is money in your industry, doing this is a very low and honestly noveau riche move.

The Argument For Steak 48's Announcement

While the argument against Steak 48's mandates is strong, here's the truth. It's a private establishment. They make the rules, and legally, there's not much recourse for them if they aren't excluding based on race alone.

To be honest, there is a little flair about dressing up nicely and getting a meal. Seeing yourself surrounded by people who look like they came out of a magazine is an experience that brings people to restaurant doors. It's part of the ambiance of a restaurant.

Moreover, there's nothing inherently racist about asking people to dress in a way that benefits your restaurant's ambiance. Assuming that people of color can't afford $100 per seat or won't dress a certain way is pretty racist.

Honestly, I wouldn't meet this restaurant's standards in my better gear, while my husband would probably get in without a hitch. I'm white, he's Hispanic. I just happen to be a crust punk raver whose idea of quality fashion resembles rainbow vomit.

As for the minimum? Well, I could probably argue that end too. The profit margins of a restaurant are very slim, which means that the Philly branch of this chain probably was hurting. They calculated that a $100 minimum purchase would have been enough to save the restaurant...or so I'm hoping.

Is It Worth The Hate? Here's My Beef With This...

As a society, we're starting to get to the point where people are getting to be a bit stupid about money and class. This restaurant made a wonderful job at making sure they attract people who have money. Maybe. Some folks do, after all, go to hang out with other people with money.

However, this restaurant absolutely will not get people who are going to visit for the food here. They all but showed that this venue is not about the food. If people loved their food, they'd be dropping more than $100 on a meal at a high priced steakhouse. This is true, even if they're on a budget.

For example, when my husband and I went to Ruth's Chris a couple of years ago, we spent $350 there. We adored the food there, man! Would we pay that much in a place where the food was just slightly above average? Nope. It was a very special occasion.

Moreover, their prices are not high enough to make the $100 per person mark easy. Their filet mignons are $59 a pop. If a person is on a calorie restricted diet, what can they do? Buy two steaks and reheat the second for lunch tomorrow? That's a waste of steak!

They also broke a cardinal rule of hospitality. You know, that whole thing about making people feel welcome. I know that if I were to go there, I would get very grossed out by the feeling of being judged and sized up for my wallet.

No one in their right mind would go to a good restaurant where they have to worry if they "fit in" to their customer ideals like that. It is a devastating blow to your restaurant experience. And yet, Steak 48 thought that was a smart idea. Somehow.

There's not much else to say here. Steak 48 is a restaurant that might have good steaks, but has absolutely no business running a business. They shot themselves in the foot. Is the hate warranted? Kind of, but in reality, this debacle is more along the lines of a major disappointment.

If I were offered a seat at this restaurant, I'd probably pass. I don't dine with snobs.