Standing in Line for Government Cheese

If food is love then feed us please 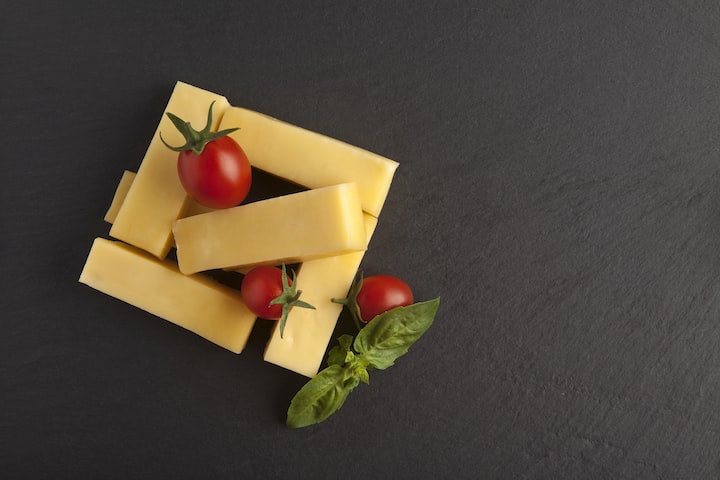 Photo by Önder Örtel on Unsplash

My mother always kept a full pantry, but I didn’t understand the financial struggle that food represented until I had children of my own. Mom grew up on a farm during the Great Depression. They had fresh vegetables, but store-bought food was too expensive.

“Everyone knew who the poor kids were,” she told me. “We had cold biscuits for lunch, the other kids had sandwiches made with store-bought bread.”

Tired of being teased, my mother came up with a plan. She rose early before school and cooked up a paste of water and burnt flour. Spread on a biscuit, the stuff looked the same light brown as peanut butter, close enough to fool her classmates.

Horrified, I asked, “Wasn’t it disgusting?”

I would never match my mother’s confidence. When I was a teenager, we lined up once a month at the Senior Center for government commodity handouts. The brick building faced the main street of our town, if I were unlucky, I would see my classmates drive past on their way to the Sonic. There was nowhere to hide. It was impossible to pretend I was there with my mother for any other reason. Any space in the parking lot that wasn’t taken up by poor people waiting for free food was occupied by a large truck with USDA Commodities printed in giant letters on its side.

One staple distributed was a white cardboard container with a five-pound yellowish-orange brick inside and ‘American Cheese’ printed in bold black letters on the box. My mother loved that cheese. It would last the whole month, sliced in sandwiches and shredded in casseroles, until we lined up for the next handout. I suspected the spongy loaf resulted from some government experiment in cleaning up oil spills. It didn’t melt, it sweated when exposed to heat and left a weird, slick coating in your mouth.

I lost my food snobbery when I had kids, and I became a connoisseur of day-old bread and bruised produce. One evening I picked up the phone to hear my mother’s excited voice.

After I determined she wasn’t in the grip of a medical emergency, she told me a church on the East side of town was giving away groceries.

“But we need to get there by six,” she said.

I worked as a waitress in a Mexican restaurant back then, feeding my family on leftover enchiladas and stale tortilla chips. My mother made do with social security. Neither of us had a problem accepting free food. I grabbed my car keys, told my future ex-husband he had to watch our two boys, and headed out the door.

The night of our food pantry visit we arrived at the church and a middle-aged woman wearing a floral dress and patent leather heels met us at the door. In true Texas fashion, her hair was stacked and hairspray shellacked high atop her head, to bring her closer to God. She smelled of gardenias.

I hadn’t expected a dress code at a food pantry — I had on baggy sweatpants, a faded Metallica t-shirt, and rubber flip flops. My clothing carried the aroma of the canned spaghetti and garlic bread we had for dinner that night. My mother wore a flowered scarf to cover the curlers in her hair.

“We’re here for the groceries.” My mom, never one to mince words when food was involved.

“There’s a short service before we open the pantry.” The nice lady smiled at us. She had the whitest teeth I’d seen outside of a toothpaste ad.

People lured by the promise of free groceries packed the pews. We settled in downwind from a man who smelled like Happy Hour at the VFW. He was better dressed than me. The pastor set up a microphone and a guitar amp at the front, and the pleasant lady who met us at the door stood next to him, smiling with all her bright teeth and looking out over the congregation. A brief sermon followed, accompanied by hymns on the electric guitar.

I had decided we would survive the blessings, and then they broke out the tambourines. The well-dressed lady kicked off her high heels and raced barefoot around the sanctuary, shouting and shaking her tambourine as though the Holy Spirit were hard of hearing. I glanced at my mother, hoping she wouldn’t stick a foot out into the aisle. I buried my head in my hands, to appear lost in prayer and unapproachable.

After tambourine lady circled us in three laps around the pews, the preacher put forth an invitation for sinners to come forward and be saved. There were enough repentant souls that we didn’t have to suffer through an additional verse of Amazing Grace.

We lined up and waited for the promised groceries. The nicely dressed woman, now sweating through her makeup, apologized as she handed each of us a single paper bag.

“We were light on donations this month.”

My mother replied with a grumble I hoped the woman would interpret as a prayer of thanks.

“Thank you,” I said as we took our bags and left.

We got back to the car, and I set the groceries in the trunk. My mother rummaged through the offerings, pulling each item out and inspecting it — a box of cereal, a can of tuna, a bag of pasta. She reached the last of the haul — a jar of peanut butter and held it out to me.

“You should take this, for the boys,” she said.

I nodded and then slipped the jar back into her bag when she settled in the car.

Before I started the car for the drive home, I glanced over to my mother. She stared out the glass, at the lights in the church as they winked out.

“Hey,” I said, “Do you remember that cheese we used to get?”

I wanted to make a joke about the cheese, something about its doubtful origins. She turned to me, smiling and nodding, as though she were reliving the endless meals of government cheese enhanced recipes.

“Oh yes!” she said, her tone reverent. “That was good cheese!”

I realized then she thought of the United States Department of Agriculture as the god of the Israelites, and that cheese as manna sent from heaven to feed the wanderers. Poverty, bitter as burnt flour, had been sweetened with the excess of government cheese.

I put the key in the ignition and considered my reply. “Yes,” I agreed, “that was some very good cheese.”

Read next: I Had a Private Chef For Over a Year: Here's My Biggest Takeaways And How I Apply Them To My Life Today