by Donna Fox 4 months ago in history
Report Story

Warning: May Cause Summer Feast Cravings 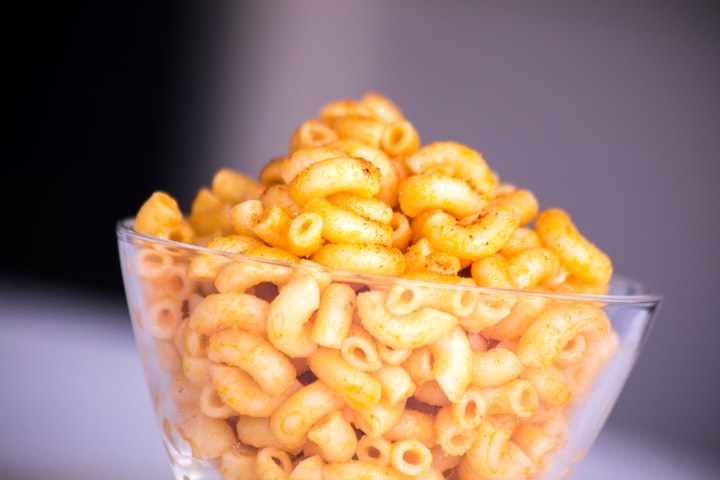 Photo by Hermes Rivera on Unsplash

You know what I’m talking about. The one that transports you to back to long forgotten summer days in childhood. The taste that once it hits your tongue, you close you eyes and feel the joy of the first time you ate it.

Even now as I ask, the memory of it swims across your taste buds on command.

For me, it’s any number of foods. Depending on where I am, who I am with or even the weather.

My favourite rainy day food is a nice creamy bowl of Mac and Cheese, served along side hotdog octopuses.

I was a particularly picky child, making it hard for my parents to find things to feed me. Let alone something they were willing to eat often. But a hotdog octopus with Mac and Cheese was one of the few things we always agreed on.

I often still make this for myself, as an easy dinner or quick lunch.

Even as I write this, I immediately begin to crave it again. (Even though, I literally just had it for lunch.)

I can practically feel the creamy cheese hit my tongue and sweet ketchup intermingling with it, as my tatse buds dance with delight. The perfect chew of the delicately cooked noodles as I savour every bite.

Upon the first bite, I am instantly taken back to that first summer in our new house. It had rained for a week straight and continued to do so.

My brother and I hadn’t had a chance to play in the new yard yet. We had just finished a game of sock golf, when dad had called us upstairs for lunch.

The cupboards were mostly bare and not much food had been stocked in the fridge. But of course my magician chef (not a professional chef) of a father, had whipped up something from nothing. As he always had.

In an attempt to stretch the single box of Mac and Cheese, he added a couple hotdogs. Cutting them in halves and then cross-wise, before boiling them so the “legs” would curl upwards.

The delight I felt at seeing such a thing, is something I can’t even begin to put into words. But I can say, that the memory will forever remain in my mind as the beginning of one of my best summers in existence.

We would have many meals like this in the weeks, months and even years to come. Not by forced circumstance, but by request.

As we grew and our tastes changed. The Macaroni and Cheese with hotdog octopuses evolved.

We would be camping and dad would get "fancy". Grilling the hotdogs on the BBQ, giving them a nice charred and smokey flavour.

But leaving our faithful Mac and Cheese as the constant. Just in case my picky eating habits chose to raise its ugly head again.

Soon our BBQ had turned to a smoker and thus began our newest adulthood staple. Brisket with a side of "Jazzed Up" Mac and Cheese.

My dad would add garlic and other seasonings to the Mac. Topping it with bread crumbs and bake it. Then adding a sprinkle of fresh chives to top it all off.

Making it the perfect adult Mac and Cheese.

Thusly, I have taken you through the evolution of my families favourite summertime (or anytime) food.

Which happened to grow and change along side myself. I am rather happy to observe and share with you all.

Even though I am lucky enough to remember and have lived through this evolution. I still hold true to the orinigal simple recipe of Mac and Cheese with hotdog octopuses. (Or sometimes just Mac and Cheese.)

I will forever be loyal and grateful to my dad for creating this for me. As well as loyal to the food he has introduced me to.

My Mac and Cheese.

Canadian born and raised budding author, looking to hone my craft. Build the skills needed to have my novels I'm working on published.

Very much love receiving all types of feed back, appreciate you taking the time to check out my work.

More stories from Donna Fox and writers in Feast and other communities.