Is Bread Bad For You? (Plus Gluten-free Bread Recipe)

by Health Journey 6 months ago in recipe
Report Story

Bread has a bad reputation but is it really that bad for you? 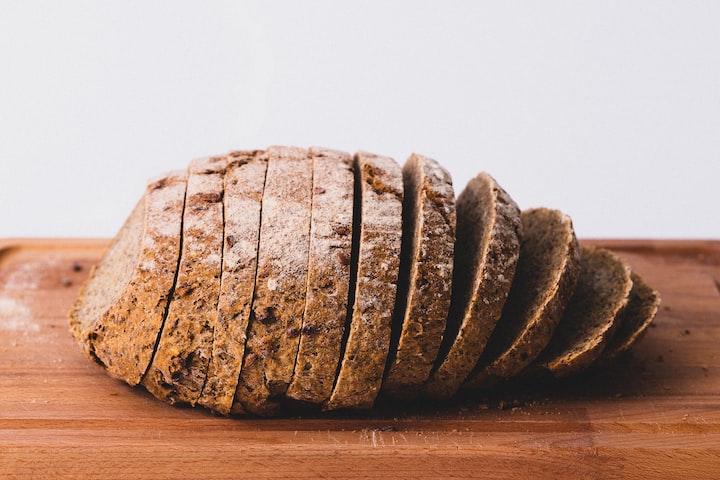 Photo by Jude Infantini on Unsplash

Bread has been a staple of the human diet for thousands of years, but now scientists have found that it could be as detrimental to your health as smoking.

The team from the Columbia University Medical Centre believes they have discovered why eating carbohydrates such as bread and potatoes can increase a person's risk of cancer – because high insulin levels caused by these foods can promote the growth of tumors.

Although research has already shown there is an association between insulin, obesity, and cancer – such as breast, colon, and prostate cancers – this is believed to be the first time scientists have shown how.

The researchers found that when mice were exposed to carcinogens after eating carbohydrates, the combination proved fatal.

They also revealed that levels of insulin and its related growth factors (IGF) were significantly higher in the blood of tumor-bearing mice compared to healthy ones.

Senior author Dr. Lewis Cantley said: 'Our findings suggest that limiting dietary carbohydrates such as sugars and eliminating insulin-stimulating foods – which release carbohydrates in the body – could help to prevent or delay the onset of some common cancers.

'We do not mean a person should completely eliminate bread or other carbohydrate-rich foods, but rather shift to a the Mediterranean or other healthy diet that is naturally low in carbohydrates and high in good fats — olive oil, for example.'

The findings were published Monday in the Journal of Nature.

Dr. Cantley's work builds on his findings of how cancer cells use glucose as a fuel source – suggesting there is a link between insulin levels and cancer.

Based on these findings, if you are going to consume bread, it is best to consume it in moderation. Or, instead of purchasing store-bought bread, you can make your own.

Below, I am going to show you how you can prepare your own gluten-free bread at home. You don't have to be a baker or professional chef to make this bread, it's easy to prepare and much healthier than the bread you can purchase from the grocery store.

Here is the best recipe that I use to make gluten-free bread at home:

- 1/4 cup chia seeds or flaxseeds, ground into a meal (Optional)

- A pinch of sea salt

1. Preheat the oven to 350 degrees Fahrenheit.

2. Mix the chia seeds, maple syrup, and vanilla in a small bowl with 2 tablespoons of water, set aside for 5 minutes to allow it to thicken.

3. In a blender, combine the thickened chia mixture with all remaining ingredients and blend until smooth.

5. Bake for 25-30 minutes or until cooked through (keep an eye on the loaf to make sure it doesn't burn). Let cool and slice to serve.

6. Store the bread covered at room temperature for up to five days, or in the refrigerator for up to a week. You can also freeze slices individually by wrapping them tightly with plastic wrap.

This recipe is very simple and easy-to-prepare, try it! You won't be disappointed with the result.

There are many different kinds of bread on the market, but you have to be very careful because sometimes they are labeled as healthy, yet actually are not. Most store-bought bread contains preservatives, additives, and other chemicals that don't need to be there.

Give this recipe a try, you probably won't go back to store-bought bread after you try this recipe.

More stories from Health Journey and writers in Feast and other communities.