by Freshlight Media 2 months ago in healthy
Report Story

Eggplant is a member of the nightshade family, which also includes tomatoes, potatoes, and peppers. 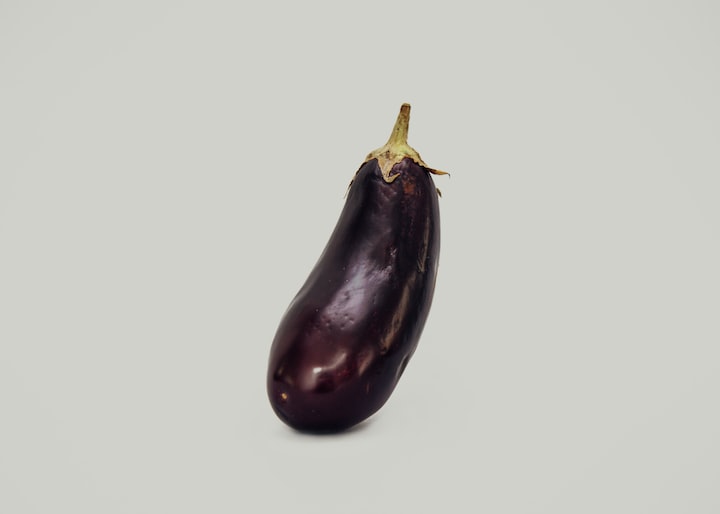 Do you love eggplant? If so, you're not alone! This delicious vegetable is enjoyed by people all over the world. But what is eggplant, and where does it come from? In this article, we will explore the nutritional benefits of eggplant, as well as some cooking tips and recipes. We'll also learn some fun facts about this amazing vegetable!

The Origin of Eggplant

Eggplant is a member of the nightshade family, which also includes tomatoes, potatoes, and peppers. It is native to India and was first cultivated in China. Eggplant has been grown in Europe since the Middle Ages, and it was brought to the Americas by Spanish explorers in the 16th century.

The Nutritional Benefits of Eggplant

Eggplant is a low-calorie food that is rich in vitamins and minerals. It is a good source of dietary fiber and antioxidants, which can help protect against some chronic diseases. Eggplant also contains phytonutrients that have been shown to have anti-inflammatory and anticancer properties.

How to Cook with Eggplant

Eggplant can be cooked in many different ways. It can be baked, grilled, roasted, sautéed, or even fried. When choosing an eggplant for cooking, look for one that is firm and has smooth, shiny skin. Avoid eggplants with bruises or blemishes.

Now that you know more about eggplant, why not try cooking with it? Eggplant pairs well with other vegetables, as well as meat and poultry. Here are a few recipes to get you started:

Combine flour, salt, and pepper in a shallow bowl.

Place milk in another shallow bowl.

Dip eggplant slices in the flour mixture, then the milk, and then the bread crumb mixture.

In a large skillet over medium heat, heat oil.

Fry eggplant slices in hot oil until golden brown on both sides.

Spread marinara sauce in the bottom of a baking dish. Arrange fried eggplant over sauce. Sprinkle with mozzarella cheese. Bake in preheated oven for 20 minutes, or until cheese is melted and bubbly.

• one large eggplant, peeled and diced

• one 28-ounce can diced tomatoes

In a large saucepan over medium heat, sauté eggplant, onion, garlic, and green bell pepper in olive oil until tender.

Bring to a boil. Reduce heat to low and simmer for 30 minutes, or until the rice is cooked.

Pour casserole into a greased baking dish. Sprinkle with Cheddar cheese. Bake in preheated oven for 20 minutes, or until cheese is melted and bubbly.

Remove from grill and let cool.In a medium bowl, mix together ricotta cheese, egg, and parsley.

Spread cheese mixture on each eggplant slice. Roll up, and secure with toothpicks. Grill rolls for about 15 minutes, or until browned. Serve warm.

• Eggplant is a member of the nightshade family, which also includes tomatoes, potatoes, and peppers.

• Eggplant is native to India. It was introduced to Europe in the 14th century.

• The word “eggplant” is thought to come from the fact that some varieties of eggplant are shaped like eggs.

• Eggplant is also known as aubergine or brinjal.

• Eggplants can range in color, from white to purple to black.

• Eggplants are low in calories and a good source of fiber. They also contain vitamins A, C, and K, as well as potassium and magnesium.

Eggplant is a versatile and delicious vegetable that can be used in a variety of recipes. Whether you’re looking for a healthy option for your next meal or a fun way to switch up your cooking, eggplant is a great choice. Be sure to try one of the recipes above! Happy cooking!

More stories from Freshlight Media and writers in Feast and other communities.