by C.W. WRITING WORKS 12 days ago in history 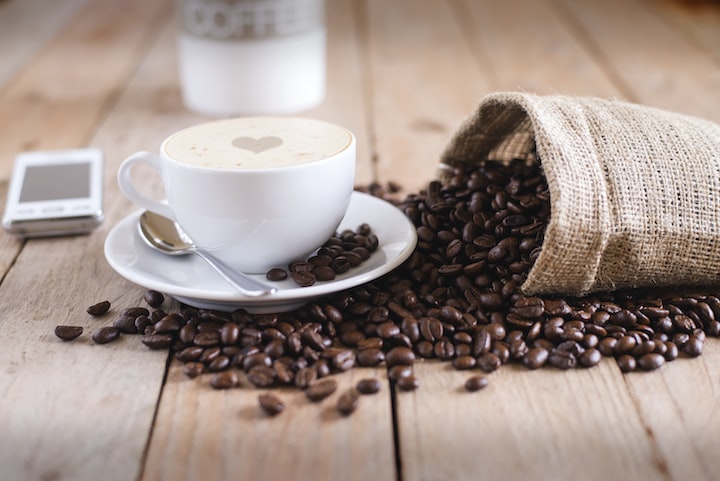 Photo by Mike Kenneally on Unsplash

Today I’m going to discuss my favorite beverage ever, coffee!! Believe it or not coffee has been around since pretty much forever and I’m talk about the history and where it came it from.

•Coffee makes the genius of coffee of the family Rubiaceae, Arabican coffee is classified as Coffee Arabica, Robusta coffee, as Coffee Canephora, and Liberian coffee as Coffee Liberica. Botantical evidence indicates that Coffee Arabica originated on the plateaus of central Ethiopia.

•By the late 13th century, the Arabians roasted and ground the beans before brewing it, Ironically it served to Arabian women to alleviate menstrual discomfort.

•Coffee cultivation was rare until the 15th and 16th centuries when extensive planting of coffee trees occurred in Yemen of Arabia and from Yemen to Turkey coffee was used. At that time coffee was used for it’s medicinal purposes.

•The first coffee shop opened in Constantinople in 1475, then it was introduced in the 1600s in Europe where more coffee shops quickly appeared. Exactly when and where coffee was cultivated is not known, but some researchers say that it was grown initially in Arabia near the red sea in 675. The opening and construction of coffee shops eventually spread around the world making coffee the most popular drink in Europe.

•What is coffee? Coffee is a well-known beverage that is popular worldwide, coffee is black and slightly acidic and has a stimulant effect in humans and is one of the most popular drinks in the world and can me made in may ways.

•Coffee originated from Yemen in the 15 century and be made in many different ways, hot, cold, French press, café latte, canned, expresso, it served hot or cold.

•When we think of coffee we think of our favorite beverage we make at home or what we get at Starbucks or Dunkin Donuts. But do we know where it came from or how long it’s been around? Coffee literally has been around since forever.

•The earliest credible evidence of either drinking coffee or knowledge of the coffee tree which appeared in the 15th century where it then got exported out of Ethiopia to Yemen by merchants. A colonial historically imported two-thirds of coffee from Berbera merchants before the coffee trade of Mocha was captured by the British in the 19th century.

•Coffee dates back to the 1he 15th century and possibly earlier according to a number of reports of it’s first use when the earliest recorded evidence was documented to when monks first made in monastery in Yemen, then eventually spread to other countries like the: Middle East, South India, Persia, Turkey, and Northern Africa, Italy, and then made to Asia.

•How was coffee brewed back then? Initially, coffee was brewed from green unroasted beans to yield a tea like beverage. The modern coffee drink was invented at the end of the 15th century, when roasting and crushing the coffee beans before extracting them with hot water.

•Coffee plants are now cultivated in 70s countries and the two most common coffee plants are Robusta and Arabica, primarily in the equatorial regions of the Americas, Southeast Asia, the Indian subcontinent, and Africa. In 2018 Brazil was the leading grower of coffee beans producing 35% of the world total.

•So everyone has heard that coffee is good for you then someone else say it’s bad for you, whether it’s coming from a doctor or some type of expert however, clinical research indicates that moderate coffee consumption is benign or mildly beneficial as stimulant in healthy adults. With continuous research on whether long term consumption reduces the risk of some diseases.

•What are the statistics of how many people around the world drink coffee?

•About 1.4 million people worldwide start the day a cup of coffee. About 64 percent, people drink coffee everyday and 3,000 have a coffee addiction.

•So, inclusion coffee has been around since pretty much the beginning of time and now is the most worldwide known popular drink. It’s hard to believe that this beverage was as popular as tea used to be when it first was came into being. What cool and neat history behind coffee and it first and foremost always be my favorite drink.