TW
by Tyler Wesley 10 days ago in organic

Make Christmas tree tea and other foods from an unlikely source 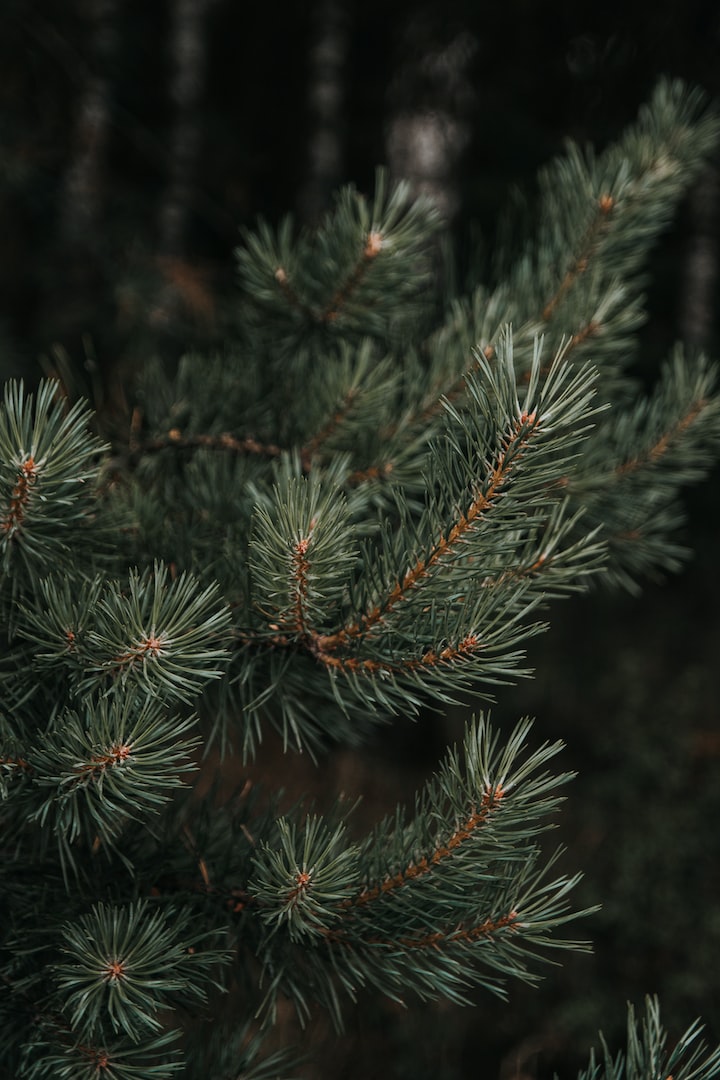 Photo by Artur Stanulevich on Unsplash

There are a lot of things that you can be able to do with your Christmas tree that people have been unable to consider. I know that this story is coming out past New Year's Day, so most people have pretty much tossed their old Christmas tree to the curb, but maybe you can consider this interesting advice that you might be able to take into consideration for next Christmas. Now, you have considered using a Christmas tree as a festive ornament and display of cheer, but have you ever considered the potential nutritional value that might be hidden your Christmas tree. I know anyone who read that last sentence and realize that my fancy words are implying you should use a tree as a food source will probably be thinking that this article was written by a madman with the kind of crazy dietary habits you would expect from a reality TV show. However, if you give me some time to explain in this writing, you will be able to see how a Christmas tree can be turned into a pretty good treat in a few different ways… ways that I've been tested by others and might make your Christmas tree more useful than you think…

The first thing I need a state is that the information I give you will only work on certain Christmas trees. obviously if you have a artificial Christmas tree, you should probably not try any of the suggested recipes in this article unless you want to end up in the hospital. Also, some Christmas trees have poisonous sap so you have to be sure you select the right one. On the YouTube Channel food theory, they use a blue spruce and turn it into a bunch of culinary concoctions. I would personally use a white pine tree since the white pine and other pine trees are known to be rich in vitamin C.

The first thing you can do is eat the spongy inner bark of your Christmas tree. Don't eat the outer dark brown, black-ish bark of your tree. This inner bark has some good calories and you can get some vitamin C and fiber from it. It has been described as somewhat dry and bitter, but is still good to eat and has the consistency of coconut. Some French cheeses use this bark as an edible outer layer, so I'm not the only one considering the use of bark as some kind of holiday treat.

You can also be able to eat the wood pulp of a Christmas tree because wood pulp is actually something that humans have been eating for a long time. Most people just don't know it. Wood pulp is used to make paper, but it's also used as an ingredient in some forms of parmesan cheese. It is also used in tomato sauce and as a filler in ice cream. It is used to make the ingredients cellulose gum and cellulose gel which you might be able to find on a food label for any of the previously mentioned foods. It can be used to help with preservation of foods and help preserve specific textures. Ice cream is made creamier and parmesan cheese is prevented from clumping thanks to your good friend wood pulp… wood pulp which is easy to find in a tree.

The pine needles can be used both as an edible substance and as a method for creating tea. Yes, you can create Christmas tree tea just as easily as you make any other kind of tea. All you need to do is take the needles of a Christmas tree and and dice up the needles is finally as possible. Take your chopped up needles and place them into some boiling water. Wait for the boiling water to slowly turn a yellowish red color and voila… you have your tea.

Plenty of websites from the Smithsonian to the Wall Street Journal have a list of different recipes you can be able to try. Take a look if you're interested and enjoy your Christmas tree!