Chemistry in a Cup

by Liza Saguto 2 years ago in cuisine

Demystifying the World of Tea to Produce the Perfect Cup

Brewing the perfect cup of tea is a both a science and an art. From the selection of the tea down to the temperature of the water, these factors can effect the flavor. While there is no lack of tea varieties or tools available, venturing into the exotic world of tea can be daunting for those of us who have only used generic teabags from supermarkets. But it only takes a few simple steps to brew that perfect cup of tea.

With the exception of herbal varieties such as chamomile or rooibos, all teas come from an evergreen called Camellia sinesis. The different types of teas are created from how the plant is grown down to how the leaves are processed after harvesting. Growing conditions of where the plant has been grown affect the amounts of chemicals produced by the plant. So tea plants grown in rainy areas will produce a different tea compared to those grown in drier areas. 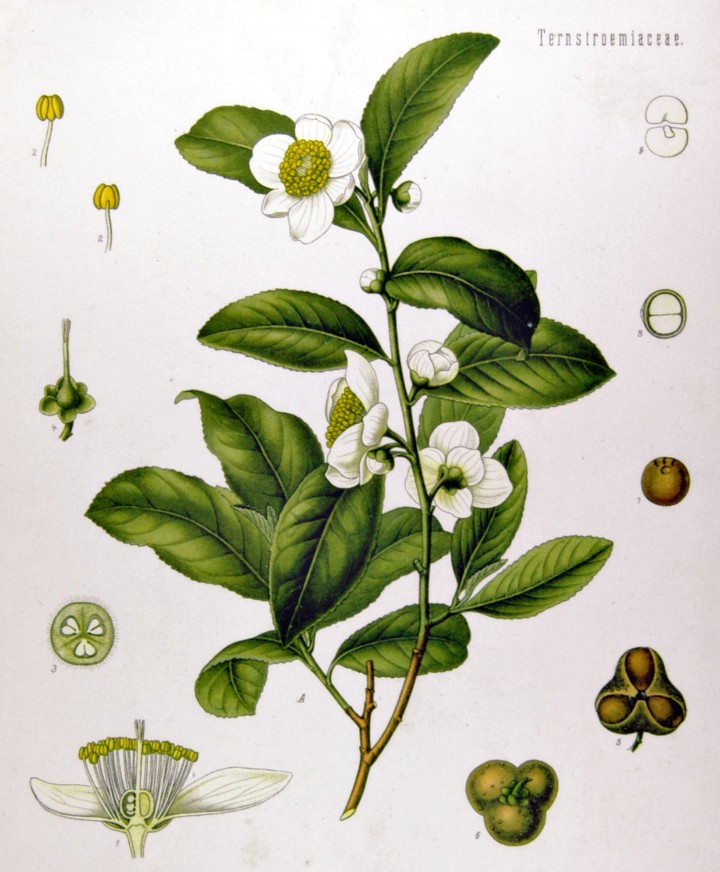 Tea producers take advantage of a chemical reaction called oxidation to exploit flavors and caffeine content. Oxidation occurs when the oxygen in the air is exposed to an enzyme in plants called polyphenol oxidase that causes chemical reactions that can alter color, texture, and flavor. This is what causes apple slices to turn brown but can bring out deeper aromas in wines.

Oxidation is initiated as the tea leaves are macerated, rolled, or tumbled exposing the components of the tea to oxygen. Tea producers are able to control this process and thus the flavor by the introduction of warm, moist, oxygen rich air over a period of time. To stop this process, the tea leaves are heated inactivating the polyphenol oxidase enzyme responsible for this process. Heating can be used to prevent oxidation altogether as with green and white varieties. The more highly oxidized the tea, the higher the caffeine content. Black teas will have higher caffeine levels followed by oolong, green, and white teas. 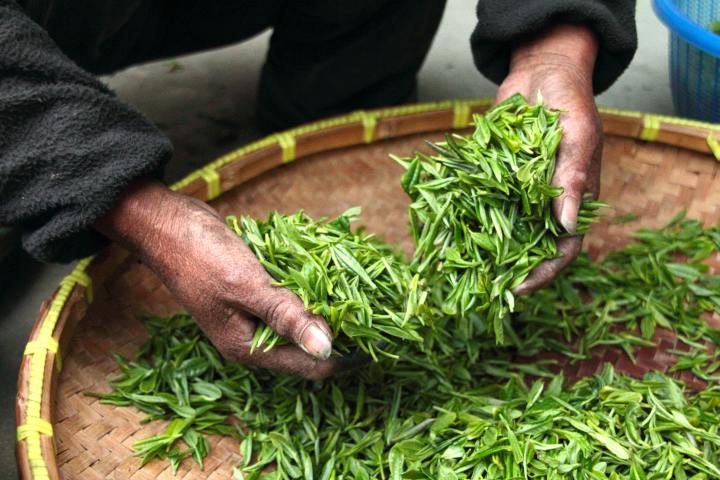 Tea can further be processed to reduce the amount of caffeine. Fortunately caffeine does not have an effect on the flavor of the tea (or coffee) so removing it does not alter taste. Highly compressed carbon dioxide, called supercritical carbon dioxide, is often used to dissolve and remove the caffeine of both coffee and tea. In coffee it just removes the caffeine but in tea it does remove some of the flavor components along with the caffeine so those need to be added back afterwards. This caffeine is then used by manufacturers of caffeinated drinks.

These vast production methods reflect the vast varieties of teas available. Black Tea has the most extensive production and serving methods, coming in various flavors such as earl grey, english breakfast, infused with fruit, and even chocolate blends. It is brewed with boiling water and steeped for 2 to 5 minutes depending on the blend. Brewing a tea too long can release too much of a plant chemical called tannins which provide a nice flavor in small amounts but bitterness in large quantities. Black tea can be served with milk, sugar, honey, and jam.

Green Tea has been growing in popularity as well as variety. Fruit infused and even earl grey flavors have been created. The tea typically retains the color of leaves when water added. Green tea needs to be steeped in hot but not boiling water, typically 131-140ºF (55-60ºC) for 2 to two and one-half minutes. 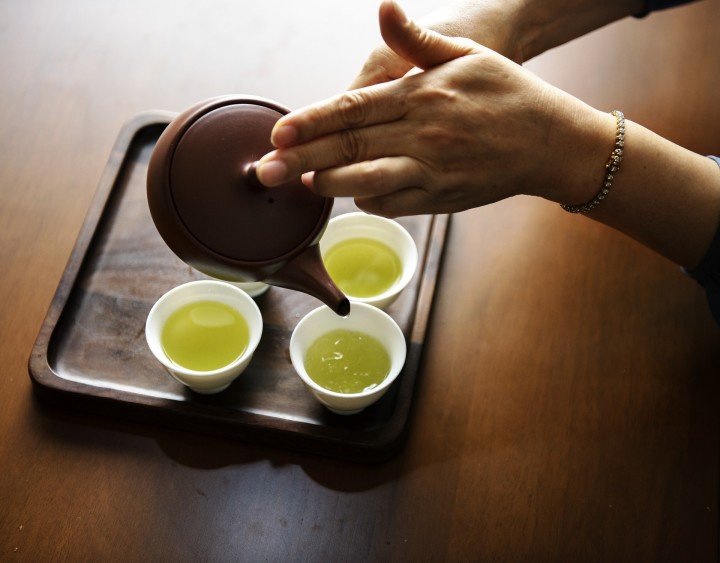 Oolong tea is a popular Chinese tea that is a cross between black and green. It is known to be an aromatic tea with exquisite aromas. It's leaves are withered under strong sun and oxidated before curling. The tea is typically steeped in boiling water for 1 to 2 minutes.

Matcha is a unique tea that is also often used as a cooking ingredient. Grown in the shade for 3 weeks prior to harvesting, this causes the plant to produce more caffeine, with a single cup containing more caffeine than a cup of coffee. The stems and veins are removed and the leaves are ground to a fine powder. Instead of steeping, the powder dissolved in hot water to make tea usually in matcha bowls with bamboo stirrers. 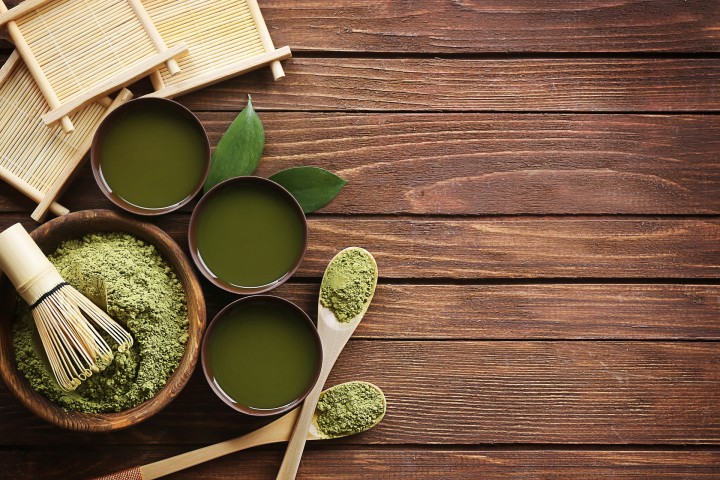 Warm cups of tea are known to help to help fight off colds. It is the action of antioxidants found in tea scavenging cell damaging free radicals while the warm liquid helps thin mucus. Drinking tea regularly has been associated with reduced heart attacks and green tea in particular has been shown to lower bad cholesterol while raising good cholesterol. Research is being done to determine if tea may even prevent cancer.

Temperature is important to brewing a perfect cup. Traditionally tea has been steeped in hot water. Black and oolong teas are best suited for this. But tea may also be brewed by steeping the leaves in cool water for approximately 8 to 12 hours to make iced tea. Teas brewed in cold water are usually mild in flavor, less astringent, and tend to contain less caffeine.

Although there are no lack of tea drinking accessories on the market, only a few tools are needed. For loose leaf teas, a filter or strainer is used. Matcha tea drinkers will use bamboo tea stirrers and matcha bowls. Teapots, electric kettles, and cold brew coolers are handy but not required. 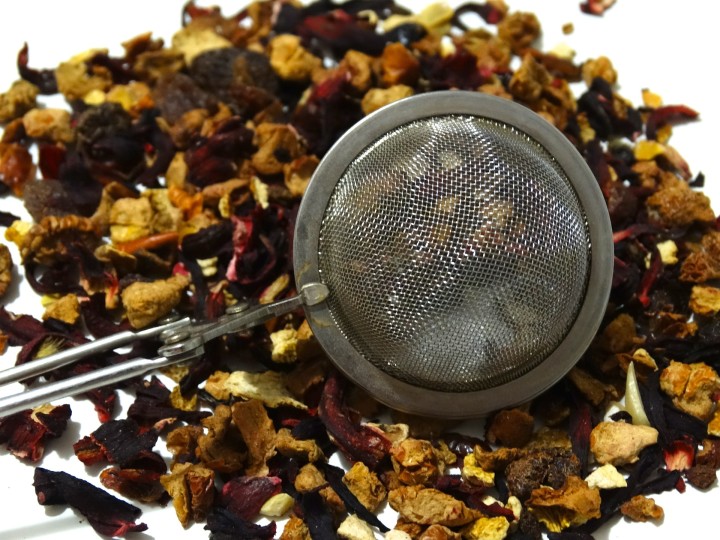