by Shawn Daring 16 days ago in pop culture 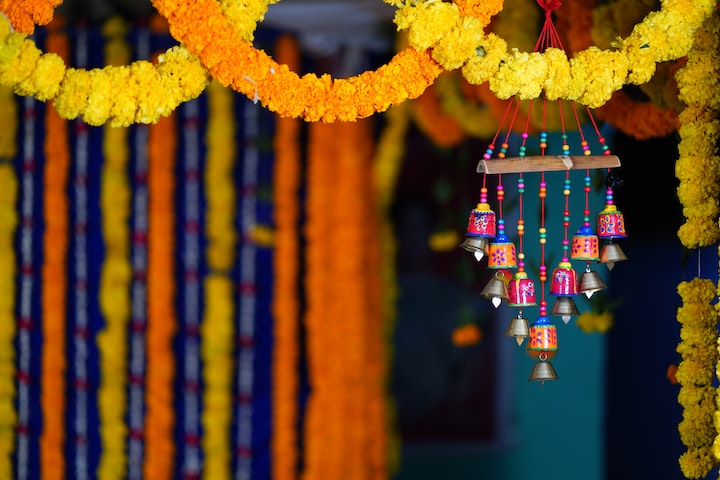 Photo by Joshuva Daniel on Unsplash

“What language do you speak at home?”

“Just English,” I reply apologetically, emphasizing the "just," hoping the topic will change.

“No, I mean like with your parents,” they continue, assuming I just misunderstood the question.

Every conversation I have with another Indian-American begins with the same confusion, and eventual disappointment.

Yes, I really only speak English.

No, I’m not one of those “understands-but-can’t-speak” types.

No, I don’t eat dhal or paneer at home, I have an embarrassingly low spice tolerance.

Yes: I do eat beef and pork — I’m not religious at all actually.

Sorry, I don’t even have a favorite Bollywood star.

Never played the tubla or danced bhangra either, although that’s probably for the best, don’t pretend you enjoyed going to Punjabi school on Sunday mornings when you were eight years old.

No, I’m not one of those self-hating types either, willingly rejecting a culture passed down to me, acting white to fit in.

I’m still Indian aren’t I? I cringe every time Apu comes on the Simpsons, cheered when Hasan Minhaj got his own show on Netflix, wait until my parents are in a good mood before I ask to hang out with friends. I got my first taste of freedom in college (and drank too much), stressed when I couldn’t score as high on the SAT’s as my cousins did (who gets a perfect score on their FIRST TRY?), worry about gossiping aunties (and uncles too), “go back” to India every few years, have my parents tracking my location and wondering if I have a secret girlfriend (if only I was as much of a catch as they thought I was). I spend time with people I don’t even like because our parents are still good friends, felt like I might be wasting my education if I didn’t go into STEM, compare my report card with my sisters, take “non-Western” medicine when I’m sick, touch my dadi’s feet, drive three hours so my didi can tie a piece of string on my wrist that means I’ll always protect her, and own way too many gold chains.

But most importantly no, my parents didn’t have an arranged marriage.

Long shaggy hair, cigarette hanging out of his mouth, riding his bike in loose jeans and a t-shirt, my dad was a Punjabi Mick Jagger without the confidence. He couldn’t even talk to the Kodova girl with a nose ring and brown hair who didn’t even know he existed. Until she did and snuck out at night to ride on the back of his bike that he didn’t even have a license for, skipped class to smoke hash, listened to The Beatles in his dorm and complained about how controlling her mom was (at least SHE couldn’t track your location!).

When did she know? Did he ever tell her, maybe when he was up late finishing an engineering lab and she was studying for her organic chemistry exam the next day but all they wanted to do was lie next to each other and talk? Maybe on the day it was raining but they still took the bike anyways because they didn’t even feel the rain slamming against their bodies when they were together? Certainly, at least by the time he met her mother and brother, she had to have known that his Punjabi, Hindu, Brahmin, vegetarian family back home in New Delhi might have been “modern” enough to let him have a love marriage, but would never accept her.

I don’t even know. The one thing all Indians — Kodava and Punjabi alike — love is secrets. I do know how persistent both my parents can be, that the hippy within my mom never died and she could care less about what other people think (although thank god she got rid of those bell bottom jeans).

My dadi never gave my mother her own engagement ring, as tradition dictates.

My mom didn’t move in with her husband’s family either.

They left behind the luxurious, all expenses paid, never-ending vacation lifestyle they could have had in New Delhi with my grandfather’s money to create something of their own. The American Dream, in all of its greatness, worked for about five or six years until their company went bankrupt and my mom had to borrow 200,000 dollars from her best friend just keep food on our table. All they had now was a son and a daughter and a dangerous little thing called hope, hope that their children could do better.

And we’ll do our best, but we’ll disappoint them too. They’ll smile when they see our report cards, our SAT’s scores, and the colleges we get into. My mom will cry when my sister graduates Summa Cum Laude with a degree in Mechanical Engineering. My dad will brag to all of his friends and family about how well I’m doing in high school and tell them every single college I got accepted at. When I first show them pieces I have written they’ll be amazed and remind me that my grandmother was a writer. And then my dad will text my work to all his friends too. But my mom will be disappointed when I first start drinking and tell me about how her father was an alcoholic. She’ll wonder why I can’t be more strait-laced like my sister. And my dad will beg me to not pick up smoking like he did, and I’ll nod silently, convincing myself that it doesn’t count if I only do it when I drink. Every night they see my location isn’t at my dorm they’ll assume I’m sleeping around or blacked out somewhere; they’ll usually be right. When I switch my major my dad will tell me he thinks I’m a talented writer but remind me how much easier it is to sleep at night when you have a steady job with a high salary. I’ll look at his eyes, bloodshot and droopy, and realize he’s right. My mom will remind me about my cousin, a computer science major, who will be making three thousand dollars this summer at his google internship.

I get frustrated with my parents, tell them they don’t get me, and think my white friends have it so much easier. I still strive to make them proud, care about what they think, and realize they’ve made me who I am today. I love secrets too though, and do my best to hide things I think will disappoint them (would be SO much easier without that stupid app on my phone). When it’s three in the morning and I’m still sitting in the library, I think about my dad and his droopy eyes and the fact that he doesn’t have a retirement fund. I think about the Kodava girl and Punjabi boy driving around Bangalore without a care in the world, not knowing that 30 years from now they wouldn’t be able to sleep at night until they could see that their son had got back home safe. Then I’ll drink another energy drink that my mom says will “melt my insides” and keep working, hoping I can do better, for them.

I like to think that makes me Indian enough.

pop culture
Shawn Daring
Read next: Understanding the Effects of Addiction on the Family
Shawn Daring

See all posts by Shawn Daring →