by Lisa VanGalen 10 months ago in grief
Report Story

Life changes. Who will you become? 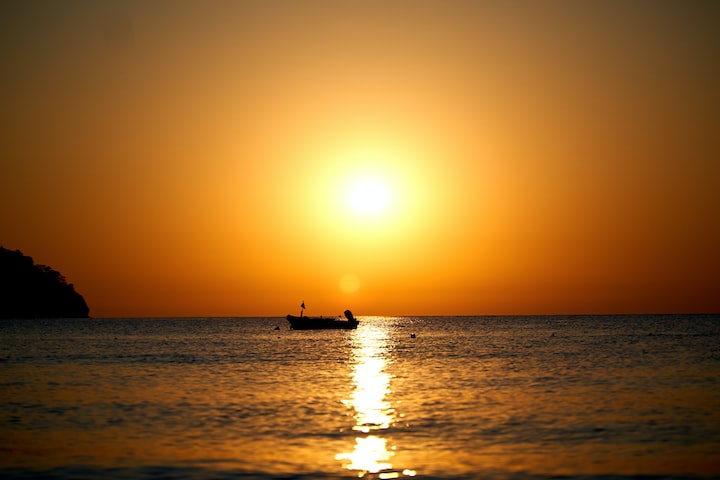 Jessica watched the gulls as they soared above the beach. The tension of the week slid from her skin like chocolate in the sun, pooling at her feet before sinking into the warm sand. Time away from her job should be a vacation, not this. Not the agonizing cramping of her heart as she remembered her father's last breath. The prickle of tears threatened to restart the journey into despair and she furiously scrubbed them away. Enough. Enough pain, enough grief. She couldn't change the past. And now that he was gone, the memories could fade with him, his overshadowing presence no longer an influence as she stepped out into a new life. The shadows grew with the setting sun, the heat on her face rising as the cool breeze kissed her skin. That would hurt tomorrow. For today, she welcomed the distraction.

Slipping into her slender feet into her sandals, Jessica brushed the sand from her hands, the roughness aggravating the bruises. Maybe she shouldn't have pounded on the door so hard. But it was better than beating on the doctor. The breeze dropped a curl of blond hair across her thin face. Brushing it aside with a gnarled hand, Jessica turned to face the pastel-coloured horizon. The glow of sunburn hinted at colour where none had been, her overriding grief bleaching it away.

The flood of emotions that welled up as she looked at the old man, shrivelled and tired, wasting away in a hospital bed, had been unexpected. Such a looming presence her entire life. Jessica wasn't sure who she was without him.

When her phone rang last Tuesday, she ignored it. Let them leave a message. It gave her a small measure of control in an otherwise dominated situation. The voicemail was brief: 'Come home. Quick.' Evelyn never padded her words, the bitterness of their broken relationship evident in her sister's tone. In spite of everything, Evelyn still believed Jessica should come and help care for their ailing father.

Sitting in the cooling sand, Jessica looked back over a childhood best left suppressed, the pain too deep to bridge. When her father's drinking and demands increased, she had feared for Evelyn more than herself. Over time, Jess grew to hate being in the house. Evelyn never knew what happened after the lights went out, how his heavy footsteps in the hall would make Jessica crawl into her closet. The final straw came attached to a drunken fist. Blood teemed from her face as Jessica stood in the kitchen, hurt and hatred filling her eyes. She pushed past her father, ignoring his apologies, his pleas to forgive him. Locking the bathroom door, she wept. Blood-stained tears dripped into the chipped sink. Gently, she washed her split lip shoved the loose tooth back in place. With any luck, it would stay. If not, then it was a small price to pay to protect her little sister.

Opening the door, their father stood there, a bottle of whisky in one hand and a bag of ice in the other. Jessica grabbed both and glared at him. Even in his advanced state of inebriation, he understood. His hands came up as he backed away, his gaze drifting sideways towards Evelyn's room.

“If you touch her... I will kill you.” The stark words hung in the air before falling like rain to soak into the floor.

In every fibre of her being, Jessica believed she would have done just that. He must have believed it too, for he never lifted a hand to either of them again. But his words wounded them as deeply as any blow. Through therapy, she came to terms with the damage, but nothing could fix the gap between herself and Evelyn. Jessica's throat tightened with emotion as she thought about their last fight, how things ended between them. She had only wanted Evelyn to see the truth about their father. But Evelyn would not allow anything to tarnish her memories. Jessica had protected her in more ways than she expected, right down to providing the rose-coloured glasses.

Finding Greg, falling in love and leaving Austin was the right choice for her. Walking away and never coming back had been like pulling out her hair one strand at a time. But Evelyn only saw that she was abandoned; first their mother left, and now Jessica. No words could explain her need to get out of the city, to get beyond the reach of the man that raised them.

And with one phone call, she was pulled right back in. Three years without any contact and now this. When she finally listened to the message, she considered ignoring it as she usually did. But something in the tone made this time feel different. Calling Evelyn had been unsettling, her sister's words continuing to eat at her. 'If you ever loved him, you will come.' Jessica's heart ached. Of course she had loved him. She still did and always would. What Evelyn didn't seem to understand was you could love someone, even if you didn't like them.

Greg had offered to come with her, to stand by her side, but this was a journey she needed to make on her own. 'Her demons', as he called them, would only be put to rest by calling them out. If she had known how devastating, and therapeutic, the last three days were going to be, she might not have come. With the loss of her father, much of her own identity floated away with his spirit. Sitting here on the empty beach, Jessica thought about who she was without being her father's daughter. The image of an orphan, adrift without her elders to guide her, made her scoff. She had survived this long without guidance, what change did she think this event would bring about?

After the machines ceased beeping, after the lights turned from green to black, she called Greg, and he listened while she cried. Torrents of tears, vaulted inside for years, flowed in an attempt to wash clean her heart. Greg provided a comforting silence as she expressed her anxiety, her guilt, and her fears. She had spent so much energy running away. Now that she was back, did she want to be? Did she want a relationship with her sister, the last of her blood? Or was the damage too deep? Regret sat with her as a constant companion, eating away at her hard-won sovereignty. And seeing the grief on her sister's face hurt more than anything. To know that Evelyn had established a connection she herself had missed out on. Jessica recognized it as jealousy, a sibling rivalry she had no chance of beating. The game was over.

Tomorrow they would lay him to rest beside their mother. Jessica had questioned the choice. But the arrangements had been made privately. One more thing out of her control. Old patterns threatened to surface as her mind replayed scenarios of subservience, as if she needed to be reminded. She shook her head, hoping to dislodge them, to send them off like the downy seeds of a dandelion. If only she could huff and puff and blow her troubles away.

“Jess?” Evelyn's quiet voice broke through the train of thoughts Jess had been riding.

Without turning, Jessica patted the sand beside her. Still staring at the horizon, she left her hand there, hoping her sister would take it. The simple touch of Evelyn's hand caused a new torrent of tears. A mix of joy and sorrow flooded her heart and her breath caught as she choked on the overflow of emotion. Together, the sisters sat and cried for life lost and life found; for the passing of a loved one and the finding of family.

Soothing ocean waves lapped at the shore, their movements disappearing in the dimming twilight. The morning would bring new issues, new arguments and difficulties. For this one moment, they could just be.

More stories from Lisa VanGalen and writers in Families and other communities.