When I Think of Grandma

by Jenna JG 2 months ago in grief

Cheers to the giggling grandmas! 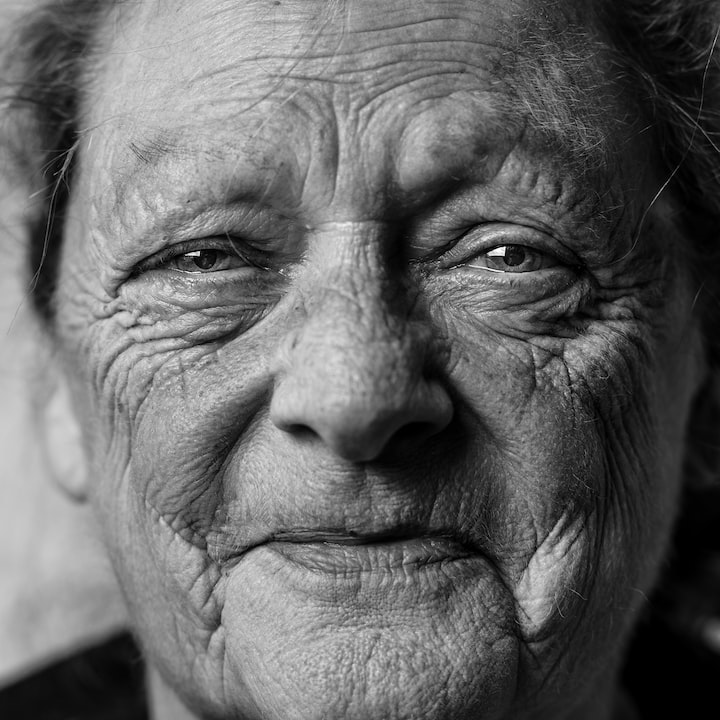 Photo by Glen Hodson on Unsplash

"It's just so vivid," she gasped between giggles, tears rolling down her weathered cheeks. Her blue eyes, faded with age, always became mere slits when she laughed, and her body shook with every chortle.

She had scarcely made it to the end of her story... something about a lady named Helga and an outhouse. Even more memorable than the story, though, was my grandma's reaction to it. Regardless of the number of times she recounted the tale, it always left her in the same state.

This time in particular, she found herself telling the story during family brunch at a local bistro. The staff had pushed various tables together for us; it had been that way since long before I was old enough to notice. Even with some of the older siblings away at school, we needed three tables for our group. That alone was enough to draw attention from others, but on this day, the universe was not to be satisfied with that. Because a few of us were actually employed at this establishment, we walked a fine line between an inflated feeling of familiarity and a heightened effort at respectful propriety.

"Grandma," we implored. "Why don't you drink some water?" Though we certainly partook in her amusement, we lacked the carefree abandon she so enjoyed in her old age. Stealing glances around the restaurant, we did our best to keep our voices down while recovering from our own laughter. We were already the biggest party, per usual; the least we could do was put in a good faith effort not to draw extra attention to the circus at Table 11 (and 12... and 13).

Oh, but recover quickly we did not, for there was more still to come! Not a moment later, I looked up to see my sister's face, petrified with horror. As she was frozen in shock, I followed her gaze to a fallen water glass on the table in front of her. The midday sun poured through the windows, and ounce by ounce, the icy water poured onto her lap. This turn of events was unexpected, to say the least, but more astonishing still was my poor sister's response. She did nothing to stop the deluge or to avoid it. Her dress, so carefully chosen and meticulously accessorized, was now the depository for the frigid waterfall from above.

So utterly unfathomable was this development in my sister's eyes that it rendered fictitious the very fabric of her reality. Reaction was currently impossible. Her eyes are blue, like Grandmas's, but in this moment they were filled with rage instead of humor. She gaped in disbelief at the culprit, silently-- lividly-- contemplating the choice between forgiveness and murder. The guilty sister, who had the biggest blue eyes of all, opened them wider still, awaiting the verdict. Of all the aggressions throughout all the years, this was the culmination: a lady named Helga, an outhouse, and a wayward elbow. It was not the first altercation and it would certainly not be the last. Nevertheless, it is by far the most notable and my personal favorite.

I regained my composure and started whipping cloth napkins in the direction of the flood, hoping they could mop up embarrassment better than they soaked up water.

There was one among us, of course, who was anything but straight-faced in this moment, who had long since fallen off the cliff of carefree delight. All eyes were on us now, after the spectacle, and Grandma's giggle was on display for all to enjoy.

Sometimes you will never know the value of a moment until it becomes a memory. ~Dr. Seuss

grief
Jenna JG
Read next: Understanding the Effects of Addiction on the Family
Jenna JG

See all posts by Jenna JG →