The story of 2 dogs

by Test 2 months ago in children
Report Story

Animals are spiritual, a close partner of human beings, their lives are wonderful, animals get along well, can make us feel the preciousness of life, and the love between animals without words sometimes can also bring us a shock. 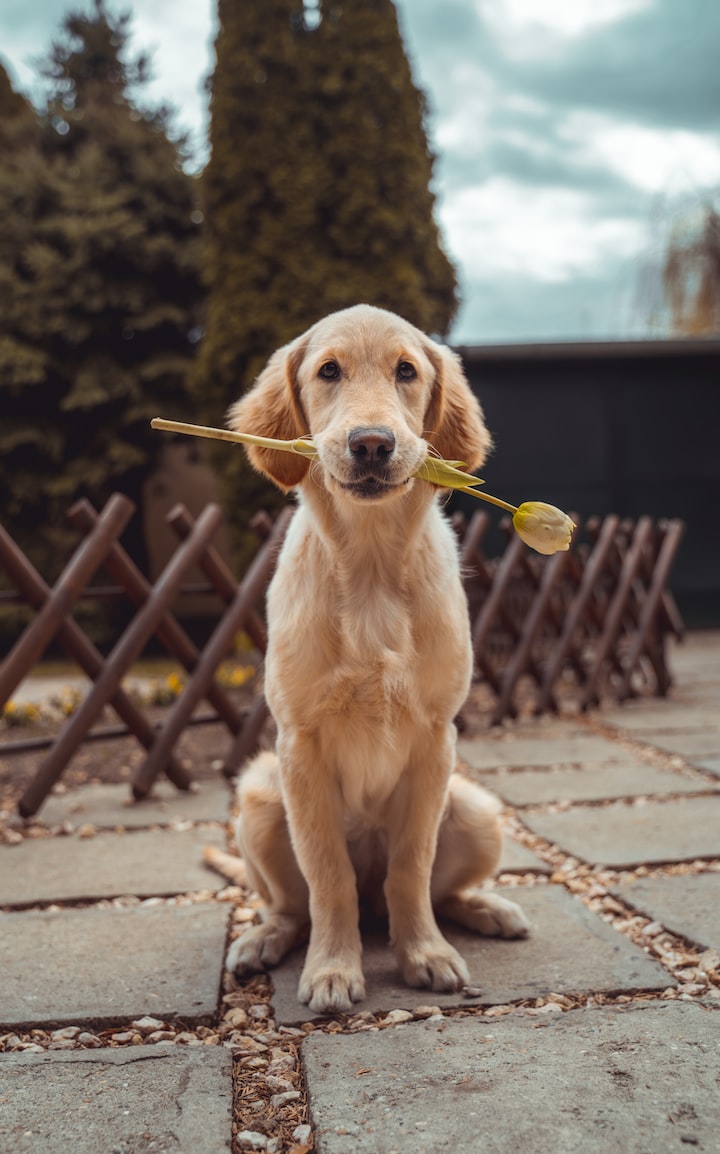 Animals are spiritual, a close partner of human beings, their lives are wonderful, animals get along well, can make us feel the preciousness of life, and the love between animals without words sometimes can also bring us a shock. It was an ordinary Sunday, and unlike usual, the neighborhood was bustling with activity that day. I looked around and saw a lot of people gathered at the entrance of the neighborhood, and everyone came out to see what was going on. Curiosity prompted me to walk towards the "sea of people" and reached the center of the crowd as fast as I could.

A miserable scene presented in front of my eyes, two "poodle" dogs snuggled together on the ground. A closer look, only to find that the puppy on the left was stabbed by a car, head, neck, and body are covered with the fishy smell of crimson blood, its white bones have long been exposed, but soon swallowed by the unstoppable blood, the puppy on the right lying next to the injured puppy, the blue sky moaning, calling, the "whimper" of sound, seems to be comforting the injured puppy, seems to be helping it to ask for help, seems to be fighting for justice, let people shudder. People were whispering, and although I didn't know what they were saying, I felt compassion for them. They are so cute!

Time was ticking away, the crowd of onlookers was growing, and it was still dead all around. That day was the time of late spring and early summer, gardenia bloomed, and beautiful petals fell on the injured puppy, it was slightly stunning, but the faint fragrance of flowers gently slipped into its nose, it was a kind of consolation for the soul! The injured puppy's companion looked at it with pity, from time to time, "oh oh" desperate cry, it also kept stroking it with his paws. At this point, someone in the crowd hesitated and slowly came up, the man seemed ready to approach the poor puppy. The puppy on the right smelled the odor and quickly turned its head, with a cold glint in its black eyes, a flicker that seemed to carry hatred and aggressiveness. The man felt scared and also slowly retreated, in addition to me, many good people do so, and the result is the same.

Let me try, maybe I can succeed, my heart surged with the urge to go up and touch the poor little thing, but I do not know how my feet never moved, is afraid, disgusted, or ......? I don't know. At this point, the breathtaking quiet around, time is slipping away in a minute, not only when the owner of the dog came, without saying a word, picked up the bloody puppy, the dog in the arms of the owner, not moving, as if asleep, another uninjured puppy followed, people gradually dispersed, the neighborhood is back to quiet.

The crowd gradually dispersed, but my heart could not calm down for a long time, is moved? Is it admiration? The injured puppy was physically hurt, but its companions helped it, protected it, and made it feel warm, while people? Doing the wrong thing but getting away with it. Animals can still do it among themselves, we humans should not reflect on it.

Love blooms in life, simple but profound, brief but wonderful.

Everyone comes into the world with their bare hands, some succeed, some fail, all have their own reasons. Conditions will not be placed in front of everyone, learn to create their own conditions when there are no conditions, it is possible to approach success.

Without the wrong behavior, there will not be the result of failure. If you can not correctly analyze the reasons for failure, even if you do more efforts, it does not help.

It is necessary to prepare well in advance for everything, otherwise, when things happen, you can cope with it, it may be too late.