The Narcissistic Mother: Who is She and How do I Spot Her?

by Leonora Watkins 10 days ago in immediate family

I wish anyone with a narcissistic mother peace and healing 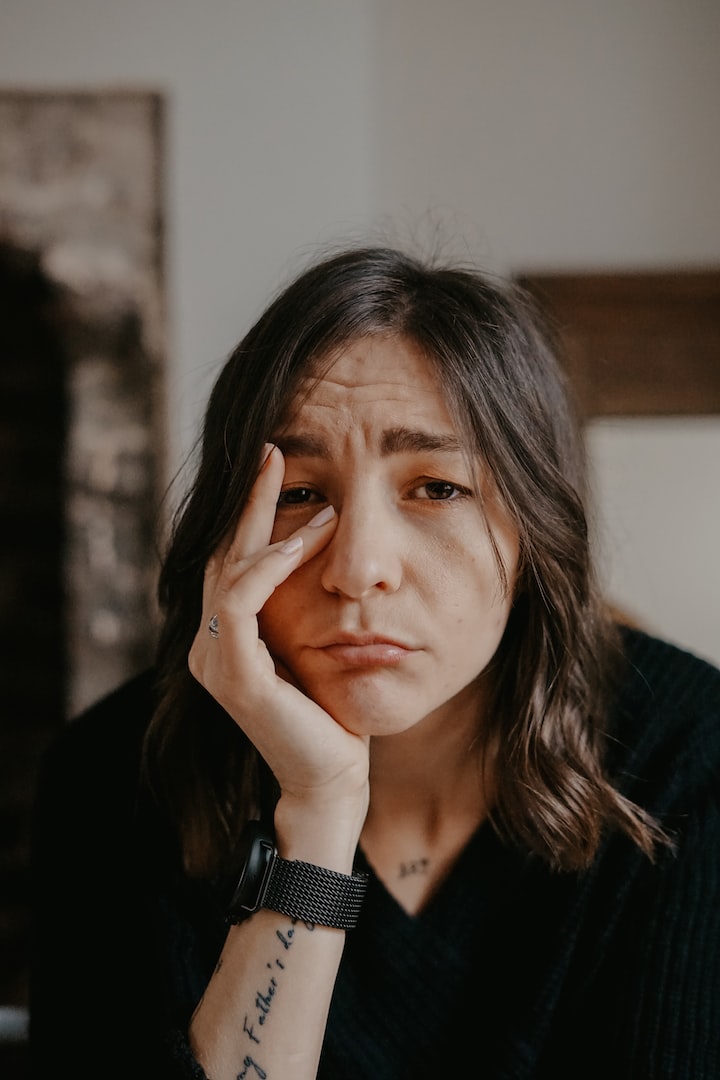 My wife is appalled when I tell her some of the things my mother used to call me:

But I genuinely thought that was normal behaviour, I thought everyone’s mothers called them names like this. “No! Never!” She replied, absolutely horrified at the notion that her mother would have ever even entertained this kind of behaviour. She then asked me if I thought her mum would have ever called her any of these things. That’s when it hit me, it had taken over 23 years, but I finally got it. Normal mums don’t do that! Normal mums don’t call their children horrible names, they don’t gaslight their children, and they don’t deliberately try to sabotage their lives.

Don’t get me wrong, I always knew she was a bitch, everyone did. But I always thought growing up that they were just words and their impact would fade over time. I literally couldn’t have been further from the truth, her words became so loud that they were all I could hear. In fact, I can still hear them from over 500 miles away.

My mother is a narcissist, and whilst I barely speak to her at all anymore (maybe 2 emails per month) Her words and actions have never left me, so I want people to know how they can spot a narcissistic mother and what they can do about her.

Signs of a narcissistic mother include:

Making every conversation or occasion about her

It can be anything from a simple conversation to your birthday, but whatever it is, she will become the centre of attention. And any attempt to prevent this from happening will be met with hostility and emotional manipulation. Think about the last few important things that have happened in your life. If your mother has become the primary focus more than once then this is a strong indicator of narcissism.

Being unable to admit when you’re wrong is so unhealthy, especially when you’re prepared to be stubborn to the detriment of your child’s mental health. Nothing will ever be your mother’s fault, it will always be someone else’s. I remember when I was about 7 I saw my neighbours, James and his wife Katie who had a broken wrist and a black eye. We spoke to them about what happened and it was clear to me that Katie was afraid of James. I told my mother this and said I thought James had done that to her, she slapped me right across the face and told me I was “an evil little girl making up lies like that.” About a month and a half later, James was arrested for the attempted murder of his wife Katie, it was reduced to aggravated assault and he got a 2 year suspended sentence. She still won’t admit what she did to me and she says she always knew there was “something off” about James.

I’ll say it again, normal mothers don’t call their kids horrible names! It’s bullying, and normal mothers don’t bully their kids. Bullying can take on several forms, emotional, psychological and physical. All of these are wrong and should be reported to child protective services or the police if experienced or witnessed.

After the bullying comes the gaslighting:

All of these phrases serve to invalidate your feelings and lived experiences. Minimizing your experiences serves them well because if they truly understood the full implications of their behaviour then they would realise what monsters they are.

This is an incredibly toxic form of emotional manipulation. When you don’t behave the way they want, they remove their affection. This is so abrupt and jarring that most people will do just about anything that the parent asks to get their love back. This isn’t normal, good parents don’t do this. Maternal love shouldn’t be conditional.

Tells You How Much She Does for You

She’s your mum, mums are supposed to do stuff for their children. It’s kind of their job, but she feels the need to remind you of every little thing she’s ever done for you. This is designed to make you feel guilty for not doing what she wanted you to do.

She Embarrasses You in Public

This is yet another form of bullying that a narcissistic mother will engage in to assert her so-called superiority. Anyone who would do that to their child has no business being a mother.

Her Mood Depends on You

Her levels of kindness and caring are determined by your actions. This is a heavy emotional load for a child, to be responsible for another person’s state of mind.

They Don't Care About You

Narcissistic parents don’t care about the psychological impact they’re having on their children. They only care about themselves and what their child can do for them. I can’t speak for everyone but I can tell you that having a narcissist for a mother turned me into an adult who: