The little fox is lost

by Test 2 months ago in children
Report Story

Once upon a time, there was a little fox named Berry Berry. One day, his mother carried a basket of pastries and said to Berryberry, 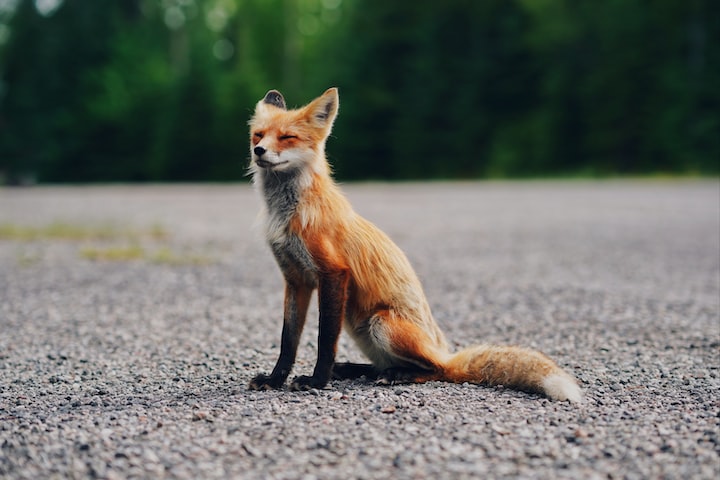 Photo by Qijin Xu on Unsplash

Once upon a time, there was a little fox named Berry Berry. One day, his mother carried a basket of pastries and said to Berryberry, "Berryberry, Grandma is sick now, and she will get better after eating these pastries. Mom has no time to work, you are not young now, help mom deliver the pastries!" "Sure!" Berry agreed readily. After saying that, they put on the basket, hummed a little song, and went on the road to Grandma's house.

The first thing you need to do is to take a look at the road. Well ...... big road although good, but nothing fun; small road although difficult to walk a little, but there are wildflowers, butterflies, dragonflies, can play with me! I'd rather take the path!" Therefore, she jumped up to the remote path.

Berry walked forward, she walked, while picking wildflowers, butterflies, and dragonflies, happy. When she was so happy, she came to a big forest in front. At this time a strong wind, the wind is blowing more and more powerful, the side of the "oo - oo" sound. Berry was terrified, I should have known that I would have taken the road! But it was too late, suddenly, "whistling", from the forest out of a large tiger, straight to the berry, in step to berry approaching. Berry berry look, turn around, and run towards the road, the tiger in the back of the relentless pursuit. I did not think, berry cared about running towards the road, a careless a branch tripped, and even frightened, she passed out.

When Berry woke up, she was already in a cabin, and a huge black bear appeared in front of her! Berry was so frightened that he shrieked: "Wow!" The black bear turned around and said to Berry with a smile, "Don't be an afraid little fox. I happened to be on my way home when I saw the big tiger chasing you and you tripped over a branch and never got up. I drove away the big tiger and saw you unconscious, so I carried you home." The little fox's apprehensive heart finally calmed down at that moment and said to the black bear, "Uncle black bear, thank you! for saving me!" The black bear asked the little fox, "What is your name, the path here is very remote, you are so small, why do you want to take such a remote path?" The little fox said, "My name is Berry Berry, my grandmother is sick and my mother asked me to go see her." The black bear asked Berryberry, "Where is your grandmother's house?" Berry berry took a look outside, all the places she did not know, she could not remember where her grandmother's house was. Berry berry cried, cried so sad!