The Life and Times of a Dark Knight

by Trevon Mosby about a year ago in humanity
Report Story 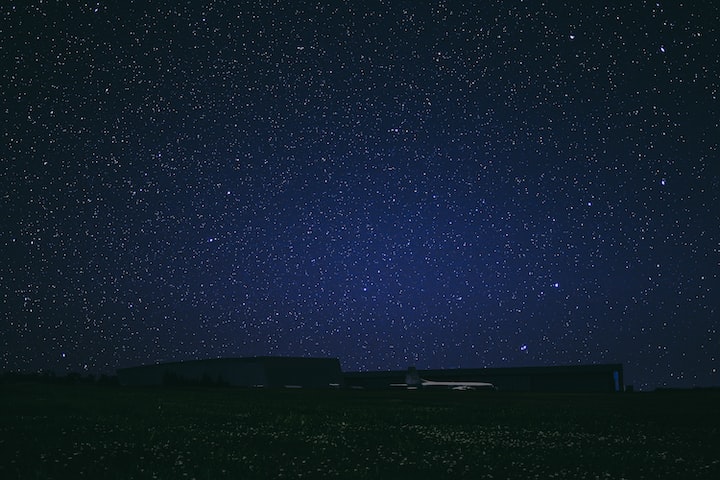 Photo by Pathum Danthanarayana on Unsplash

No one is stronger than my wife. The thoughts and realities she battles daily remind me of this. Her smiles convince me of it. Her love reassures me.

How do you love after being attacked by the people that raised you? How do you think for yourself after being manipulated and abused for virtually as long as you've been alive? How do you laugh when your home is always in hurricane season? How can you smile when there is so much wrong?

And I had no clue. I was fooled by the appearances her parents like to keep up. We threatened their way of life, the control they claimed and flexed whenever they could. So they hated us. They plotted against our way of life and sabotaged the foundation of our marriage as it was still being built.

They watched us struggle and made us fall, conveniently arriving to offer us "help" when they assumed a need was present. They smiled when we accepted it, tallying our debt to them as they went on. They laughed and criticized us, even going so far as to slander us to the church we all attended, never claiming responsibility for their hatred. Clinging to their silent fury.

Until the fury burst out. My wife caught every blow of it.

I hoped she'd had enough to punish them for who they decide to be to her - her enemy. I hoped she'd leave them behind to be safe from them forever. But she loves. Fiercely. So she let them abuse her again.

Her love is what saves me from myself when I allow it to. Her strength is why I know her as a heroine. And like me, her fierce love betrays her at times, leaving her emotions leaking out of her unto absent-mindedness, withdrawn from our marriage.

My wife probably dreamed of a better life. I'm certain that she dreamt of true safety. And when I gave it to her, she refused to let it go. Even when it meant "switching sides" on her parents to be with me. She was no coward when it came to protecting the better life she was building. And her heroism cost her comfort, peace of mind, emotional and mental security, safety from physical harm, and temporarily, her growth as a human being.

The ways her parents traumatized her seemed to refine the false idol she built herself to be. That idol was to be served, no matter the cost to its subjects. How she was abused, she abused me in our marriage. This is where I failed her.

The strong, persevering man I am endured all that I could, until I could not. I prepared a life outside of her and made it clear that she had drawn the last straw. I lost my strength over time as her trauma broke me down, to look and feel like she did. I could no longer be the "knight" she thought of me. I had to leave.

The fact that we're still married is nothing short of an elegantly-wrapped gift. We need each other. And we are still understanding one another. Though our collective trauma seems to eclipse the light of our world at times, we rise to face it, cause it to submit to us, and live on to fight another day.

Broken and battered, we fight for our marriage and the better life we dream of. What we're building can not be as we are. A hero recognizes their kin, and I see my heroine, struggling, but surely triumphing.

More stories from Trevon Mosby and writers in Families and other communities.