The Liberating Moment of Extreme Loss

What you do with loss is up to you. 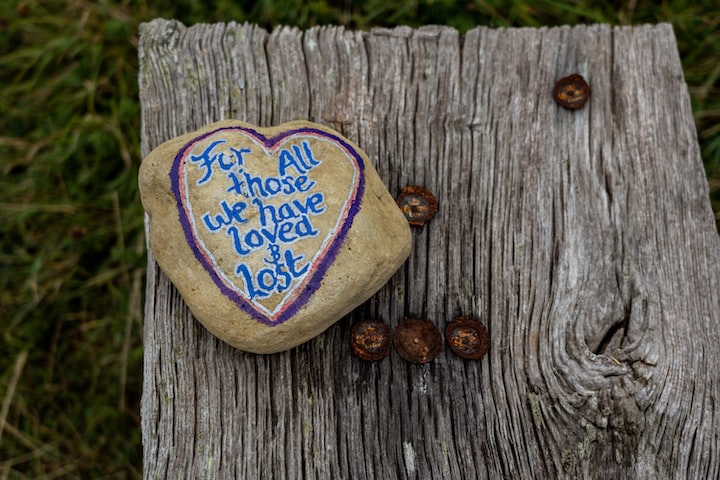 A cautionary caveat before I go any further: how a person deals with loss and suffering is deeply personal. It is up to that person alone to decide what, if anything, they’ll do with their own loss. It is also up to them to decide if their suffering needs to be given any meaning or if it will be suffering for the sake of suffering alone.

Kim always wanted a large family. After marrying, she and her husband started a family right away.

Their oldest son was only 22 months old when their third child, a daughter, was born. Her was diagnosed with cancer when his baby sister was just a week old.

Shortly after their son’s diagnosis, Kim’s husband was also diagnosed with an aggressive and rare form of cancer. Kim’s oldest son died, followed three weeks later by her husband.

Later, another son followed his father and brother in death. Kim’s daughter also had to endure a difficult battle with cancer.

I can only imagine the terrible, devastating loss Kim must have felt. Kim, through her own furnace of application, chose to turn outward; to use her own experience to help families, particularly those dealing with childhood cancer. But she had to make a conscious choice not to give in or give up because of her grief.

There are so many people in the world who deal with horrific loss. In no way do I want to diminish what they’ve experienced and are experiencing. There is, however, something liberating about that kind of loss. Such terrible loss has a way of releasing a person from feeling the need to live up to anyone else’s expectations of them. That type of loss often leads to contemplating and focusing on the things that really matter in life.

Suffering can, by way of grace, be given a purpose. In addition to being relieved, it can be redeemed.

I love the idea of suffering being redeemed. To redeem is to gain or regain possession of something in exchange for payment.

In one form or another, suffering finds us all. It can, however, have a purpose. How people turn suffering into helping others is remarkable to me.

You probably know or have heard stories about someone like the few examples above. They are remarkable people who have done remarkable things to improve the lives of others in spite of their own suffering. They are people who seem to innately understand what Howard Hunter once said:

Whatever the sorrow, whatever the concern, whatever the pain and anguish, look for a way to turn it to beneficial use — perhaps in helping others to avoid the same problems, or perhaps by developing a greater insight into the feelings of others who are struggling in a similar way.

Of course, it’s not my place to judge how someone responds to intense suffering. I think most people, at least for a time, have to retreat inward as a mechanism of dealing with such sorrow. However, in order not to be consumed by it, the sufferer also has to rise above it.

The refiner’s fire is real, and qualities of character [that] are forged in the furnace of affliction perfect and purify us.

Empathy, the ability to understand and share the feelings of another, and encouragement, the capacity to give support or home to someone else, are two defining characteristics of those who come through the “refiner’s fire” with a desire to lighten the burdens of others.

More stories from Aaron Pace and writers in Families and other communities.