by BlaqueNerd 2 years ago in immediate family
Report Story

Why Christmas photos are never a good idea. 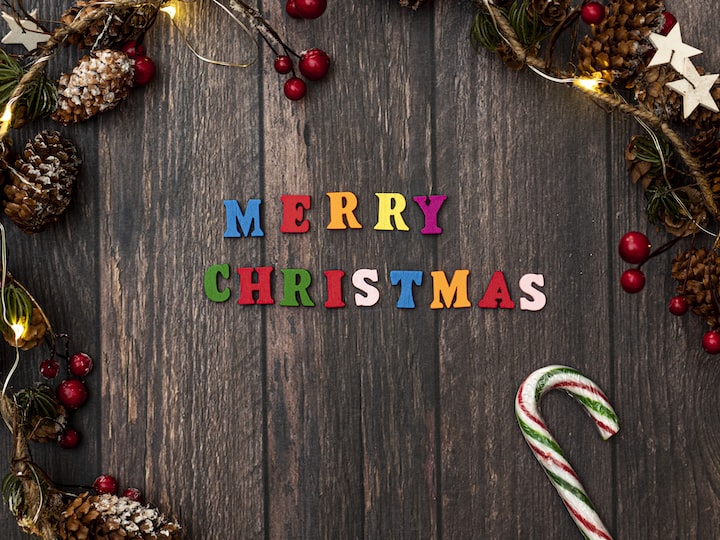 Christmas should be the one time that you and your family dwell on the happiest moments of your life. However, this can at times be ruined by something so embarrassing that it makes you never want to show your face again. I’ve gotten a little ahead of myself though, let us start at the beginning.

The year is 2008, and a young Daisy is bright-eyed and excited about Christmas. Little does she know, this will be the one year she wishes everyone suddenly had amnesia. It started normal enough; she woke to breakfast cooking, her father’s doing. The tree sparkled and shimmered in multiple colors of red, blue, and yellow. Daisy always admired the view of a fully decorated tree and stepped closer. She didn’t mind the view of the gifts beneath either. They weren’t the best wrapped because her father is downright awful at wrapping gifts. The tape was far too thick, and the paper stretched to its limit, even tearing slightly at sharp corners. These were the things she enjoyed the most, though. Imagining her father taking time out to at least try to wrap his gifts so she would be surprised. It was the icing on top of what was already the makings of a great day.

Upon noticing her interest in the gifts, her father shooed her away for fear of her glimpsing her items too soon. With a chuckle, she fled to the kitchen where they enjoyed a breakfast of pancakes, cheesy eggs, and sausage. What her father lacked in present wrapping, he more than made up for in cooking. The breakfast was divine, and it set her belly right for the day. Her home was close to her grandmother, which was great as all the family often came to visit for the holidays. She quickly showered and dressed to go to visit her nana; another favored by Daisy. Her grandmother was a hoot and could always keep Daisy smiling or laughing. Sure enough, that happened. She entered her grandmother’s home to find several aunts, uncles, and cousins chatting and laughing. Inviting her to join in their joyous merriment. They spoke about everything from gifts, past Christmas moments, and Christmas dinner.

Around this time, one of her aunts informed everyone there would be a family Christmas photo done. This was exciting, despite loving Christmas so much they rarely did family photos with everyone there. They had a large family, so it’s never easy to get everyone gathered at once. This rare time had them all buzzing with excitement, especially Daisy. The sixteen-year-old tween instantly went home to decide what she wanted to wear for the photo. Her clothing collection wasn’t the largest, but she always did something nice. The actual issue was her hair; it had been an issue for most of her youth. Either she had too much or not enough to make it easier on herself she did a wig. These days, wigs are very common for women. However, at this time it wasn’t very fashionable, especially for girls her age. She didn’t mind, though; it saved her a lot of time. She did her best to smooth the hair down and apply a light coat of makeup before returning to her family. Once they were all gathered, they drove to the photo location. It was adorable. A snowy backdrop with a large candy cane read, “The North Pole” was the scene for the photo. A plastic Santa stood near the backdrop, jolly and shiny. Similarly created elves surrounded him to fully bring the scene to life. Daisy’s family entered all wearing a different shade of a color, though they somehow all subconsciously agreed that some form of green, white, or red would be included in this photo. I’d like to say that it looked nice, but instead, it looked like someone melted a box of various colored candy canes. However, we have not reached the horrible part yet.

While there, they each were offered time with a woman who would touch up their appearance for an extra payment. Daisy, of course, didn’t do it; she did her makeup and would not pay someone to do this, for her, again. She used her fingers to comb through her hair and make sure all was well. The agreement was to each take separate photos and then some family photos. This went off without a hitch. The family was content to get together and do their own thing. One-by-one each person went up, some posed as though this was a fashion shoot while others thought they were taking yearbook photos. Daisy being awkward was as stiff as a board when her time came up, the photographer asked if she wanted to see anyone to touch up her look. Daisy assured them she was fine and took the instructions given to look less like a statue and more like a human with a beating heart. Putting on her biggest smile, she tried her hardest. It was easier for her when the family photo came because she was comfortable around her family. This one took a bit longer because of positioning and the constant laughter among family members. Once it was all done, they went home with the promise of getting their photos before Christmas Day.

The rest of the day went on as it normally did, Christmas music, socializing with family, and the simple enjoyment of being near those you love. Later in the evening, my aunt returned home with the photos. She went out of her way to make multiple copies to ensure everyone got a few to display in their home. Daisy greedily accepted her photos, excited to have this memory saved forever. That excitement lasted only a second as her eyes rested on the horror that was her hair. In her mind, she imagined she looked decent. However, in the photo, her wig was nothing similar to decent. Other than it being pushed back and obviously clear that she was wearing a wig, a back portion of the hair was raised upwardly, stiff and unyielding. It reminded her of a more exaggerated version of Alfalfa. She could not believe that her hair looked like that all day and she had not noticed. She went to a mirror and sure enough, her hair was ruined. Daisy questioned her family about it, wondering why no one told her. While they all found it hilarious, they thought she knew and did not care. Daisy had a flashback to the photographer asking if she wanted her to look touched up and saw that question in a new light. Everyone looked polished and beautiful in the photos, even with the awful mixing of the colors. Meanwhile, Daisy looked rigid, awkward, and a little crazy with her hair. What made this worse is that everyone had a copy of the family photo, the embarrassment warded her off from ever taking family photos again. Even now, the thought of taking a family photo gives her embarrassment so deep she might faint from it.

The photo has since then been mostly forgotten or lost, but the memory will forever remain. A reminder to always keep a mirror with you, or to choose better wigs. I wish I could tell you this is the first bad hair day she has had, but I can tell you it was probably the worst. One she hopes her family willfully forgets in time. I hope my embarrassing story makes you feel better about yours. At the end of the day, it was all fun and love. The embarrassing moments are often our favorite, even when it makes us want to crawl under the bed and never reveal our face again. I wouldn’t erase that day if I could, at least not from my own mind. Thank you for reading and I pray you to have a blessed Christmas!

More stories from BlaqueNerd and writers in Families and other communities.