Thanks for Not Being Bald, Dad... 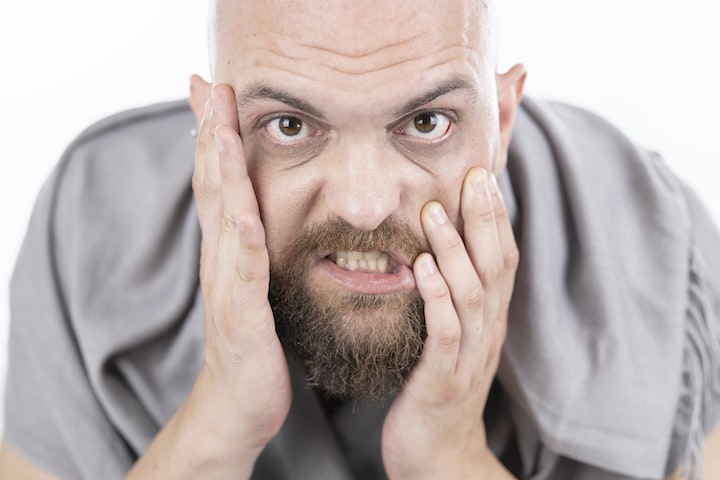 Thanks for not being bald.

You may be wondering where this is coming from. Well, having a bald father increases your chances of becoming bald yourself. Significantly, from what I've heard.

It's not that I have anything against baldness. I think some people look fantastic with the sleek, aerodynamic appearance, but let's face it, I'm not exactly Vin Diesel material. I'm far too scrawny for that. If I were to go bald, people would take one look at my thin physique and tired eye bags and ever so pitifully ask, "how long do you have left?"

I couldn't do it. Baldness just isn't meant for me.

So I'm sure you can begin to understand why, when I realised the other male figures in our family have about as much head hair as a carton of eggs between them, I descended into panic. What a terrible influence they've been - on the gene pool I mean.

Yet, being your son gave me hope. You're almost 60 now (sorry to point that out), and your hair still grows as strongly as ever. I can't express how grateful I am that you've blessed me with genes that shall defend my hairline as I grow old from the, dare I say it, *recession*.

I can't imagine having such little hair left that I can no longer tell when my face ends and my scalp begins. At what point would I stop with the facewash? At the frown lines? Or would I just keep going until I reached the back of my neck? Most likely you don't know the answer, and that terrifies me.

You see, I think every child is raised believing their parents have the answer to everything, and no matter what they say, it's interpreted as an absolute truth. Whether it was the deepest mysteries of the universe, how the weather worked, or how to start a lawnmower, I could ask you anything and you would have the answer.

It sounds so unbelievable now that I look back on things, but you would often pretend you didn't know how to do basic maths, something I've since learned you're rather proficient at, in order to make 9-year-old me feel like an absolute genius when I recited my multiplication tables for homework. It worked. Maybe it was based on a false belief at first, but little things like that made me feel like I really could find a solution to even the most difficult problems. After all, I was even smarter than the smartest man in the world.

I think that really set me up for life. I did well in school, and went on to do well in University because I kept that feeling with me, that feeling of capability, of faith, of your belief in me, the entire time.

As I grew older, I started to realise you didn't actually have the answer to everything. I began to see life through a more realistic lens, and for the first time, I saw you as more human than superhero. Don't get me wrong, you still amaze me, even to this day, but there were moments when you really showed your human side, and it occurred to me that maybe you weren't bulletproof after all. I'm talking about times like the one when you cried after I came out, not because you were ashamed of me, but because you were ashamed of yourself for not making me feel like I could have done it sooner. It was moments like these that proved to me, once and for all, that you weren't perfect. You didn't have the answer to everything, and that came as a shock, I must admit.

Yet even in those moments, you taught me another life lesson. No one is perfect. We're not meant to be. We can't be. We're all fundamentally flawed, and that's ok. What matters it that we do the best we can with what we have. What truly matters is that we love unconditionally, that we always, always try to better ourselves, and that we embrace and learn from our mistakes rather than merely regretting them.

So I owe you my thanks, Dad, because these things made me the person, the man, I am today, and I want you to know that I appreciate them. Thanks for teaching me everything you knew, as well as how to cope with everything you didn't. Thanks for showing me it's ok to be human. Thanks for making me feel like I could take on the world, and thanks, (truly) for not being bald.

Because, after all, Dads are no joke, but neither is hair loss.

More stories from J. R. Lowe and writers in Families and other communities.